At least 77 people have died from Hurricane Ian, which has caused millions in damage in both Florida and South Carolina

Dozens of Florida residents left their flooded and splintered homes by boat and by air on Saturday as rescuers continued to search for survivors in the wake of Hurricane Ian, while authorities in South Carolina and North Carolina began taking stock of their losses.

The death toll from the storm, one of the strongest hurricanes by wind speed to ever hit the U.S., grew to 77, with deaths reported from Cuba, Florida and North Carolina. The storm weakened Saturday as it rolled into the mid-Atlantic, but not before it washed out bridges and piers, hurdled massive boats into buildings onshore and sheared roofs off homes, leaving hundreds of thousands without power. 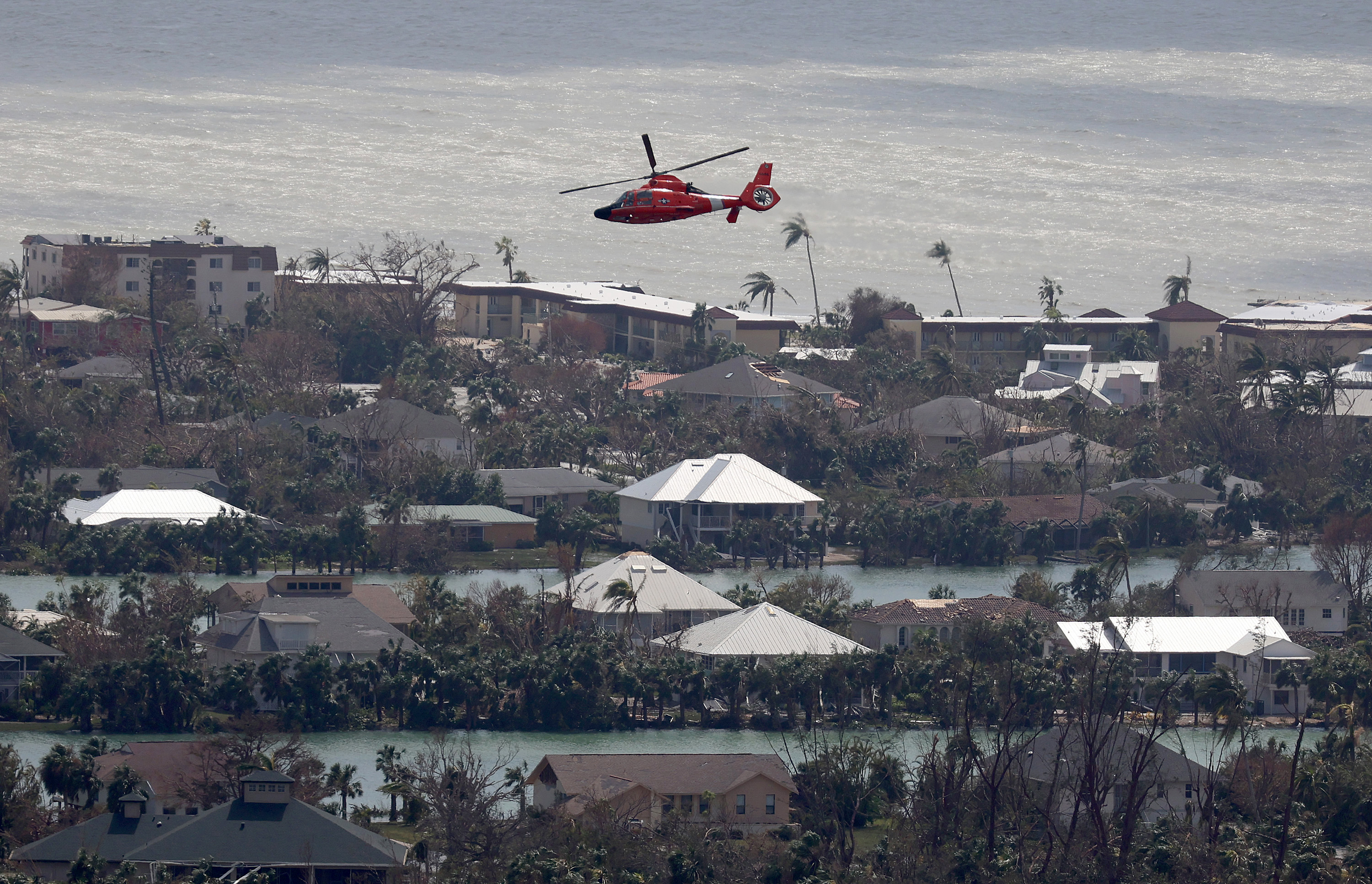 Ian Shows the Risks and Costs of Living on Barrier Islands

The 77 confirmed storm-related deaths were recorded in Florida, according to a tally by state officials and an NBC News count. And with rescue efforts ongoing and the floodwater receding in places littered with wrecked homes, local officials warned the death toll could still rise.

“Since this operation started for us, just hours after the storm made landfall, we’ve been able to rescue 325 people and more than 100 pets,” Rear Adm. Brendan McPherson told the Today Show on Saturday morning.

As of Saturday, more than 1,000 people had been rescued from flooded areas along Florida's southwestern coast alone, Daniel Hokanson, a four-star general and head of the National Guard, told The Associated Press while airborne to Florida.

Later in the evening, the White House announced that President Joe Biden and first lady Jill Biden would travel to Florida on Wednesday. No other details of Biden's visit were immediately released.

Chris Schnapp was at the Port Sanibel Marina in Fort Myers on Saturday, waiting to see whether her 83-year-old mother-in-law had been evacuated from Sanibel Island. A pontoon boat had just arrived with a load of passengers from the island — with suitcases and animals in tow — but Schnapp’s mother-in-law was not among them.

“She stayed on the island. My brother-in-law and sister-in-law own two businesses over there. They evacuated. She did not want to go," Schnapp said. Now, she said, she wasn't sure if her mother-in-law was still on the island or had been taken to a shelter somewhere.

On Pine Island, the largest barrier island off Florida’s Gulf Coast, houses were reduced to splinters and boats littered roadways as a volunteer group went door-to-door Saturday, asking residents if they wanted to be evacuated. Helen Koch blew her husband a kiss and mouthed the words “I love you” as she sat inside a rescue helicopter that was lifting her and seven of the couple’s 17 dogs to safety.

River flooding posed a major challenge at times to rescue and supply delivery efforts. The Myakka River washed over a stretch of Interstate 75, forcing a traffic-snarling highway closure for a while Saturday on the key corridor linking Tampa to the north with the hard-hit southwest Florida region that straddles Port Charlotte and Fort Myers. Later Saturday, state officials said, water levels had receded enough that I-75 could be fully reopened. However, they said monitors were out keeping close watch on constantly changing river levels.

While rising waters in Florida’s southwest rivers have crested or are near cresting, the levels aren’t expected to drop significantly for days, said National Weather Service meteorologist Tyler Fleming in Tampa.

Elsewhere, South Carolina's Pawleys Island — a beach community roughly 75 miles (115 kilometers) up the coast from Charleston — was among the places hardest hit. Power remained knocked out to at least half of the island Saturday.

Eddie Wilder, who has been coming to Pawleys Island for more than six decades, said Friday's storm was “insane to watch.” He said waves as high as 25 feet (7.6 meters) washed away the local pier — an iconic landmark — near his home.

“We watched it hit the pier and saw the pier disappear,” said Wilder, whose house 30 feet (9 meters) above the ocean stayed dry inside. “We watched it crumble and and watched it float by with an American flag."

The Pawleys pier was one of at least four along South Carolina’s coast destroyed by battering winds and rain. Parts of the pier, including barnacle-covered pylons, littered the beach. The intracoastal waterway was strewn with the remnants of several boat houses knocked off their pilings.

Drone footage taken before and after Hurricane Ian slammed into Punta Gorda, Florida, on Wednesday reveals the devastating levels of flooding and destruction left by the storm.

John Joseph, whose father built the family’s beige beach house in 1962, said Saturday he was elated to return from Georgetown — which took a direct hit. He found his Pawleys Island home entirely intact.

“Thank God these walls are still here, and we feel very blessed that this is the worst thing,” he said of the sand that swept under his home. “What happened in Florida — gosh, God bless us. If we’d had a Category 4, I wouldn’t be here.“

In North Carolina, the storm claimed four lives and mostly downed trees and power lines, leaving over 280,000 people statewide without power Saturday morning, officials said. Two of the deaths were from storm-related vehicle crashes while officials said a man also drowned when his truck plunged into a swamp, and another man was killed by carbon monoxide poisoning from a generator in a garage.

In southwest Florida, authorities and volunteers were still assessing the damage as shocked residents tried to make sense of the disaster.

“I want to sit in the corner and cry. I don’t know what else to do,” Stevie Scuderi said, mud clinging to her purpole sandles as she shuffled through her mostly destroyed apartment in Fort Myers.

On Saturday, a long line of people waited outside an auto parts store in Port Charlotte, where a sign read, “We have generators now.” Hundreds of cars were lined up outside a gas station, and some people walked, carrying gas cans to their nearby cars.

At Port Sanibel Marina in Fort Myers, charter boat captain Ryan Kane inspected damage to two boats Saturday. The storm surge pushed several boats and a dock onshore. He said the boat he owns was totaled so he couldn't use it to help rescue people. Now, he said, it would be a long time before he'd be chartering fishing clients again.