Winslow had already been convicted in a 2019 jury trial of rape, indecent exposure and other crimes involving three women, but the jury hung on counts involving the other two victims

The 37-year-old son of former San Diego Chargers legend Kellen Winslow agreed to the 14-year sentence last month through a new plea deal that had him admitting to assault with intent to commit rape in connection with one of the victims.

The younger Winslow had already been convicted in a 2019 jury trial of rape, indecent exposure and other crimes involving three women, but the jury hung on counts involving the other two victims. Winslow later pleaded guilty to counts related to the other two women and was facing up to 18 years in prison until the new plea agreement was reached in February.

On the original charges, he faced a potential life sentence. 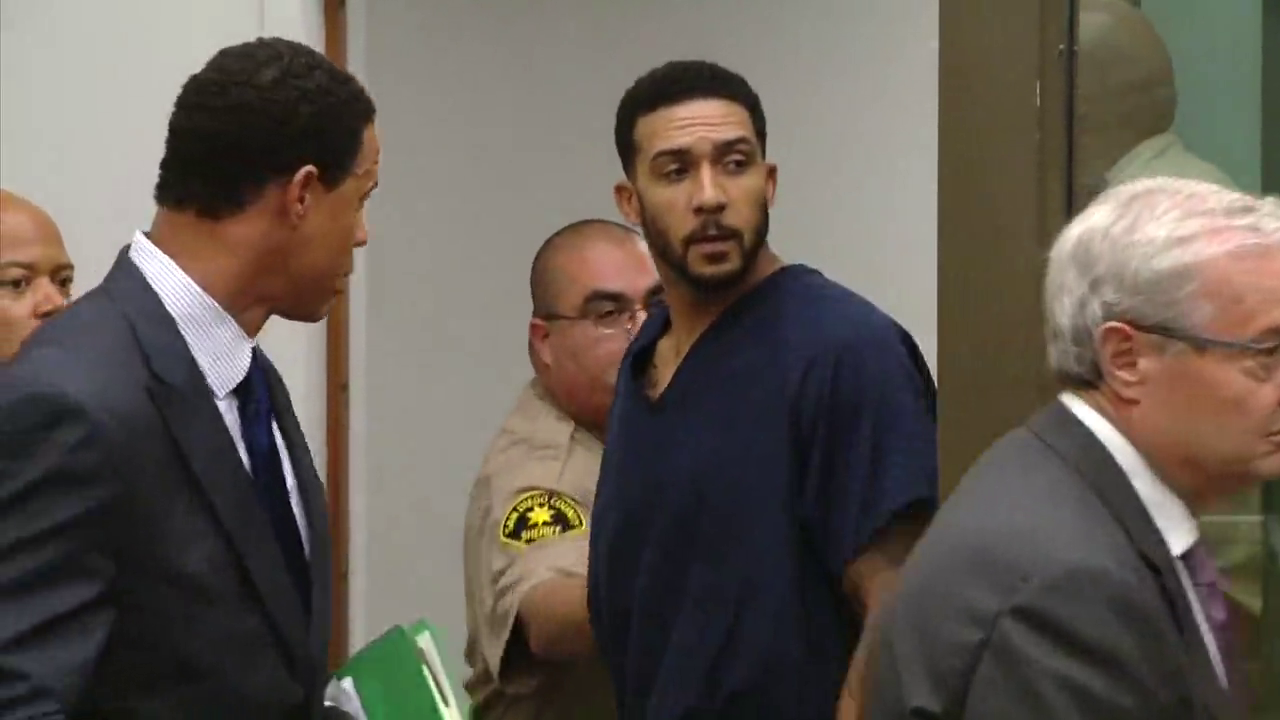 At Winslow's sentencing, which was conducted via video conference due to the coronavirus pandemic, four of the five victims, and one woman's husband made statements about the pain caused by Winslow's crimes.

Jane Doe 4, who was 17 years old when she was raped by Winslow at a Scripps Ranch house party in 2003, said reliving the events of that day as she testified multiple times against Winslow was devastating.

“Playing the event over and over again shook every bone and nerve in my body," she told the court through tears.

Jane Doe 2, who was homeless when she was raped by Winslow in May 2018, said Winslow was a "truly dangerous" man.

"No one has the right to take someone’s life when it is not your life that has been taken, it’s mine and it’s the other victims. If you don’t think rape affects another human being’s life, your damn wrong,” she testified.

"You brought so much damage to my life," she directed towards Winslow.

At this point, CTE cannot be diagnosed without dissecting the brain. NBC 7's Danny Freeman investigates.

A masked Winslow moved around in his chair, at times crossing his legs and intertwining his fingers, as he listened to the women's testimonies.

When asked if Winslow had anything to say to the victims, the former football player said, "I have been advised by my lawyers not to speak right now, but I do plan in the future to tell my story."

Winslow's defense attorney argued Winslow's sentencing should be lightened because he has "accepted responsibility. He entered a guilty plea."

He said that while Winslow admitted to the crimes, he was going through a difficult time in his life due to what could be Chronic Traumatic Encephalopathy, a degenerative brain disease found in some athletes, depression and anxiety.

"You got a guy here, he's 37 years old. He was a family man. He has two kids, two young kids -- a boy and a girl -- who are basically his pride and joy. And all he really wants to do is get back to those children," his attorney said.

In his original trial, Winslow was convicted of raping Jane Doe 2; exposing himself later that month to Jane Doe 3, who was gardening in her front yard in Cardiff; and touching himself in front of a 77-year-old woman, Jane Doe 5, at a Carlsbad gym in February of 2019 -- after Winslow had already been arrested, charged and released on bail.

But, even after six days of deliberation, the jury could not reach a consensus on whether Winslow raped a hitchhiker, Jane Doe 1, in 2018, or if he committed the 2003 rape of Jane Doe 4.

A second trial was in the works on those two charges when Winslow entered guilty pleas the day the retrial was set to begin.

Deputy District Attorney Dan Owens said at trial that none of the five women knew each other, yet their accounts yielded common details and similar physical descriptions of the suspect.

Winslow's attorneys argued the opposite and pointed out the inconsistencies in their testimonies. They told jurors that the charged incidents were either consensual or never occurred at all.

But the judge agreed with prosecutors that there were indeed consistencies between the victims Winslow chose.

"The vulnerability of the victims was no accident."

Winslow II grew up in San Diego and attended Patrick Henry and Scripps Ranch high schools before heading to the University of Miami. His NFL career included stints with Cleveland, Tampa Bay, New England and the New York Jets between 2004 and 2013, and a Pro Bowl appearance in 2007. He is the son of former Chargers Hall of Famer Kellen Winslow.

Jane Doe 1 A 54-year-old woman identified was raped on March 17, 2018, when a man in an SUV stopped to pick her up as she was hitchhiking in Encinitas. She got into the vehicle with the man who identified himself as Dominic on Lake Drive and was raped less than 4,000 feet from where she was picked up, detectives said.

"I was so scared when he raped me that every black jeep could be him," Jane Doe 1 said at Winslow's sentencing. "I can’t believe he could be so nasty… He scared me so bad knowing now that he was my neighbor and I couldn’t believe an NFL football player could take advantage of me."

Jane Doe 2 said a man in an SUV picked her up on Vulcan Avenue in Encinitas and raped her along Manchester Avenue in May 2018. She said she got in the car with the man whom she claimed was Winslow because she “felt safe” at the time. And then during the alleged assault, Jane Doe 2 said Winslow put his hands around her throat when she began to scream.

Jane Doe 3 said a man exposed himself to her while she was gardening at a residence on Lake Drive in Vista on May 2018. "The day I was cutting flowers, and then I saw him, I was walking toward the orange tree and then he was following me, and then he took his pants, and then exposed his penis to me.” Jane Doe 3 said she did not get a good look at the man’s face, partially because not looking directly at a stranger is part of Vietnamese culture. She also testified she did not want to look at the man’s face after she realized what was happening.

Jane Doe 4 and Winslow met at a party in Scripps Ranch. Jane Doe 4 was 17 years old at the time, and 19-year-old Winslow was attending the University of Miami. Jane Doe 4 said the two of them initially flirted with each other. “Light flirting, you know, sitting close, nudging each other – just being silly, flirty teenagers.”

At another party that same month, Jane Doe 4 was reportedly raped in a Scripps Ranch townhouse while she was unconscious. Allegedly there was another man present. “I opened my eyes and my face was being pushed into (Winslow’s friend’s) groin area,” Jane Doe 4 testified. “He was holding onto my hair. And I’m pushing with both of my hands to get these guys to stop, and I just keep telling them to stop.” After she continued to say stop, Jane Doe 4 claimed Winslow’s friend stopped and forced Winslow to stop. Jane Doe 4 then left the townhouse.

Winslow had already been arrested in connection with what was suspected to be a burglary in an Encinitas senior community and was out on bail at the time of the exposure incident.

In the burglary incident, which occurred on June 1, 2018, a 71-year-old woman was home when a man came through her laundry room through a back door.

The woman tried confronting the man, later identified as Winslow. When confronted, the person said, Winslow said he was looking for a red dog named Clifford. The woman took a picture of the intruder's vehicle plate, which led to Winslow's arrest on June, 7, 2018.