The governor urged people to practice social distancing and follow health guidelines as the new, more contagious variant spreads in the U.S.

Gov. Charlie Baker on Tuesday said his administration is working under the assumption the new, more contagious variant of the coronavirus has arrived in the state, urging residents to continue following health guidelines.

"I think most of us are working on the assumption that it's here," Baker said at a press conference at Baystate Medical Center in Springfield. "There would be no reason not to."

At least four states have recently confirmed the presence of the new virus: New York, Colorado, California and Florida. The first U.S. case of the U.K. virus was detected by health officials in Colorado at the end of December in a man in his 20s who also had no recent travel history.

Massachusetts has yet to officially join those states. The governor said the Department of Public Health was sending COVID-19 case data to the Centers for Disease Control and Prevention, which he said was ultimately responsible for determining where in the country the new variant has spread.

Still, Baker underscored the need for people to refrain from unnecessary social gatherings and follow guidelines set forth by the state.

"I'll go back to my little speech about how important it is for people to wear masks, maintain distance and recognize and appreciate that when you're not with the people you live with, you really ought to be very vigilant and careful and cautious about your physical engagement with other people," he said.

"Everything we can do to be vigilant is going to protect you and the members of your family from getting the virus or potentially giving it to someone else."

Meanwhile, Baker said the speed at which the state progresses through its phased vaccination plan will depend on guidance from federal authorities about the availability of vaccines.

Under the current structure, Baker said the state gets "a few days notice about how much and when" shipments arrive.

"We'd love to see it a longer than that, so we can plan a little farther down the road," he added.

According to health officials, 287,000 doses of COVID-19 vaccines have been shipped to providers in the state as of the end of last weekend, over 116,000 of which have been administered and recorded. Over 70,000 COVID-facing health care workers have been vaccinated.

The remarks came after the governor on Monday announced that people age 75 or older had been moved higher up in the order of the state's vaccination plan; and that first responders will begin receiving vaccination shots next week.

The 75-plus age group is now part of Phase 2, Group 1 in the rollout, joining people with two co-morbid conditions as those considered at high risk for complications from COVID-19. They had previously been listed later in Phase 2. (See Massachusetts' full COVID vaccine timeline here.)

The change affects about 170,000 people and was recommended by the state's advisory board.

But the next set of people who will receive the vaccine are the state's roughly 45,000 first responders, the third of seven groups in Phase 1, who can begin to be vaccinated starting next Monday, Jan. 11.

"Police officers, firefighters EMTs and all first responders work in risky situations every day and this vaccine will protect them from COVID and the terrible illness that can come with it," Baker said during a press conference Monday.

There are three options for getting the vaccine, outlined on the state's first responder vaccination website:

The president of the Massachusetts firefighters union said the mass vaccination sites will likely include Fenway Park, Gillette Stadium and the Big E fairgrounds. Asked to confirm those locations, Baker and Sudders said they are still waiting for contracts to be signed before sharing more information later this week.

The Department of Public Health will be sharing a new interactive, user-friendly dashboard with information about COVID-19 in the state.

Firefighters have criticized the intended approach for first-responder vaccination, saying that local boards of health "are not structurally prepared" for it. Baker has said the state's approach will need to work from an administrative and data-reporting perspective, and take into account that communities structure their public safety programs in different ways.

Baker said while it remained too early to draw definitive conclusions, it appeared the state is seeing a uptick in coronavirus hospitalizations stemming from the December holidays.

Baker added the average age of people hospitalized has increased to 73 years old, up from 61 at the beginning of November.

"We're obviously going to pay a lot of attention to that data over the course of the next few days," Baker said.

Governor Charlie Baker said that residents need to stay safe as we go into a new year.

The percentage of coronavirus tests coming back positive, on average, has ticked up to 8.5%, the department said.

The number of patients hospitalized for COVID-19 has increased again, to 2,339. Of those hospitalized, 423 were listed as being in intensive care units and 258 are intubated, according to the health department.

Baker's new coronavirus restrictions took effect last month in Massachusetts. They include a crack down on gatherings and businesses and a requirement that hospitals halt most elective surgeries.

Beginning Saturday, Massachusetts businesses will only be able to operate at 25% capacity, down from 40%. The gathering limit is also being reduced to 10 people inside and 25 outside under Gov. Charlie Baker's latest round of restrictions.

Massachusetts hospitals must push back or cancel most elective inpatient invasive procedures that are nonessential as well, the state has announced. 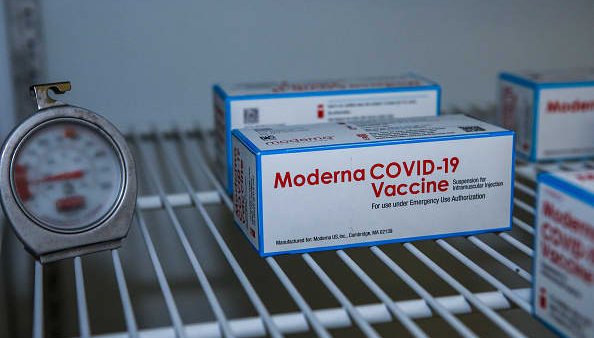 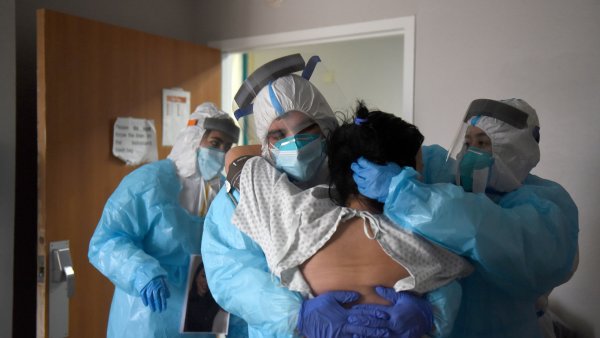 A Year Since Covid First Emerged in China, the World Battles Its Deadliest Surge Yet