With Thanksgiving just over a week away, Massachusetts transportation officials and AAA are warning that travel is predicted to near — or maybe even exceed — pre-pandemic levels.

The good news is that experts say flying won't be as chaotic as it was last year. Airlines have hired more staff and have already made adjustments to schedules, AAA said.

This travel season is expected to be the busiest, though, since before the pandemic. If you're driving this year, you can expect a whole lot of company on the roads — 49 million people are expected to be traveling by car, despite higher gas prices, AAA predicts.

Top Massachusetts transportation officials agreed. At a briefing Wednesday, they said roads in the Bay State will be much busier than the last few years, and will possibly exceed the pre-pandemic levels.

"There will be a lot of people on the roadway and we want to ensure that everyone gets to their destination safely," state Highway Administrator Jonathan Gulliver said.

Demand is growing and prices are skyrocketing for travel ahead of Thanksgiving and Christmas.

Thanksgiving road congestion will actually begin this Thursday, a week before the holiday, according to Gulliver. Roads are expected to be busier than usual into the weekend, and congestion will be "very, very heavy" Tuesday and Wednesday afternoons.

He noted that, where most people used to travel after work Wednesday, "we've seen that people are spreading out a little bit more," making impacting the Tuesday-before-Thanksgiving commute as well.

But Sunday will have "by far" the worst congestion of the week, as people head home.

The Department of Transportation released this calendar showing when to expect major delays on major highways between the Monday and Sunday bookending Thanksgiving.

Massachusetts Secretary of Transportation Jamey Tesler urged people to drive carefully, even when traffic is bad.

"We do not want to have our Thanksgiving holidays interrupted by any tragic incident on our roadways," Tesler said.

This year will mark the third-busiest Thanksgiving travel period since 2000, with 98% of the volume compared to pre-pandemic years, according to AAA.

"That means people want to get out there," AAA spokesperson Aixa Diaz said. "A majority of people will be driving to their destinations similar to last year, 49 million and 4.5 million are going to be flying and that’s an increase in air travel of 8% over 2021." 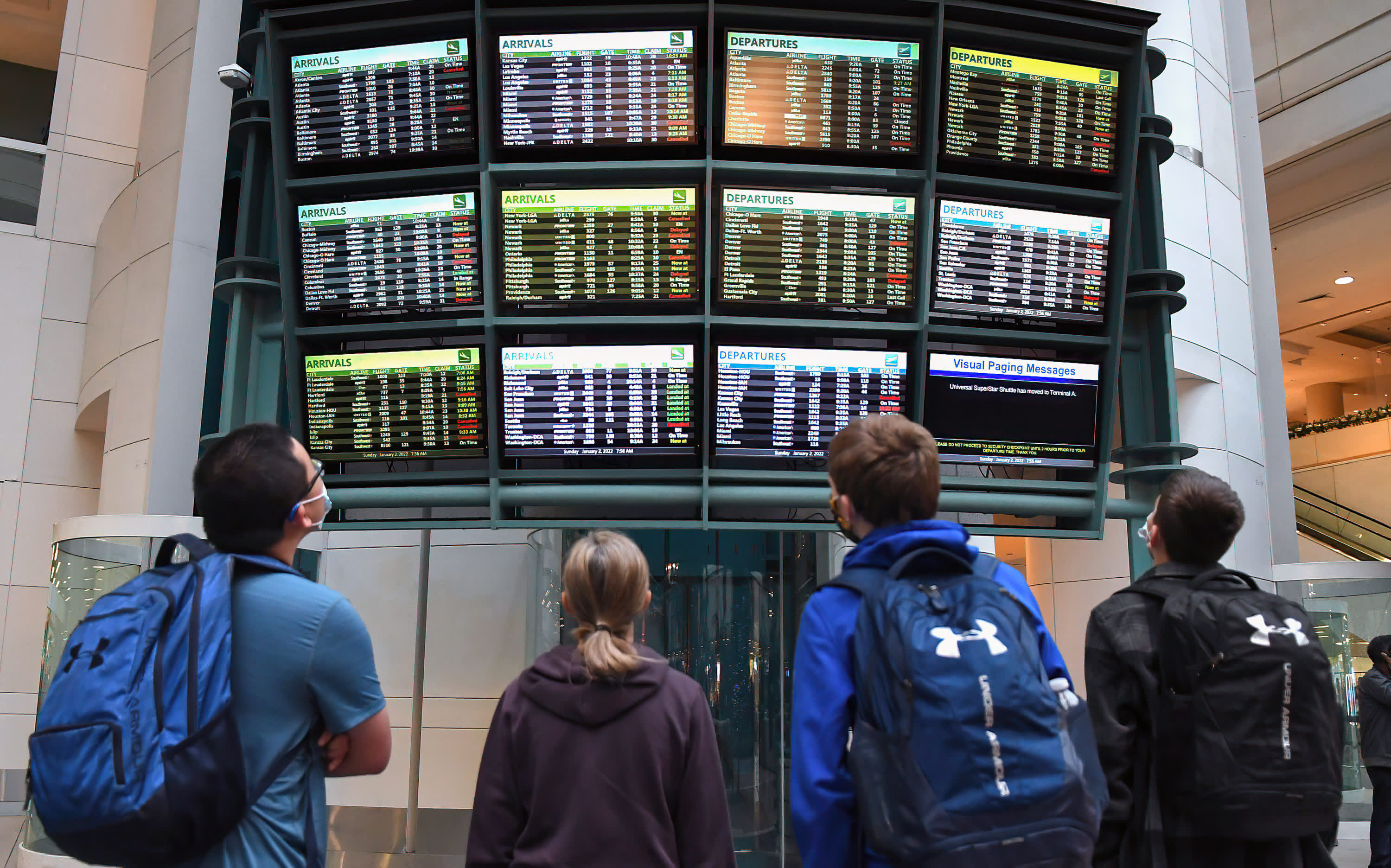 Flying Home for the Holidays Will Cost You More This Year