The Mayflower II, a replica of the ship that brought the Pilgrims to the New World 400 years ago, returned to Plymouth Harbor to much fanfare

The replica of the original Mayflower ship that brought the Pilgrims to Plymouth, Massachusetts, in 1620 returned to the coastal town after undergoing a multimillion-dollar renovation in Connecticut over the last three years.

The 64-year-old reproduction finally arrived back at the harbor, just down the road from the Plimoth Plantation living history museum, after an $11.2 million renovation project in Mystic, Connecticut, and several months of delays caused by the coronavirus pandemic.

The ship will be open as an exhibit at the Plimoth Plantation starting Wednesday. Timed tickets will be on sale at the museum's website to keep patrons socially distant.

Colton Bradford learns about the Mayflower, its restoration and big plans to sail to Charlestown later this year! [Sponsored}

The Mayflower II departed from Bourne Monday after spending the weekend there.

It made its way through the Cape Cod Canal before being towed to its berth in the harbor.

People who came out to see it said they wouldn't have missed it for anything.

"We couldn't believe the colors. It was awesome, just beautiful," Gilligan said. "Before it was all dull."

The original plan had called for a celebratory departure in late April with several stops at southern New England ports before a May arrival. That was to include being led into Boston Harbor under sail with the USS Constitution for a maritime festival to mark the 400th anniversary of the original Mayflower voyage.

But those plans were scrapped because of the pandemic.

A restored replica of the ship that pilgrims sailed to Plymouth in 1620 was launched at the Mystic Seaport Museum in Connecticut on Saturday.

Another scheduled stop in Newport, Rhode Island, was canceled last week because of travel restrictions required of people who visit the state. Massachusetts Gov. Charlie Baker established a two-week quarantine requirement for people from Rhode Island or who visit three due to a rising number of coronavirus cases.

The Mayflower II also made an unscheduled stop in New Bedford, Massachusetts, last week to shelter during Tropical Storm Isaias.

The beloved vessel has been a major tourist attraction and educational tool since it arrived in Plymouth as a gift from England in 1957.

Stabilization efforts began in 2014, with the ship spending part of the year in Mystic. Continuous restoration work began at the seaport museum in 2016, with shipwrights from the seaport museum and artisans from Plimoth Plantation engaged in the work.

The ship's keel was saved, but nearly 75% of the vessel is new.

NBC10 Boston and our sister stations necn and Telemundo Boston are media sponsors of Mayflower Sails 2020. 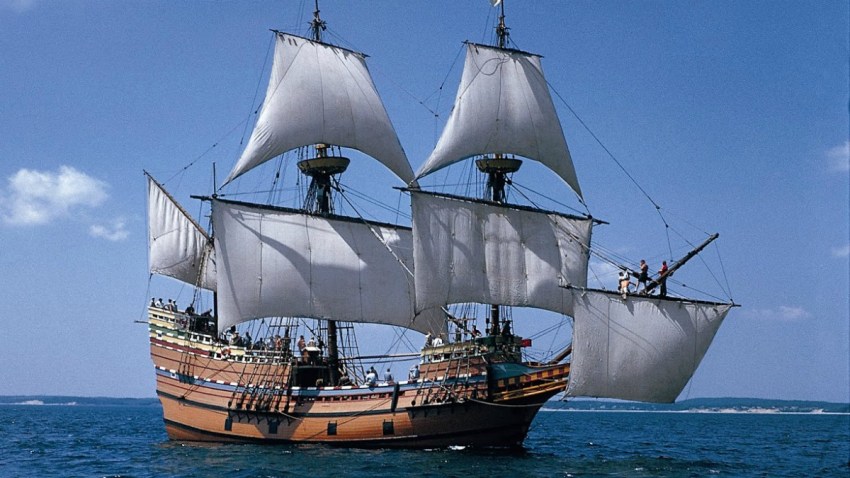