The first time officers shot rubber bullets at MSNBC host Ali Velshi and his crew Saturday night in Minneapolis, he was willing to believe that the officials didn’t know they were press. The second time, Velshi said, they knew and shot anyway.

“We put our hands up and yelled, ‘We’re media!’” Velshi said. “They responded, ‘We don’t care!’ and they opened fire a second time.”

Velshi, who said he was hit in the leg by a rubber bullet, is just one of many journalists across the country who sustained injuries from police or protesters while covering the George Floyd protests this weekend. And this occurred after Minnesota Gov. Tim Walz promised that journalists would not be interfered with following the Friday arrest of a CNN crew on live television and other reports of violence against reporters from the city where Floyd died, including freelance photographer Linda Tirado, who said she is blind in her left eye after being shot at by police.

Dan Shelley, the executive director and chief operating officer of the Radio Television Digital News Association (RTDNA), said while all the attacks on journalists were “outrageous and unacceptable" that he was particularly upset about the Minneapolis incidents that happened after the Governor made his reassurances.

“They started deliberately attacking journalists who were clearly identifiable and identifying themselves as journalists,” Shelley said. “We’ve heard a number of instances of police officers, either through their words or actions, saying that they just didn’t care. To be a journalist in the Twin Cities last night, particularly in Minneapolis, if you were just arrested, you were lucky.”

Protesters applauded as members of the NYPD joined them in kneeling during a protest in Queens.

Minneapolis Star Tribune reporter Chris Serres tweeted Sunday that he was twice ordered at gunpoint to hit the ground.

Serres wrote that he was, “Warned that if I moved “an inch” I’d be shot. This after being teargassed and hit in groin area by rubber bullet. Waiving a Star Tribune press badge made no difference.”

His Star Tribune colleague Ryan Faircloth’s car was also hit by what were “likely rubber bullets,” which shattered his window and left him with cuts on his arm and brow.

Los Angeles Times reporter Molly Hennessey-Fiske said in a video message on Twitter that she and about a dozen other press had identified themselves as such and that Minnesota State Patrol officers still “fired tear gun cannisters on us at point blank range.”

Hennessey-Fiske said she got hit in the leg. She said she asked the officers where they should go but they didn't give the reporters any direction.

“They just fired on us," she said.

Protests continued around the U.S. on Sunday. A peaceful protest was held in Minneapolis, the city where George Floyd died while in police custody, while other cities like Philadelphia and Santa Monica saw looting.

It wasn’t just Minneapolis where reporters found themselves in harm’s way. Saturday there were journalist injuries reported in cities like New York, Chicago, Washington D.C., Pittsburgh, Los Angeles, Philadelphia, San Diego, Detroit and Denver. Although the situation is fluid and developing, the RTDNA has counted more than 60 incidents across the country in the past 48 hours in which reporters have been, “injured, assaulted or harassed by either protesters or police officers.”

In Chicago, Vice reporter Michael Adams had a similar interaction to Velshi and Hennessey-Fiske when police raided the gas station he and his crew were sheltering at and said they “didn’t care” that they were press.

“After shouting press multiple times and raising my press card in the air, I was thrown to the ground,” Adams wrote on Twitter. “Then another cop came up and peppered sprayed me in the face while I was being held down.”

CNN commentator Keith Boykin was also arrested by the NYPD Saturday after he identified himself as press.

In Los Angeles, Lexis-Olivier Ray said an LAPD officer hit him in the stomach after he’d identified himself as a journalist “multiple times.”

A video shows a NYPD vehicle moving forward into a group of protesters.

In Washington D.C., Huffington Post reporter Philip Lewis tweeted that he was hit in the leg with rubber bullets.

And in Denver, 9NEWS reporter Jeremy Jojola tweeted that he got hit with, “Something fired by police” even though he was holding a camera and lights.

Sunday, he reflected that he’ll, “Never truly know if we were intentionally targeted or not. I’ll just say we were not doing anything wrong as we were in an area under curfew.”

Since the protests began, eight AP journalists have been hurt, though none seriously. Three have been hit by rubber bullets, one was punched, another was knocked down and others fell.

The acts of violence and deliberate harassment are further distressing to Shelley because it’s distracting from the real story. 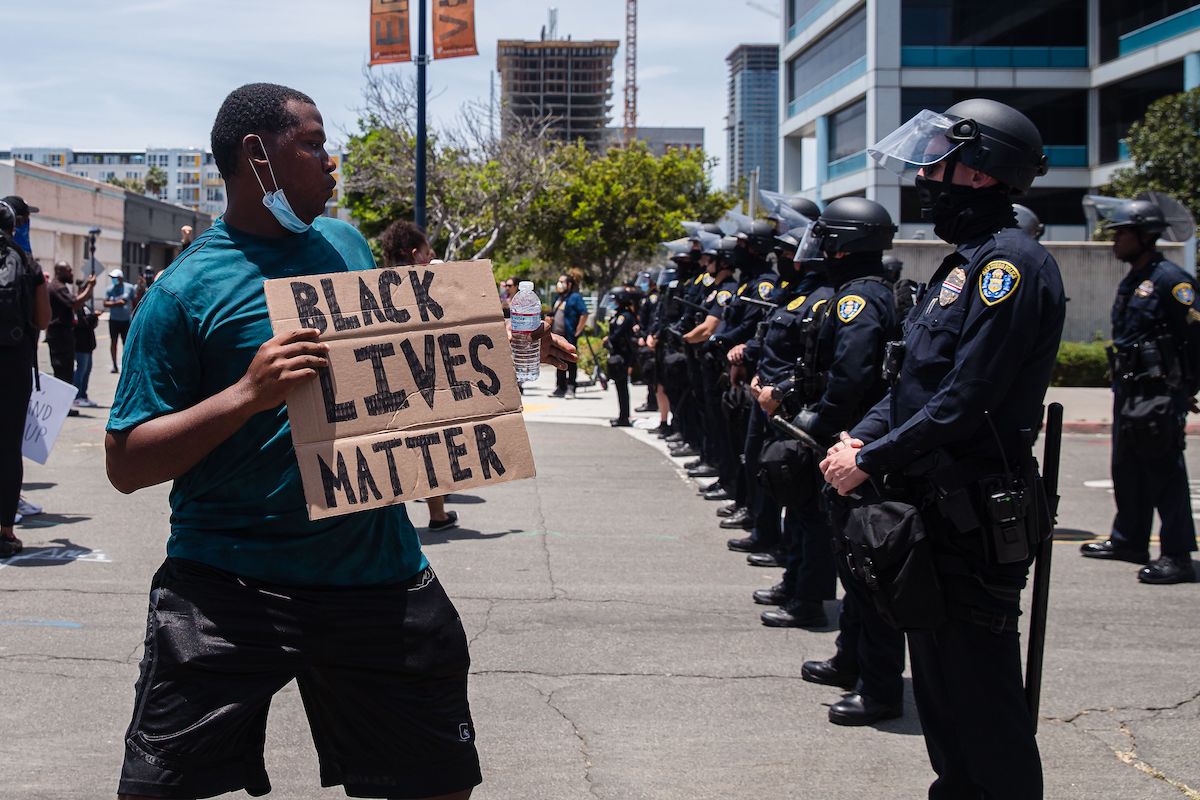 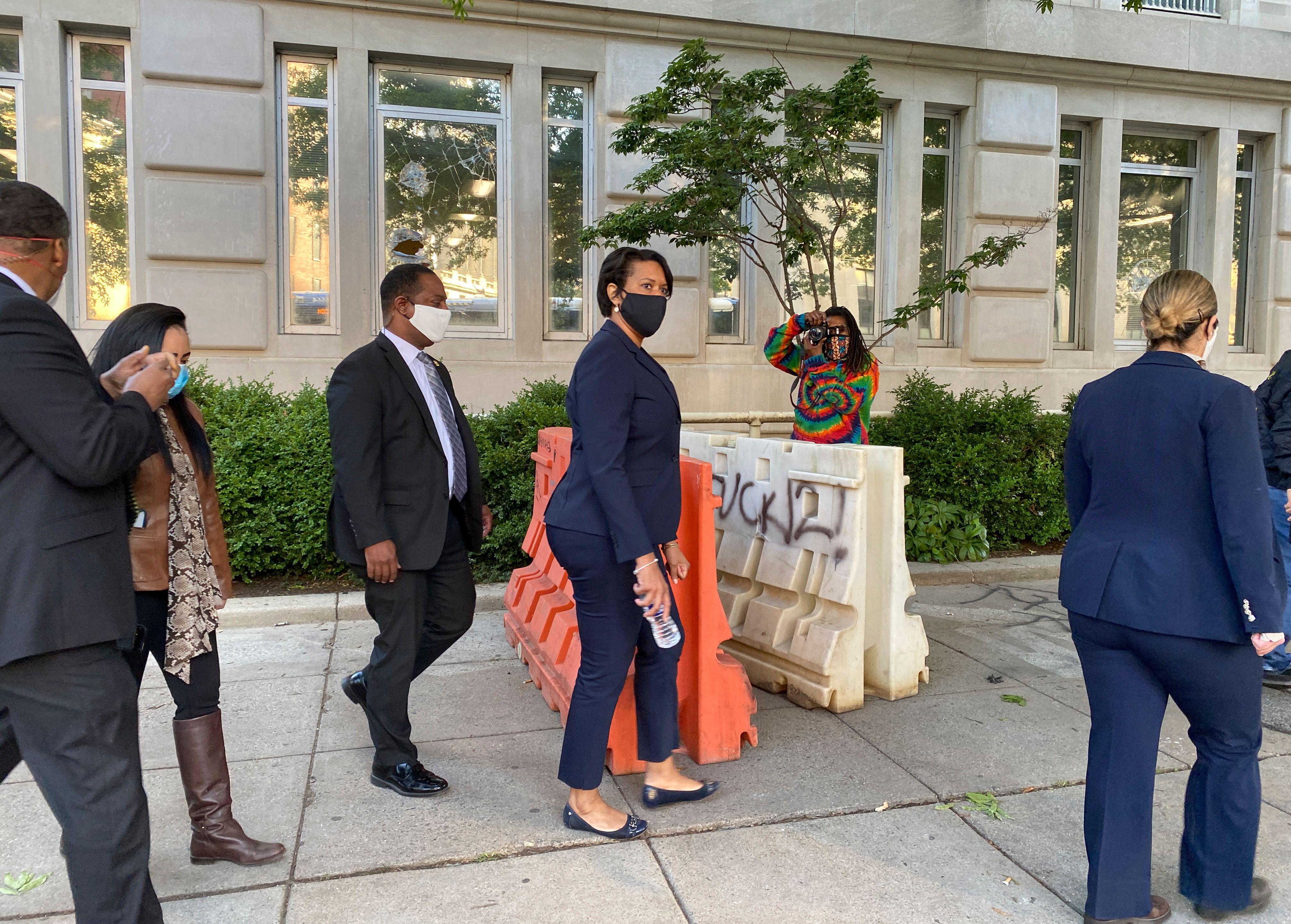 “Journalists shouldn’t be the story,” Shelley said. “It is calamitous to see all of these journalists who are merely serving the public by covering these incidents of civil unrest being wantonly attacked...Journalists are representatives of the public and are there to serve the public and to tell the stories of the protesters and of the elected and other public officials trying to deal with the situation."

He added: “It is really harming the public at large, not just the journalist. It’s interfering with their ability to be eyewitnesses and chroniclers of what’s occurring in this country right now.”