The new media center was formerly the General Dynamics building located in the Needham Crossing Business Park. The building will be part of the N-Squared Innovation District and will bring together approximately 390 NBCUniversal employees from four separate offices across the Boston area and New England, under one roof.

Boston area employees were joined by NBCUniversal executives, state and local elected officials, as well as Needham business partners to celebrate the largest investment ever made by a media company to build out the most advanced broadcast facility in the Greater Boston area. 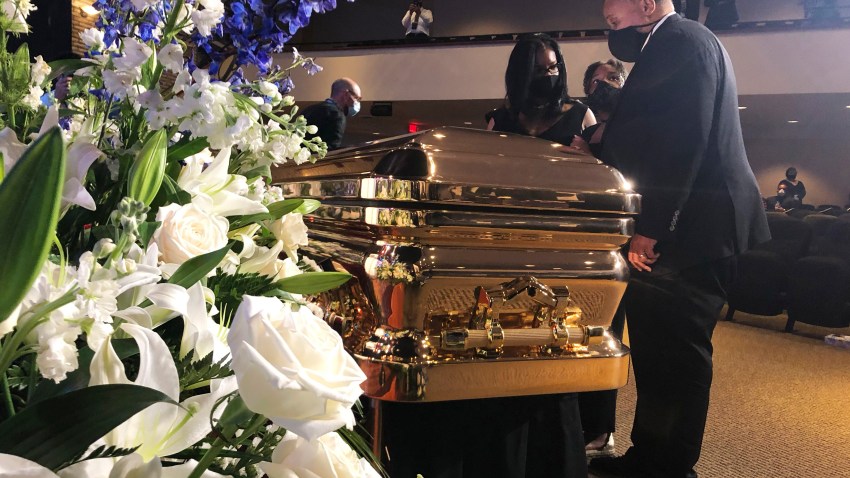 “The creation of our new media center represents the forward momentum and our continued commitment to local news to serve Boston and New England audiences, regardless of language,” said Mike St. Peter, president and general manager of NBC10 Boston, Telemundo Boston and necn. “Together with NBC Sports Boston, our teams will be able to strengthen their already strong news collaborations to super serve our audiences with quality news and information.”

“We are thrilled that NBC Sports Boston will join our sister stations NBC10 Boston, Telemundo Boston and necn in a new world-class, state-of-the-art media center next year," said Princell Hair, general manager of NBC Sports Boston. “This co-location will allow us the opportunity to collaborate and take advantage of the best, most up-to-date technology to deliver the best news, sports and content to our viewers and fans across multiple platforms."

In attendance to celebrate the stations’ milestone were state Rep. Denise Garlick and Nam Pham, assistant secretary of business development and international trade for the state of Massachusetts. Also in attendance were Dan Matthews, chair of the Needham Select Board; Needham Town Manager Kate Fitzpatrick; Greg Reibman, president of the Newton-Needham Chamber of Commerce; and Chuck Tanowitz, director of the N-Squared Innovation District.

At unveiling, the NBCUniversal Boston Media Center will feature the most cutting edge broadcast technology and will be designed to be energy efficient. The new media center will house six studios and will be built to suit employees’ needs. The new facility will distinctively celebrate the individuality of four individual NBCUniversal businesses while allowing employees to enjoy and access open spaces, quiet/focus rooms, mothering rooms, a Doctor-On-Demand room, working café and coffee bars as well as a healthy market and kitchen, two outdoor courtyards, and a dedicated fitness facility.

Additional building and technology features will be announced closer to the media center’s unveiling in the fall of 2019.

Continuing its series of investments made to its local news and sports stations divisions, plans for the new “NBCUniversal Boston Media Center” follow the recent unveiling of new, state-of-the-art local television news facilities in various markets across the country including The Brokaw News Center in Los Angeles (KNBC/KVEA), The Studios at DFW in Dallas-Fort Worth (KXAS/KXTX), and other new modern news facilities in West Hartford (WVIT/WRDM), Denver (KDEN), San Antonio (KVDA), McAllen (KTLM), San Diego (KNSD, KUAN) and in Philadelphia when NBC10 (WCAU) and Telemundo 62 (WWSI) move to their new state-of-the-art news center within the new Comcast Technology Center, this fall.