Month by month, more of the roughly 40 million Americans who get help buying groceries through the federal food stamp program are seeing their benefits plunge even as the nation struggles with the biggest increase in food costs in decades.

The payments to low-income individuals and families are dropping as governors end COVID-19 disaster declarations and opt out of an ongoing federal program that made their states eligible for dramatic increases in SNAP benefits, also known as food stamps. The U.S. Department of Agriculture began offering the increased benefit in April 2020 in response to surging unemployment after the COVID-19 pandemic swept over the country.

The result is that depending on the politics of a state, individuals and families in need find themselves eligible for significantly different levels of help buying food.

Nebraska took the most aggressive action anywhere in the country, ending the emergency benefits four months into the pandemic in July 2020 in a move Republican Gov. Pete Rickett said was necessary to "show the rest of the country how to get back to normal.”

Since then, nearly a dozen states with Republican leadership have taken similar action, with Iowa this month being the most recent place to slash the benefits. Benefits also will be cut in Wyoming and Kentucky in the next month. Arkansas, Florida, Idaho, Missouri, Mississippi, Montana, North Dakota, Nebraska, South Dakota and Tennessee have also scaled back the benefits.

Republican leaders argue that the extra benefits were intended to only temporarily help people forced out of work by the pandemic. Now that the virus has eased, they maintain, there is no longer a need to offer the higher payments at a time when businesses in most states are struggling to find enough workers.

About 6 to 10% of food prices come from transportation costs, and with fuel prices rising, the increased cost to transport food could be passed onto the consumer. Many plastics used in packaging and clothing are made from petroleum products as well. John Quelch, dean of the University of Miami Herbert Business School, joined LX News to explain how rising fuel prices will affect American households.

But the extra benefits also help out families in need at a time of skyrocketing prices for food. Recipients receive at least $95 per month under the program, but some individuals and families typically eligible for only small benefits can get hundreds of dollars in extra payments each month.

The entire program would come to a halt if the federal government decides to end its public health emergency, though the Biden administration so far hasn’t signaled an intention to do so.

For Tara Kramer, 45, of Des Moines, the decision by Iowa Gov. Kim Reynolds to end the emergency payments starting April 1 meant her monthly SNAP benefit plunged from $250 in March to $20 in April. Kramer, who has a genetic disorder that can cause intense pain, said the extra money enabled her to buy healthier food that made her feel better and help her to live a more active life.

“My heart sank,” Kramer said. “All the memories from before the emergency allotment came rushing back.”

Alex Murphy, a spokesman for Reynolds, noted the extra benefits were always intended to help people who lost jobs because of the pandemic and said, “we have to return to pre-pandemic life.” Murphy pointed out that Iowa has over 86,000 job openings listed on a state unemployment website.

But Kramer said she’s not able to work and that even getting out of her apartment can be a struggle at times.

Vince Hall, who oversees public policy for the nationwide food bank network Feeding America, said ending the extra benefits ignores the reality that even as the pandemic wanes there hasn’t been a decline in demand at food banks.

Wages have been increasing in the United States and the national unemployment rate in March dropped to 3.6%, but those gains have been offset by an 8.5% increase in inflation compared to a year ago. Food is among items rising the fastest, leaving many families unable to buy enough groceries.

“The COVID pandemic is giving way to a hunger pandemic,” Hall said. “We’re in a real, real struggle.” 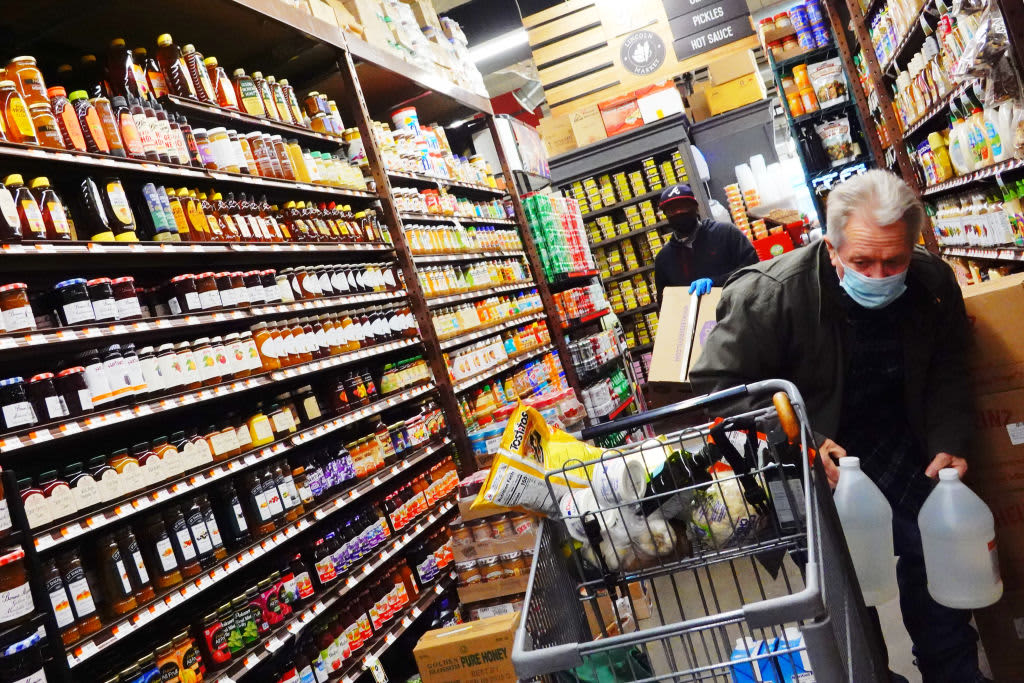 As Food Prices Soar, Some States Consider Cutting Taxes on Groceries. But That May Not Be the Best Approach, Research Finds 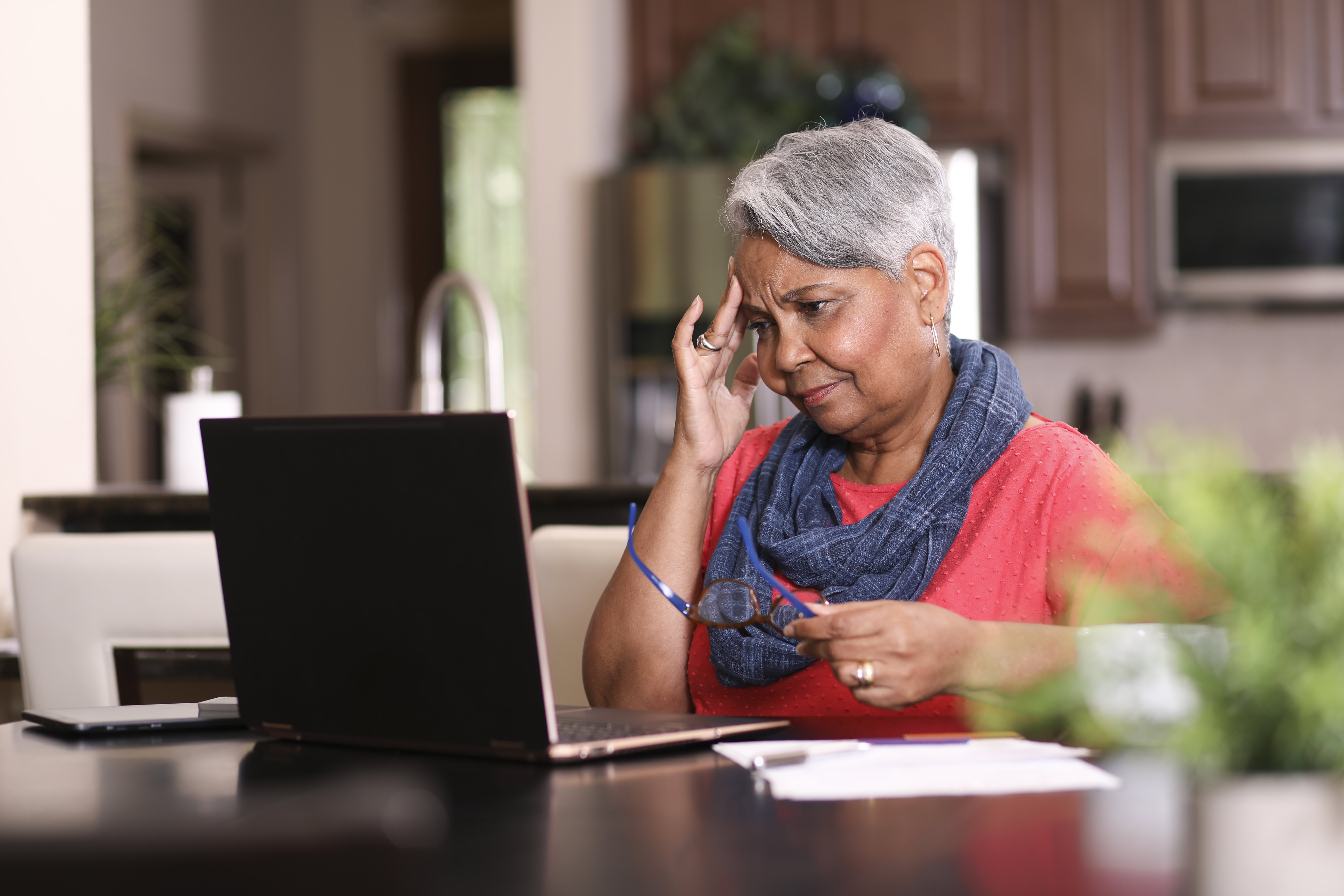 What to Do When Your Monthly Social Security Check Isn't Enough

Feeding America, which represents 200 food banks, reports that demand for food has increased just as these organizations are seeing individual donations dwindle and food costs rise. The organization estimates the nation’s food banks will spend 40% more to buy food in the fiscal year ending June 2022 as in the previous year.

For people like Annie Ballan, 51, of Omaha, Nebraska, the decision by Ricketts to stop participating in the program reduced the SNAP payments she and her son receive from nearly $500 a month to $41. Both have health problems and can’t work.

“From the middle of the month to the end of the month, people have no food,” Ballan said, her voice rising in anger. “This is all the governor’s fault. He says he loves Nebraskans, that Nebraskans are wonderful, but he’s cut off our food.”

The demand on food banks will only grow as more states reduce their SNAP payments, which typically provide nine meals for every one meal offered by food banks, Hall said.

Valerie Andrews, 59, of St. Charles, Missouri, said the SNAP benefits that she and her husband rely on fell from $430 a month to $219 when Missouri ended the extra payments in August 2021. Andrews, who is disabled, said she tries to budget carefully and gets food regularly from a food pantry but it's difficult.

“We’re barely making it from paycheck to paycheck,” she said. “It gets pretty rough most of the time.”

Officials at food banks and pantries said they will do their best to meet increased demand but there is no way they can fully offset the drop in SNAP benefits.

Matt Unger, director of the Des Moines Area Religious Council network of food pantries in Iowa’s capital city, noted the pantry's cost for a 5-ounce can of chicken as jumped from 54 cents in March 2019 to a current price of $1.05.

“Costs are just going through the roof,” he said.