An icon. A lionness of the law. The great equalizer. A trailblazer. A dissenter.

Praise for Ginsburg's groundbreaking career and legacy was swift and seen across social media. Ginsburg, fondly known as the Notorious RBG, was thanked by actress Brie Larson, former Secretary of State Hillary Clinton, House Speaker Nancy Pelosi and entertainer Barbra Streisand among others on Twitter. 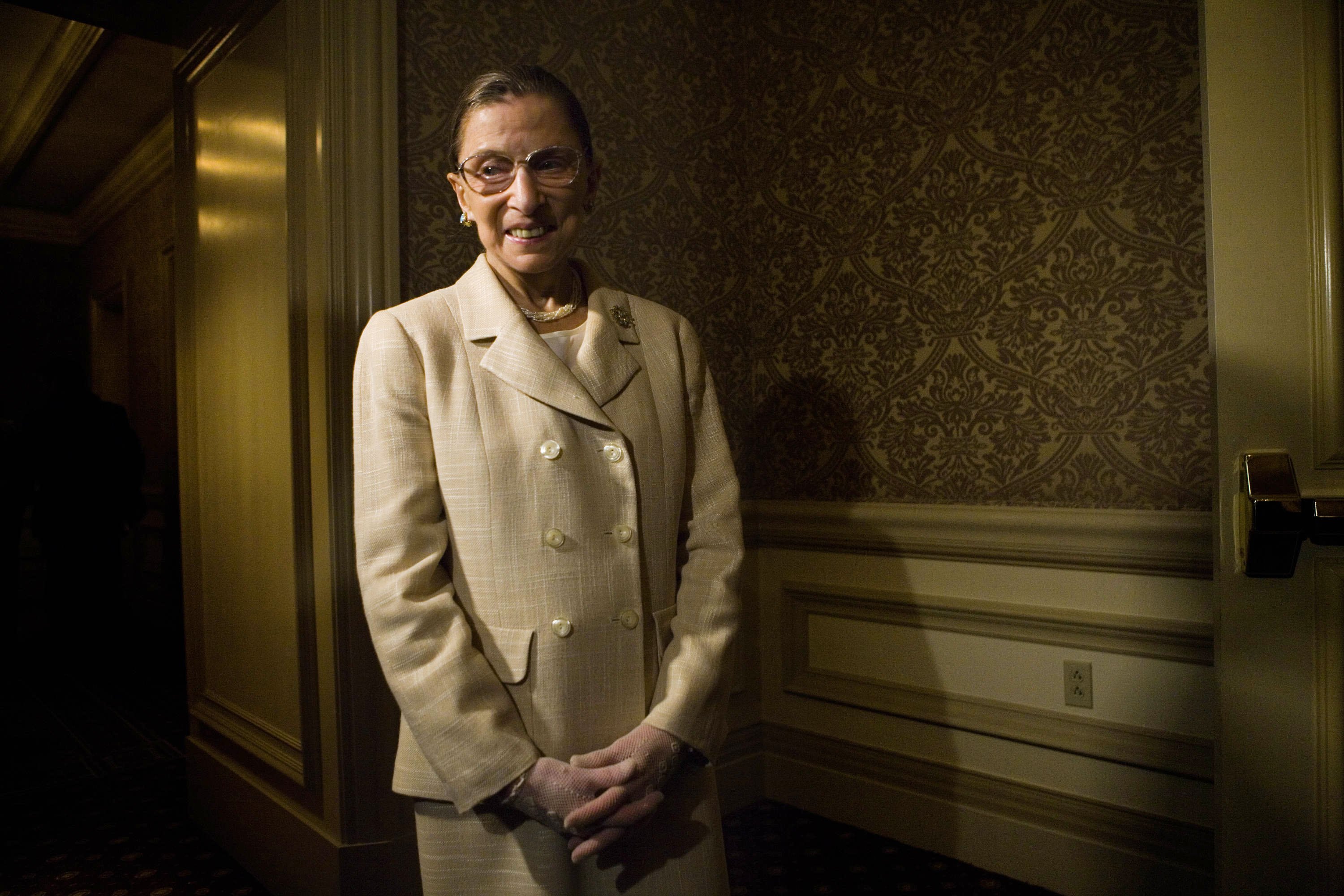 "Justice Ginsburg paved the way for so many women, including me. There will never be another like her. Thank you RBG," Clinton tweeted.

Later, Clinton told MSNBC host Rachel Maddow that it was a sad night for the people who followed Ginsburg. She added, "I hope every American knows that she was a historic, courageous person who moved our country forward in all the right ways."

President Donald Trump learned of Ginsburg's death following his rally in Minnesota. He was approached and asked about the justice's passing. "She just died? Wow," he said. "She led an amazing life. What else can you say? Amazing woman whether you agreed or not."

President Donald Trump was asked about Justice Ruth Bader Ginsburg’s death after a campaign rally in Minnesota. “She just died? Wow,” he said. “She led an amazing life. What else can you say? Amazing woman whether you agreed or not.”

After returning from his own presidential campaign rally in Minnesota, former Vice President Joe Biden said Ginsburg was “not only a giant of the legal profession but a beloved figure" and that she “stood for all of us.”

Ginsburg is the second woman to serve on the Supreme Court. She was appointed by President Bill Clinton in 1993. A 1959 graduate of Columbia Law School, she was well known for her work in women's rights and equal opportunity and argued six cases before the Supreme Court in the 1970s.

“Our Nation has lost a jurist of historic stature," Chief Justice John Roberts said in a statement. "We at the Supreme Court have lost a cherished colleague. Today we mourn, but with confidence that future generations will remember Ruth Bader Ginsburg as we knew her — a tireless and resolute champion of justice."

Days before her death, Ginsburg reportedly said her “most fervent wish is that I will not be replaced until a new president is installed,” according to NPR.

Politicians, celebrities and citizens shared their remembrances of Ginsburg via Twitter.