Republican candidate Kevin O'Connor and Incumbent Sen. Ed Markey will face off in the race for US Senate in the November general election

US Sen. Ed Markey, the longest-serving member of Congress in Massachusetts, chalked up his victorious primary campaign to an appetite for "fundamental change" in the country Wednesday.

Consistent with his campaign strategy, Markey labeled himself among the liberal wing of the party Wednesday. The message Markey said he received from voters is the desire for change across the "full spectrum of issues," naming climate change and as well as broad reform in criminal justice, immigration and gun control.

"My progressive view of where our country has to go is the one that was chosen by the voters yesterday," Markey said, citing his work on the Green New Deal climate change initiative. "It's just been an incredible example of how much young people want to see fundamental change in our country, and it's on the issues that are most important to them."

He predicted a "huge Democratic sweep," to come from this year's general elections, calling President Donald Trump a "racist who has divided our country, who was criminally negligent, who has ignored all of the big issues that the voters of Massachusetts and the country want to help dealt with."

Markey characterized himself as a "wholehearted supporter," of Democratic presidential nominee Joe Biden, emphasizing the hard work ahead to establish a coalition that ensures the House and Senate will have the votes to pass a "progressive, change-oriented agenda," next year.

Ed Markey warded off a tough primary challenger in Rep. Joe Kennedy III to keep the Democratic nomination for his own Senate seat.

Meanwhile, the Republican challenger for U.S. Senate Kevin O'Connor dared Markey to a debate in his own hometown Wednesday morning, seemingly echoing recent talking points from the Trump campaign.

"We're gonna fight for Massachusetts, we're gonna fight for law and order, we're going to fight for common sense and I will fight for all of you," O'Connor said in front of the Malden Police Station. "I am here, I'm ready to debate tonight. Senator Markey, let's get it on. You want tonight, tomorrow night - anytime. I will be anywhere and everywhere."

O'Connor claimed the state's longest-serving member of Congress has "done nothing," over the past four decades and called the Green New Deal an "absolute job killer."

"I really don't know a lot about my Republican opponent right now other than the fact that he says that he is an ardent Donald Trump supporter," Markey responded.

O'Connor also criticized Markey for having spent little time in Massachusetts, a point of contention that has been present through the campaign.

"Ultimately, the job of a legislator is to legislate," Markey countered. "It's to take what you've heard and to then pass laws and with 500 of them on the books, already I do know how to do that. And that's what I heard loud and clear."

Markey and O'Connor will face off in the November general election.

Markey appealed to voters in the deeply Democratic state to defeat his primary challenger, U.S. Rep. Joe Kennedy III. Decades older than his Democratic rival, Markey harnessed support from progressive leaders to overcome a challenge from the grandson of Robert F. Kennedy.

With Rep. Joe Kennedy III losing in his bid to unseat Sen. Ed Markey, people are wondering if the Kennedy family's time in Massachusetts politics has ended.

Teaming up with a leading progressive, New York Rep. Alexandria Ocasio-Cortez, and labeling Kennedy as a "progressive in name only," helped Markey overcome the enduring power of the Kennedy name in Massachusetts.

The 39-year-old congressman had sought to cast the 74-year-old Markey as someone out of touch after spending decades in Congress, first in the House before moving to the Senate.

The loss marks the first in Kennedy's storied political family to lose a run for Congress in Massachusetts.

More than 900,000 people voted in the primary before the polls opened Tuesday, but others went to polling places, where extra precautions were in place.

Kennedy, looking deflated, told supporters Tuesday, "We may have lost the final vote count tonight but we built a coalition that will endure."

House Speaker Nancy Pelosi had endorsed Kennedy, and Trump got in a dig at both, tweeting early Wednesday, "See, even a Kennedy isn't safe in the new Radical Left Democrat Party… Pelosi strongly backed the loser!'"

Both Markey and Kennedy spent Tuesday canvassing across Massachusetts to make their final pitches to voters. Kennedy called to concede and congratulate Markey before even half the votes were counted, as numbers showed he trailed the incumbent by 10 points.

Tuesday's primary went smoothly despite nearly 1 million voters casting mail-in or drop-off ballots amid the coronavirus pandemic -- an unprecedented crush that electoral officials had warned might lead to delays in counting votes.

More Coverage on the Massachusetts Primary 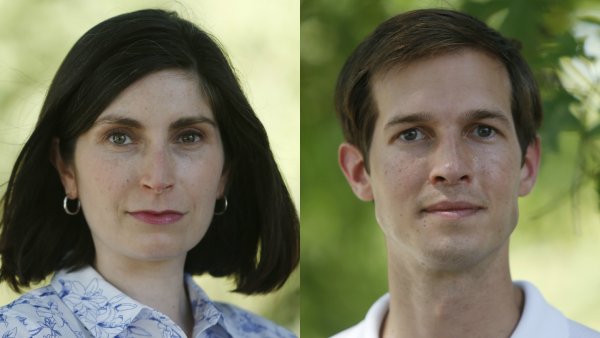 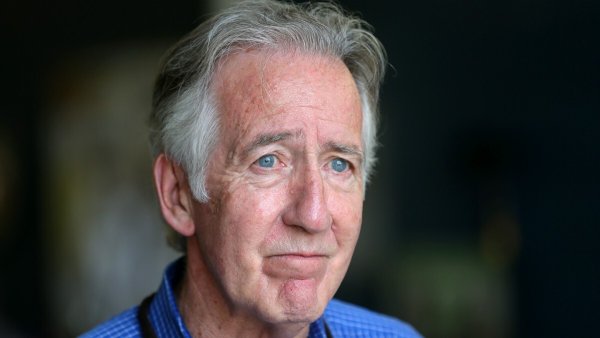