A day after Trump won his second Senate impeachment trial in two years, bipartisan support appeared to be growing for an independent Sept. 11-style commission

After what one called a “heartbreaking” verdict, House prosecutors who argued for Donald Trump's conviction of inciting the U.S. Capitol riot said Sunday they had proved their case and railed against the Senate’s Republican leader and most of his colleagues for “trying to have it both ways” in acquitting the former president.

A day after Trump won his second Senate impeachment trial in two years, bipartisan support appeared to be growing for an independent Sept. 11-style commission to make sure that such a horrific assault could never happen again.

The end of the quick trial hardly put to rest the debate about Trump's culpability for the Jan. 6 insurrection as the political, legal and emotional fallout unfolded.

Lawmakers from both parties signaled on Sunday that even more inquiries were likely.

“There should be a complete investigation about what happened," said Louisiana Sen. Bill Cassidy, one of seven Republicans who voted to convict Trump. "What was known, who knew it and when they knew, all that, because that builds the basis so this never happens again.”

Cassidy said he was “attempting to hold President Trump accountable,” and added that as Americans hear all the facts, “more folks will move to where I was." He was censured by his state’s party after the vote, which was 57-43 to convict but 10 votes short of the two-thirds required.

A close Trump ally, GOP Sen. Lindsey Graham of South Carolina, said he looked forward to campaigning with Trump in the 2022 election, when Republicans hope to regain the congressional majority. But Graham acknowledged that Trump had some culpability for the siege at the Capitol that killed five people, including a police officer, and disrupted lawmakers' certification of Democrat Joe Biden's White House victory.

More on the Second Impeachment of Donald Trump 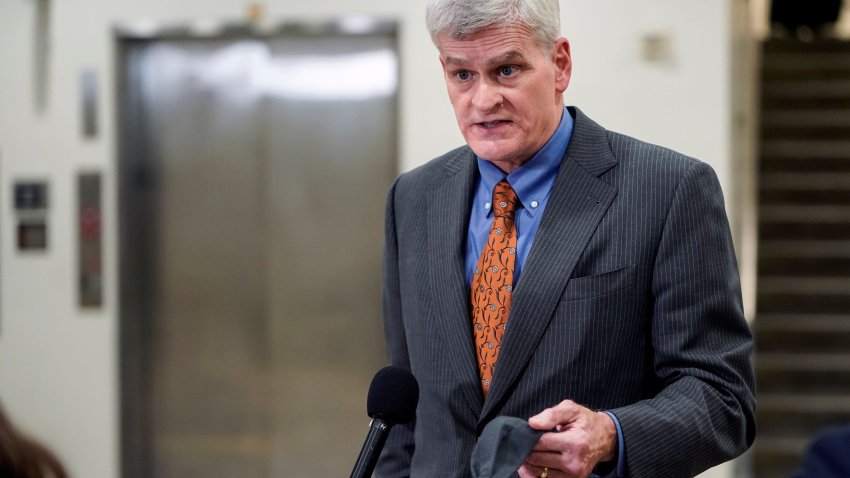 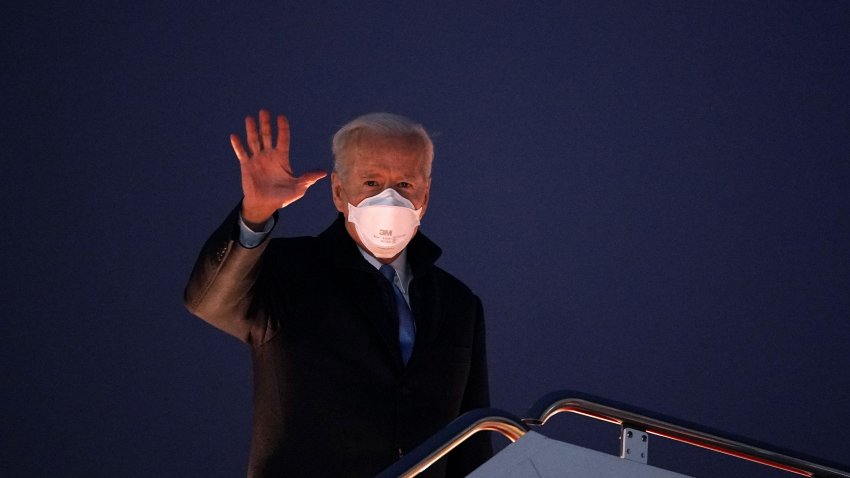 “His behavior after the election was over the top,” Graham said. “We need a 9/11 commission to find out what happened and make sure it never happens again.”

The Senate acquitted Trump of a charge of “incitement of insurrection” after House prosecutors laid out a case that he was an “inciter in chief” who unleashed a mob by stoking a monthslong campaign of spreading debunked conspiracy theories and false violent rhetoric that the 2020 election was stolen from him.

Trump’s lawyers countered that Trump’s words were not intended to incite the violence and that impeachment was nothing but a “witch hunt” designed to prevent him from serving in office again.

The conviction tally was the most bipartisan in American history but left Trump to declare victory and signal a political revival while a bitterly divided GOP bickered over its direction and his place in the party.

The Republicans who joined Cassidy in voting to convict were Sens. Richard Burr of North Carolina, Susan Collins of Maine, Lisa Murkowski of Alaska, Mitt Romney of Utah, Ben Sasse of Nebraska and Pat Toomey of Pennsylvania.

“It’s frustrating, but the founders knew what they were doing and so we live with the system that we have,” Delegate Stacey Plaskett, a House prosecutor who represents the Virgin Islands, said of the verdict, describing it as “heartbreaking.” She added: “But, listen, we didn’t need more witnesses. We needed more senators with spines.”

On Sunday, several House impeachment managers sharply criticized McConnell, who told Republican senators shortly before the vote that he would acquit Trump. In a blistering speech after the vote, McConnell said the president was “practically and morally responsible for provoking the events of that day" but that the Senate's hands were tied to do anything about it because Trump was out of office. But the Senate, in an earlier vote, had deemed the trial constitutional.

“It was powerful to hear the 57 guilties and then it was puzzling to hear and see Mitch McConnell stand and say not guilty and then minutes later stand again and say he was guilty of everything,” said Rep. Madeleine Dean, D-Pa. “History will remember that statement of speaking out of two sides of his mouth,” she said.

Dean backed the idea of an impartial investigative commission "not guided by politics but filled with people who would stand up to the courage of their conviction.”

An independent 9/11 style commission, which probably would require legislation to create, would elevate the investigation a step higher, offering a definitive government-backed accounting of events. Pelosi has expressed support for such a commission while stressing that the members who sit on it would be key. Still, such a panel would pose risks of sharpening partisan divisions or overshadowing Biden's legislative agenda.

“There’s still more evidence that the American people need and deserve to hear and a 9/11 commission is a way to make sure that we secure the Capitol going forward,” said Sen. Chris Coons, D-Del., and a Biden ally. “And that we lay bare the record of just how responsible and how abjectly violating of his constitutional oath President Trump really was.”

The lead House impeachment manager, Rep. Jamie Raskin, D-Md., called the trial a “dramatic success in historical terms” by winning unprecedented support from GOP senators. He said the verdict didn't match the reality of the strength of evidence.

In a closing argument during former President Donald Trump’s impeachment trial, Rep. Jamie Raskin, D-Md., urged senators to do “impartial justice.” “Senators, this trial is not about Donald Trump,” Raskin said. “The country and the world know who Donald Trump is. This trial is about who we are… Godspeed to the Senate of the United States.”

“We successfully prosecuted him and convicted him in the court of public opinion and the court of history,” he said. Pointing to McConnell and other Republican senators critical of Trump but voting to acquit, Raskin said, “They’re trying to have it both ways.”

Raskin and Plaskett defended the House team’s last-minute reversal not to call a witness, Rep. Jaime Herrera Beutler, R-Wash. They acknowledged they were aware they might lose some GOP votes for conviction if they extended the trial much longer.

Beutler's statement late Friday that Trump rebuffed a plea from House Republican leader Kevin McCarthy to call off the rioters was ultimately entered into the trial record.

“I think what we did was, we got what we wanted, which was her statement, which was what she said, and had it put into the record,” Plaskett said.

Michael van der Veen, an attorney for former President Donald Trump, placed blame on the rioters for the attack on the U.S. Capitol. “There were no words of incitement,” van der Veen said. “You can allow America’s healing to begin. I urge the Senate to acquit and vindicate the Constitution of this great republic.”

Cassidy and Dean spoke on ABC's “This Week,” Graham appeared on “Fox News Sunday,” Raskin was on NBC's “Meet the Press,” and Plaskett appeared on CNN's “State of the Union.”