President Donald Trump said Michael Atkinson would be removed from office in 30 days, the required amount of time he must wait after informing Congress

President Donald Trump suggested that he fired the inspector general for the intelligence community in retaliation for impeachment, saying the official was wrong to provide an anonymous whistleblower complaint to Congress as the law requires.

Trump called Michael Atkinson a “disgrace” after informing Congress late Friday night that he intended to fire him. In letters to the House and Senate intelligence committees, Trump wrote that he had lost confidence in Atkinson but gave little detail.

A day later, Trump was more blunt, telling reporters at the White House: “I thought he did a terrible job, absolutely terrible.” The president added: “He took a fake report and he took it to Congress with an emergency, OK? Not a big Trump fan, that I can tell you.” 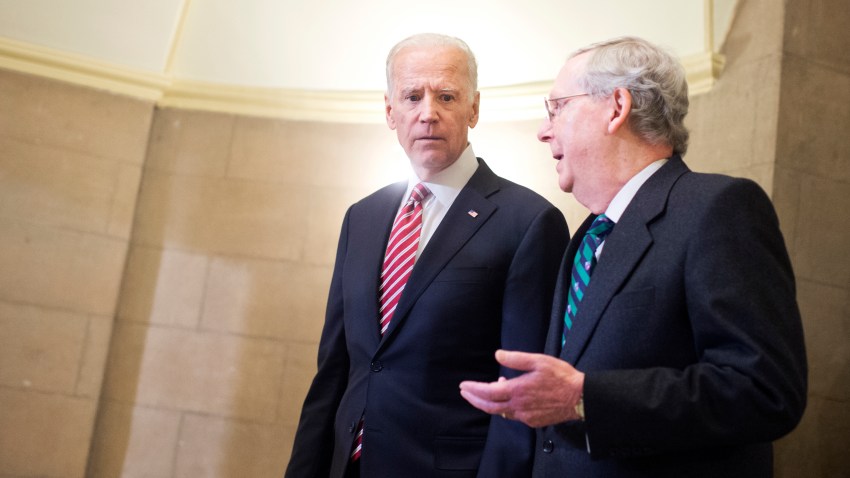 The Most Important Relationship in D.C.? Biden and McConnell Have a History 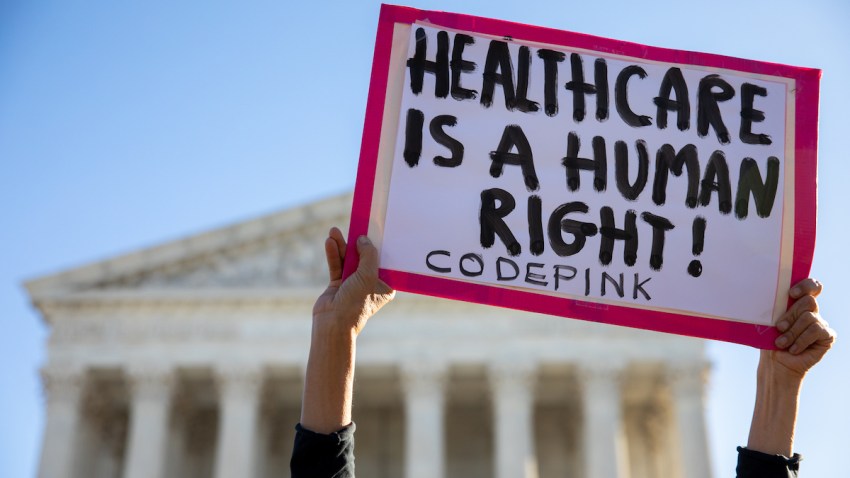 The whistleblower report was not fake, but a detailed complaint written by an anonymous intelligence official who described Trump's pressure on Ukraine to investigate Democrat Joe Biden and his son. Atkinson determined the complaint was urgent and credible and therefore was required by law to disclose it to Congress, but he was overruled for weeks by the acting director of national intelligence, Joseph Maguire.

After a firestorm sparked by media reports of the complaint, it was turned over and made public. A congressional inquiry led to Trump's impeachment by the House in December. The GOP-led Senate acquitted Trump in February.

On Saturday, Trump questioned why Atkinson didn’t speak to him about the complaint, though Atkinson’s role is to provide independent oversight.

“Never came in to see me, never requested to see me,” Trump said. He added: “That man is a disgrace to IGs.”

Atkinson’s removal is part of a larger shakeup of the intelligence community under Trump, who has always viewed intelligence professionals with skepticism. His ouster came under immediate fire from Democrats and a handful of Republicans.

Sen. Chuck Grassley, the Iowa Republican who leads the Finance Committee, said that Congress has been “crystal clear” that written reasons must be given when inspectors general are removed for a lack of confidence.

“More details are needed from the administration," Grassley said.

Maine Sen. Susan Collins, a GOP member of the Senate Intelligence Committee, said she didn't find Trump's reasoning in his Friday letter to be persuasive, and said Atkinson's removal “was not warranted.” Senate Intelligence Committee Chairman Richard Burr, R-N.C., said an inspector general "must be allowed to conduct his or her work independent of internal or external pressure.”

Trump's criticism Saturday came after Atkinson's peers had rushed to his defense. Michael Horowitz, the inspector general at the Justice Department, said Atkinson was known for his “integrity, professionalism, and commitment to the rule of law and independent oversight." He said that included Atkinson's actions in handling the Ukraine whistleblower complaint.

Asked during his daily coronavirus briefing about firing Atkinson, Trump returned to his attacks on the Democratic-led impeachment investigation and trial and his defense that his phone call with Ukraine’s president was “perfect” but had been inaccurately described in the whistleblower’s account. In fact, the partial transcript later released by the president largely supported the whistleblower’s account.

Atkinson is at least the seventh intelligence official to be fired, ousted or moved aside since last summer. In his letters to the intelligence committees informing them of the firing, which were obtained by The Associated Press, Trump said that it is “vital” that he has confidence in the appointees serving as inspectors general, and “that is no longer the case with regard to this inspector general.”

Trump said Atkinson would be removed from office in 30 days, the required amount of time he must wait after informing Congress. He wrote that he would nominate an individual “who has my full confidence” at a later date.

Atkinson’s firing thrusts the president’s impeachment back into the spotlight as his administration deals with the deadly spread of the coronavirus. As Trump was removing Atkinson, the number of U.S. deaths due to the virus topped 7,000. By the time of his remarks Saturday, it was over 8,100.

The top Democrat on the Senate intelligence panel, Virginia Sen. Mark Warner, said it was unconscionable that Trump would fire Atkinson in the midst of the coronavirus pandemic.

“We should all be deeply disturbed by ongoing attempts to politicize the nation’s intelligence agencies,” Warner said.

Tom Monheim, a career intelligence professional, will become the acting inspector general for the intelligence community, according to an intelligence official who was not authorized to discuss personnel changes and spoke only on condition of anonymity. Monheim is currently the general counsel of the National Geospatial-Intelligence Agency.

Atkinson had hinted of frustration on the job in a March letter to Schumer, in which he said, “the past six months have been a searing time for whistleblowers.” Atkinson was responding to a letter Schumer had sent to agency inspectors general asking them to document and investigate any instances of retaliation after Trump had threatened the anonymous whistleblower.

In the letter to Schumer, obtained by the AP, Atkinson said support for whistleblowers would be rendered meaningless if “whistleblowers actually come forward in good faith with information concerning an extraordinary matter and are allowed to be vilified, threatened, publicly ridiculed, or — perhaps even worse, utterly abandoned by fair weather whistleblower champions.”

Late Saturday, Schumer tweeted that he had spoken to Atkinson and thanked him for his service. Schumer said he told Atkinson that "history will remember him as a hero and those who retaliated against him as scoundrels.”