House Speaker Nancy Pelosi on Sunday assailed Republican “disarray” over a new pandemic relief package as the White House suggested a narrower effort might be necessary, at least for now.

The California Democrat panned the Trump administration's desire to trim an expiring temporary federal unemployment benefit from $600 weekly to about 70% of pre-pandemic wages. “The reason we had $600 was its simplicity,” she said from the Capitol.

“We’re done,” Mnuchin said as he and Meadows left Capitol Hill after meeting with GOP staff.

Meadows said as the White House was “looking for clarity” on a “handful” of remaining issues ahead of Monday. “We have an agreement in principle,” he said.

Both Mnuchin and Meadows said earlier Sunday that narrower legislation might need to be passed first to ensure that enhanced unemployment benefits don’t run out for millions of Americans. They cited unemployment benefits, money to help schools reopen, tax credits to keep people from losing their jobs, and lawsuit protections for schools and businesses as priorities.

Pelosi has said she opposes approving a relief package in piecemeal fashion. 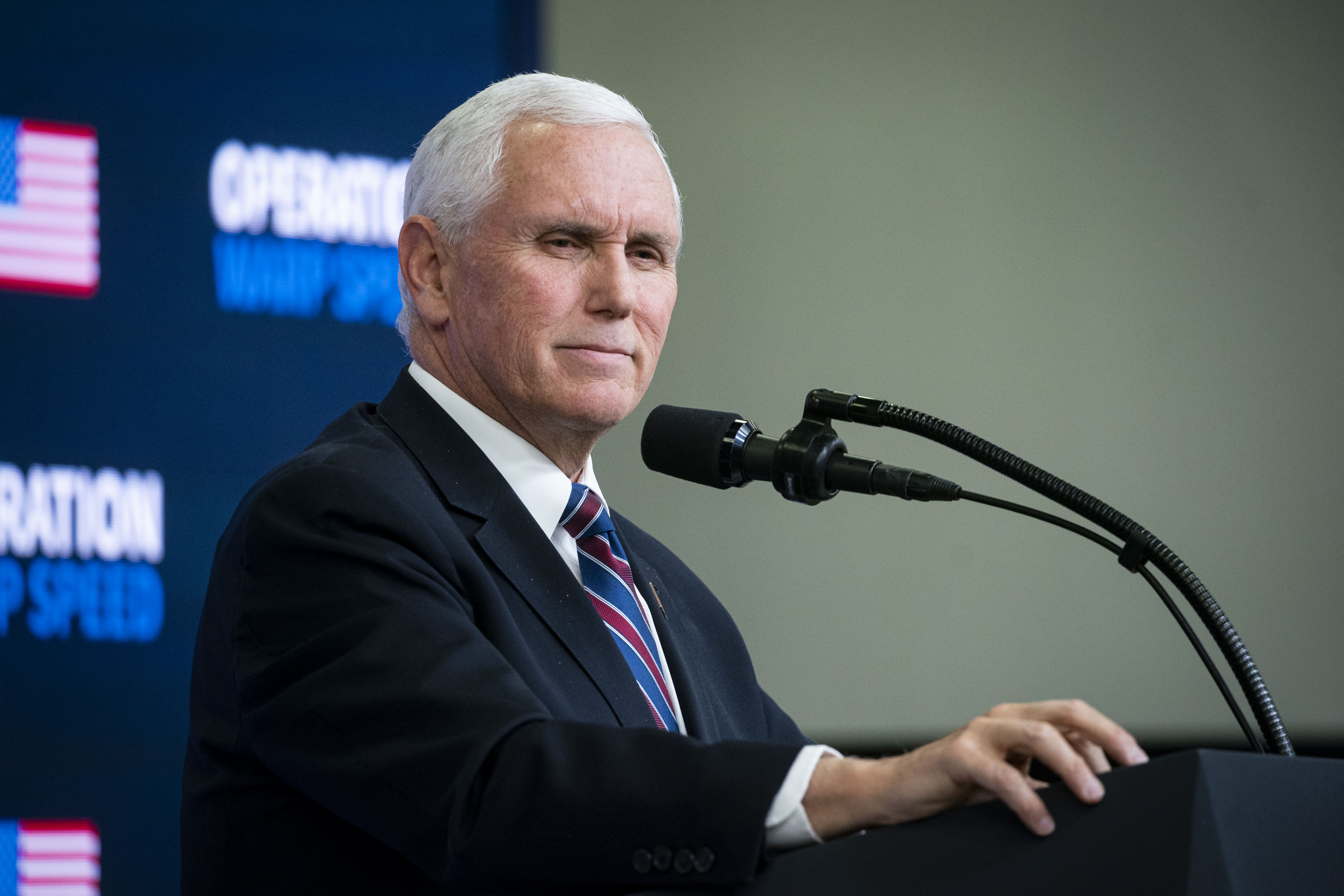 Abrams-Kemp Slugfest for Georgia Governor Promises to Be Pricey, Long and Ugly

“We can move very quickly with the Democrats on these issues,” Mnuchin said.

Separately, White House economic adviser Larry Kudlow said a federal eviction moratorium on millions of rental units, due to expire at the end of the month, will be extended. “We will lengthen it," he said, without specifying for how long.

Republicans have argued that federal jobless benefits should be trimmed because the combination of state and federal unemployment assistance left many people better off financially than they were before the pandemic and therefore disinclined to return to their jobs.

Many Democrats contend that a lot of people don't feel safe going back to work when the coronavirus is surging again around the country.

A former Republican congressman from North Carolina, Meadows said he is working with Mnuchin and Labor Secretary Eugene Scalia to address complaints that outdated state computer systems will make it difficult for the jobless to get their benefits in a timely fashion if the formula is changed.

“It’s our goal to make sure that it’s not antiquated computers that keep people from getting their benefits,” Meadows said.

Pelosi criticized the hold-up on the GOP side. House Democrats passed a $3 trillion relief package a couple of months ago, with the aim of jump-starting negotiations. Republicans abruptly halted rollout of their bill last week amid differences between senators and the White House.

“They’re in disarray and that delay is causing suffering for America’s families,” Pelosi said.

She declined to say whether she could accept 70% of wages in place of the now-expired $600 weekly benefit.

“Why don't we just keep it simple?" she asked, referring to a flat dollar amount.

Republican Sen. Ted Cruz of Texas said he doesn't support the GOP legislation as proposed. He argued for lifting taxes and regulations he says are “hammering” small businesses. Cruz also argued for a payroll tax cut, which will not be in the bill. President Donald Trump had insisted on a temporary trim of payroll taxes, but both parties resisted the idea.

Cruz alleged that Pelosi isn't working to solve either the virus crisis or the economic one.

“Her objectives are shoveling cash at the problem and shutting America down,” he said. “It's just shoveling money to her friends and not actually solving the problem.”

The White House and Senate Republicans were racing to regroup after plans to introduce a $1 trillion virus rescue bill collapsed Thursday during GOP infighting over its size, scope and details.

It was expected to bring $105 billion to help schools reopen, new money for virus testing and benefits for businesses, including a fresh round of loans, tax breaks and a sweeping liability shield from COVID-19-related lawsuits.

The expiration of the $600 weekly jobless benefits boost had been propelling the Republicans to act. Democrats already approved their sweeping $3 trillion planfrom Pelosi two months ago. But with millions of Americans about to be suddenly cut off from the aid, they were bracing to prevent social and economic fallout.

The White House floated plans to cut the additional aid back to $100 a week, while Senate Republicans preferred $200, with general GOP agreement about phasing out the flat boost in favor of one that ensures no more than 70% of an employee's previous pay.

Apart from jobless benefits, Mnuchin said Saturday that new $1,200 direct payments would be based on the same formula from the earlier aid bill. Then, people making $75,000 or less received the full amount and those making more than $75,000 received less, depending on their income. People earning above $100,000 did not qualify for the payment.

The jobless benefit officially expires July 31, but due to the way states process unemployment payments, the cutoff was effectively Saturday.

Meadows spoke on ABC's “This Week,” Mnuchin was on “Fox News Sunday,” Pelosi and Cruz appeared on CBS' “Face the Nation” and Kudlow was interviewed on CNN's “State of the Union.”