Angelo LaMonica, the former chief of the Winthrop Police Department, should not have been able to keep more than $1 million in retirement benefits following his conviction on federal tax charges, Appeals Court judges have ruled

The Winthrop Retirement Board was correct to strip the Massachusetts town's former police chief of his pension, a panel of Appeals Court judges ruled Wednesday, putting more than $1 million of retirement benefits he received in legal jeopardy.

Former Winthrop Police Chief Angelo LaMonica's lawyer blocked a move by the retirement board four years ago to seize LaMonica's pension money, arguing his past conviction on federal tax charges wasn't connected to his job. 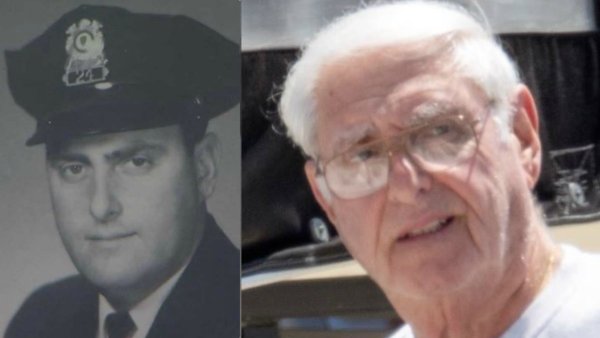 But the Appeals Court disagreed, finding court records from the time establish a direct link between money LaMonica received from an illegal video poker machine operator and his position as police chief.

"We're reviewing the decision and we're trying to figure out what, if any, next step to take," he told the NBC10 Boston Investigators Thursday.

Michael Sacco, a lawyer for the retirement board, said it will immediately terminate LaMonica's monthly distribution checks and move to claw back pension benefits LaMonica has already received.

However, recouping those taxpayer-funded benefits — paid out for 25 years — will present more hurdles.

A lower court must still decide whether the sanction in LaMonica's case is an excessive punishment, in violation of the state and federal constitutions.

"We certainly are going to argue that the punishment does fit the crime," Sacco said. "There is no more egregious crime that could be committed by a public official, particularly a police chief."

LaMonica abruptly retired in 1995 amid rumors he was the focus of an FBI probe. Before long, federal prosecutors accused the town's former top cop of taking cash bribes to look the other way and ignore illegal gambling at local establishments.

LaMonica eventually entered a guilty plea in the case, spent 14 months in prison, and paid a $20,000 fine.

Under state law, public employees who are convicted of crimes related to their job risk losing their retirement benefits.

However, despite the conviction, Winthrop's retirement system paid LaMonica his pension for more than two decades, determining at the time that his criminal conduct wasn't linked with his duties as police chief.

LaMonica pleaded guilty in 1995 to six counts of filing false tax returns. As part of the plea deal, prosecutors dismissed the other counts in the indictment relating to extortion and conspiracy to obstruct gambling laws.

"Angela Lamonica was a police officer in good standing for over 30 years in the town of Winthrop," Poser said Thursday. "And he only was convicted of filing incorrect tax returns. That's not something he did on the job."

After receiving a tip in 2016, Ryan Kath reviewed the federal court file and made an inquiry about the case. The questions triggered a new review by the Winthrop Retirement Board.

Unlike in 1995, board members determined LaMonica's crime was directly related to his public position. They concluded the income the former police chief didn't report on his tax forms was bribe money.

A District Court judge in Boston overturned the Winthrop Retirement Board decision and reinstated LaMonica's pension payments. Winthrop appealed to Suffolk Superior Court, but lost that decision, too.

The latest ruling this week is a testament to the retirement board's persistence, said Sacco, the lawyer.

"The taxpayers may not feel it in their pocket books, but they can sleep at night knowing that Angelo LaMonica, convicted felon, will not be receiving his pension anymore," he said.