(NECN) - An explosion at a nuclear plant in Southern France has killed one person, and left several more injured.

The blast happened at the Marcoule Nuclear Plant near the Mediterranean Sea on Monday.

Officials have confirmed that one person was killed, and four others were wounded. One of the injured victims is in serious condition.

There are no reported leaks at the plant, so no one in the area is in any danger, officials said. 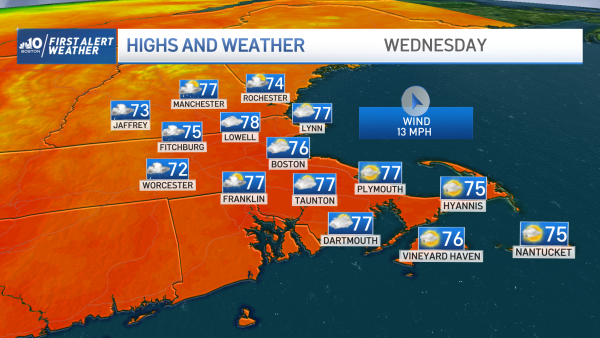 Humidity, Rain Chances Rise Over the Next Few Days

Stay with NECN for more on this developing story.