(NECN: Jack Thurston, Burlington, Vt.) - Newly-finalized numbers from the Vt. Health Dept. show 50 Vermonters died from prescription opiate drug overdoses in 2013. The number of people who died from heroin overdoses was 21; a spike over the nine who died in 2012 and nine in 2011. The overdose deaths from prescription painkillers showed no particular change or trend. "If you asked any Governor in the country, they'd have told you 10 years ago, 'We've got an OxyContin problem,'" said Gov. Peter Shumlin, D-Vt. "Now they'll tell you, 'We have a heroin problem.'"

After increases in heroin arrests and overdose deaths have been reported across the region and country, many are eyeing the connection between prescription painkiller abuse and heroin, Shumlin said.

The Substance Abuse and Mental Health Services Administration estimated in an August 2013 report that 11.1-million Americans had used prescription pain relievers non-medically in the previous year. SAMHSA noted that only a very small percentage of those people will go on to use heroin; only 3.6 percent. However, its study found pill abusers are 19 times more likely than others to pick up heroin, and that four out of five people who recently started using heroin had previously abused prescription painkillers. 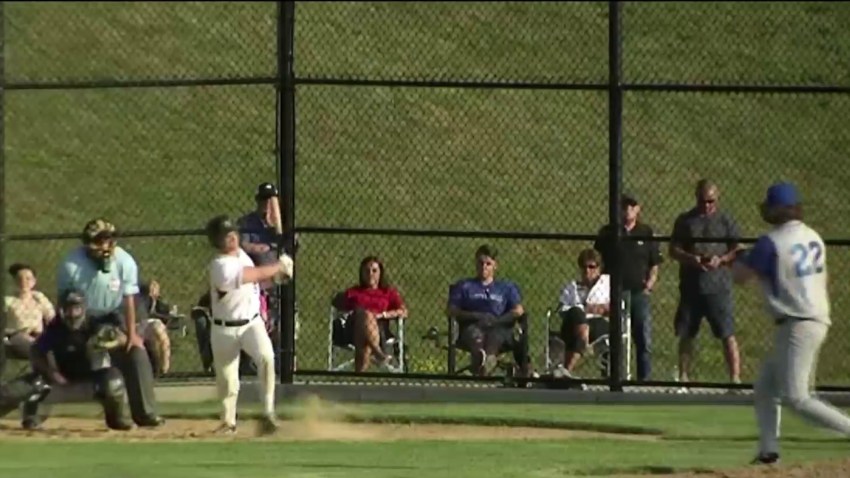 ‘It Felt Great to Be Out There': Baseball Players Who Lost High School Season Play in New League as Phase 3 Starts According to SAMHSA figures, individuals who engage in non-medical “pill-popping” are second only to those who had used marijuana in the previous year. That figure was 18.1-million, the SAMHSA study showed.

"I don't know, looking back, how I survived what I did," said Tony Dion of Burlington, Vt. "I lost everything. My childhood, my entire life."

Dion, 30, told New England Cable News he is in recovery from several years of abusing prescription pain relievers. The father of two said he was just 12 when he swiped pills from a friend's parents' medicine cabinet. "I thought it was something fun; something that was harmless," Dion remembered.

A few years later, Dion said he was fully addicted to pain medication. Older buddies were robbing pharmacies, he said. Dion admitted he was burglarizing homes to get about $100 for an 80-milligram OxyContin tablet. "I had overdosed once; stopped breathing for like, three and a half minutes or something, and woke up in the ER," Dion said, recalling an incident in his late teen years.

When it got tough to score pills, Dion said he tried heroin a few times. "I never liked it," he told NECN.

Dion said heroin had a similar euphoric effect to the pain meds he preferred, due to their similar chemical makeup. Heroin, however, can be cheaper and easier to find, Dion said. Some guys he used pills with fully made the switch, the recovering addict noted. "Most of them now are either incarcerated or dead," Dion said.

Gov. Shumlin was recently named the co-chair of a National Governors Association task force focusing on ways states can work to reduce pill abuse. "I think that we prescribe OxyContin and other FDA-approved drugs with irrational exuberance," Shumlin told NECN. "When the FDA approved this stuff, they approved heroin in pill form."

Click here for more information on what the NGA learned during a recent "policy academy" on pill abuse.

Roberts said prescription opiates are very useful for many patients, when taken properly. Cancer patients, burn patients, and individuals who recently had significant surgeries often see improvements to their comfort from taking the opiate-based pills, he said. However, Roberts said he knows the risk of misuse is great, so he tests his patients' urine in controlled settings to ensure they're on the level and taking their medications properly.

"Opiate addiction does not start with a heroin dealer jumping over a chain link fence into a school yard," Roberts said, acknowledged illegitimate diversion of medications is a prime way young people begin down a path of opiate addiction.

Roberts said because problems often begin with sampling someone else's meds, he'd like to see existing monitoring programs better track how many intended users aren't finishing their doses, to perhaps change prescribing or dispensing patterns. "We'd have a document loop," he said.

Roberts said he would also like to see more opportunities for folks to dispose of unused pills, like at a series of drug take-back days arranged by the federal Drug Enforcement Administration, or through drop-boxes set up in several police departments around the region. Expanding those may help cut the chances of experimentation that can lead to pill or heroin addiction, Roberts said. "This is what we owe our children; the opportunity to be in households where there is no risk of diversion," he added.

As for Tony Dion, who served three years in prison for his drug-fueled burglaries, he said he is glad Vermont and its elected officials are paying close attention to opiate addiction. "I think it's long overdue," he said.

Dion said he is confident, between his treatment program through Burlington's HowardCenter, a job he enjoys as a restaurant manager, and positive family relationships, that he won't again pick up the pills that swallowed him. "I will never go back," he said.