Violence in Boston's Social Impact Center in Hyde Park is changing how the organization attempts to stop violence in the city, one family at a time

"The name is controversial... I kept it controversial because you'll go and figure out what I do. It'll make you search," she explained to NBC10 Boston in the organization's newly opened Social Impact Center.

The center, located in a blue building in Boston's Hyde Park neighborhood, serves as the first public location for the work the organization has been doing since it was founded in 2017.

Some of the services provided there include a free food pantry, mental health and trauma resources, legal assistance, a podcasting/recording studio and a computer room. With the Social Impact Center, Violence in Boston aims to reduce recidivism, homelessness, food insecurity, health disparities and more for the community it serves.

"Violence is a symptom of poverty and poverty is man-made. By addressing poverty and the social constructs that contribute to violence, we minimize the crime," Cannon-Grant said.

A mother of six, Cannon-Grant started her life in activism after almost losing one of her sons to gun violence right before her eyes in 2014. Fortunately the gun jammed that day, but too many people haven't been that lucky. And the situation is getting worse this year.

Through Aug. 30, Boston saw a 31% uptick in shootings in 2020 when compared to the same period last year, according to the most recent available data from the Boston Police Department. There were 33 fatal shootings in that period this year, nine more than the recent average.

Cannon-Grant has become a well-known advocate for Boston's Black community over the last decade, helping to organize Black Lives Matter marches this spring and summer. Last week, she was named one of Boston's 10 outstanding young leaders by the Greater Boston Chamber of Commerce and City Awake.

A new police reform bill aims to hold police accountable and add training for all officers.

She envisions the Social Impact Center being by and for the Boston community, in hopes of ending violence one family at a time.

"Am I going to stop every shooting and stabbing? That's not what I'm professing," she said. "If I can save or attempt to save one life from being killed, or from being hungry, or from being homeless, then my job is done."

Violence in Boston held a ribbon-cutting ceremony for the center Sept. 7. Cannon-Grant said a flood of donations and pro bono work from community members and local workers unions helped get the space renovated and filled with supplies.

"I've done this work out of my house for a number of years and now we're finally being able to centralize it at facility where we can bring people [and] create some space for my kids as well," Cannon-Grant said.

The way the building came together defines community. Six local artists were commissioned and given creative freedom to decorate the walls with inspirational Black art.

"People don't realize art is a deescalation tool, but also an outlet for trauma and for pain. Oftentimes when people go through it, sometimes they write, sometimes they draw. I wanted that to be the case," Cannon-Grant said.

For now, due to COVID-19 restrictions, a lot of the services at the Social Impact Center, like access to the food pantry, have to be scheduled in advance.

More Coverage of Violence in Boston 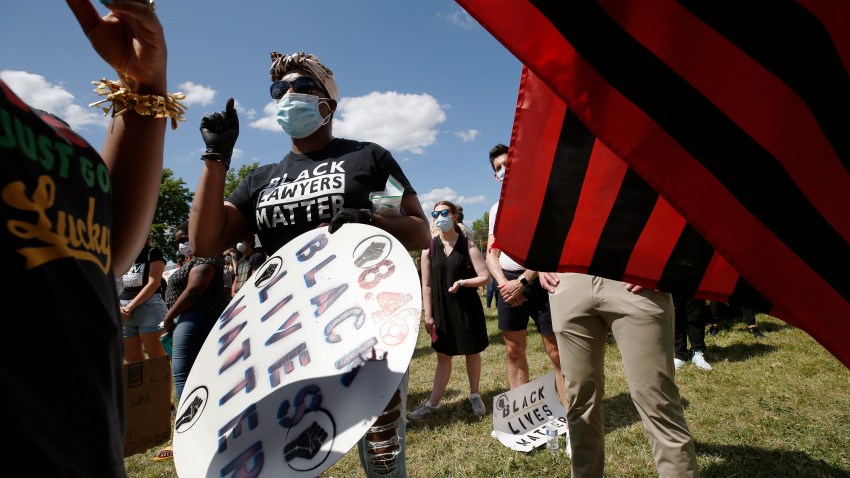 Juneteenth Marked Across Mass. With Marches and Rallies 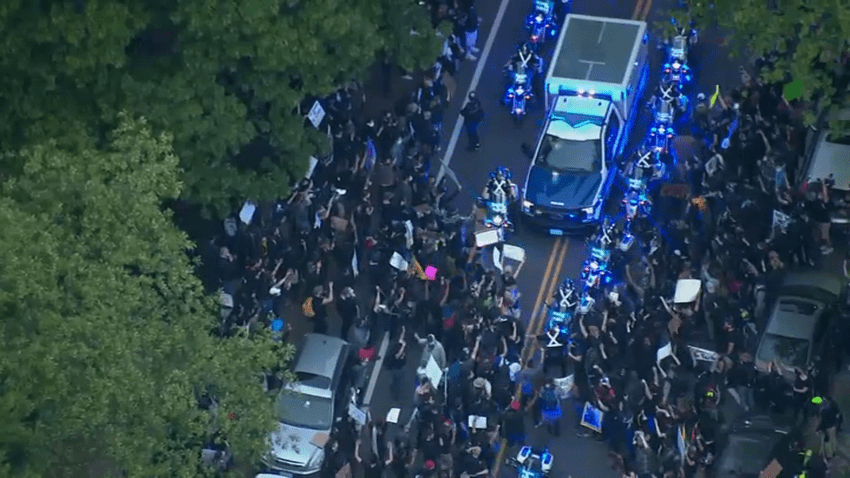