A man accused in a hit-and-run that hospitalized an 11-year-old child in Boston's Dorchester neighborhood in September appeared in court Friday to face charges.

The boy, Francis Nedwell, was left with injuries including broken ribs and a broken pelvis, his family has said. He was hit by a vehicle while walking to school on Sept. 29, and was released from the hospital on Thursday.

Luis Santiago pleaded not guilty to a charge of leaving the scene of an accident that caused injury Friday in a Boston court. The judge ordered he be held on $1,000 bail.

Prosecutors told the judge that police were able to identify the license plate associated with the vehicle that took off, and that it was registered to a woman in a relationship with Santiago.

The Boston Police Department is searching for a vehicle involved in a hit-and-run crash that left a child injured in Dorchester.

They said the car had damage consistent with the hit-and-run crash, and that Santiago fell to his knees after police confronted him -- indicating, they said, that he knew what he did.

Santiago's defense attorney painted a very different picture of Santiago to the courtroom, saying he is a father himself, with 4 kids.

Francis' family has been pleading for justice in the case but did not want to comment leaving court Friday.

Santiago has another open case against him, for unlawful possession of a firearm. He's due back in court for both charges on Nov. 1. 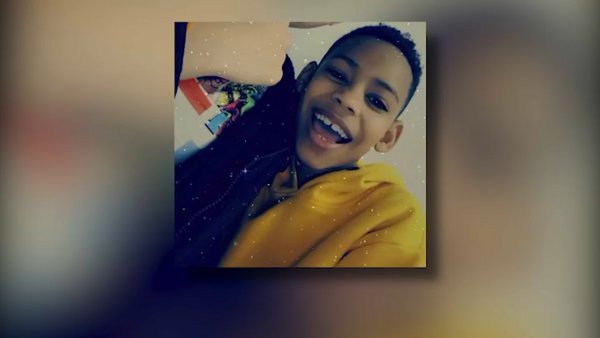