11th Attack Reported in Waltham as Search for Suspect Continues

Police are still searching for a serial attacker in Waltham, Massachusetts, who they believe is behind 11 unprovoked assaults in recent weeks.

Waltham police had said they believed the same male suspect is responsible for 10 separate incidents in which men were assaulted and sometimes struck in the face or head with an object. Police said they have no reports of a firearm being used during any of the assaults.

The most recent attack was reported Friday night by a man who said he was hit in the face by a blunt object.

An eleventh incident was reported by police Monday, though it took place before that Friday night incident. Someone was hit with a blunt object in downtown Waltham, according to an anonymous tip provided to police.

Five of the incidents occurred near the sprawling GardenCrest apartment complex, and another five in the city’s downtown. The attacks have occurred between 5:30 and 11:30 p.m.

Emerson Aroche Paz says he was on his way home from work the night before Thanksgiving when a man walked right by him and attacked out of nowhere.

“I just feel one big hit in my left eye,” said Paz, who’s from Guatemala.

Paz, 41, nearly fell to the ground, before the assailant landed another blow.

“He hit me the second time in the back of my head,” said the mechanic.

Waltham police are expected to provide an update on the investigation Tuesday morning. So far, 11 men have been randomly attacked since Nov. 10. A search for the suspect continues.

Paz has a broken nose and broken bones above and below his left eye. He says the man who assaulted him had a green jacket, a hood and a winter-like mask that covered his whole face except his eyes.

The suspect didn’t take his wallet or his phone, Paz said.

One of the victims said he was smoking a cigarette by the dumpster near his apartment when he was brutally assaulted by the man with a blunt object.

A mailman at the apartment complex was also attacked.

Both Waltham police and Massachusetts State Police patrolled Sunday night near GardenCrest, including a helicopter overhead to keep a lookout.

As police step up patrols and keep searching for the perpetrator of 10 unprovoked attacks in recent weeks, Waltham residents are trying to make sense of the seemingly-random incidents.

Residents are trying to make sense of the seemingly-random incidents, with many saying they feel nervous.

“I have no idea why someone would do this, and it scares me, it really terrifies me," said Jackie Sol, a Waltham resident.

“I walk my dog. He can be outside and hurt me," said Cris Elias, another Waltham resident.

Pete Faccenda lives at GardenCrest, and believes the suspect is hiding in the brush by the old railroad tracks.

“It’s easy to hide in the track area or behind the dumpster and come out when someone comes to dump their trash,” said Faccenda. 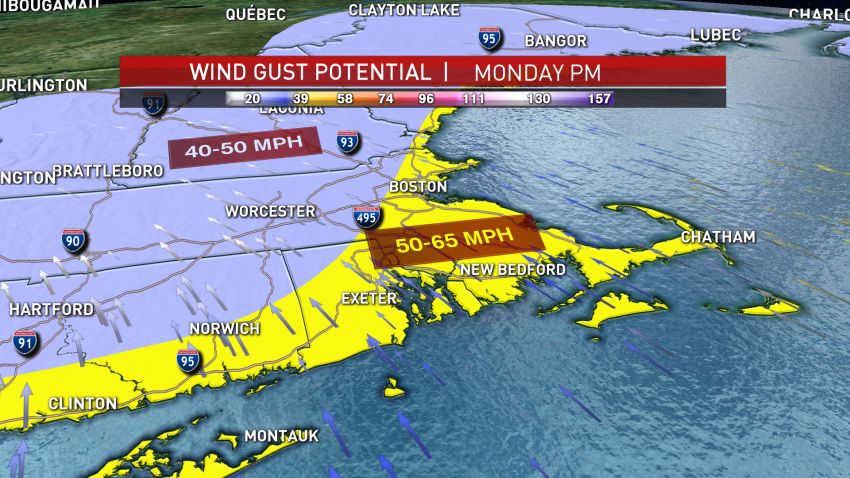 Police released surveillance video Saturday evening of a suspect they believe might be responsible. One video shows the suspect walking, and the other shows him running away.

“All my neighbors are theorizing he mapped this out. Obviously he’s good at it because 10 random incidents and not getting caught, it’s just more than luck,” said Faccenda.

Waltham police urged residents who live in the area to be aware of their surroundings and to contact police with any information.

“My husband will come and pick me up and make sure that I walk the other person to their car because we're so scared," Sol said.

Police released video of the suspect they believe has committed 10 random acts of violence.

It’s unknown what the motive for the crimes may be. Police are expected to release more details about the investigation Tuesday morning.