Boston's Heat Emergency Extended Through Monday Ahead of Another Hot Day

Boston's heat emergency began last Tuesday, and has now been extended twice due to the stubbornly scorching temperatures over the last few days.

Boston's heat emergency was extended once again as extreme temperatures continued to impact the city.

The city's heat emergency ran through Monday, which means that cooling centers at 12 Boston Centers for Youth & Families will remain open through the end of the day.

With so many people in the area trying to stay cool with air conditioning, there are concerns over power outages. Eversource crews were working to restore power to two locations in South Boston overnight in the L Street and Day Boulevard area, as well as the area of East Sixth and N streets.

Boston's heat emergency began last Tuesday, and was extended twice due to the stubbornly scorching temperatures over the last few days. The official heat wave ended Monday as temperatures just reached 90 degrees. The rest of the week will be less hot, with temps in the 80s.

That was little relief for those without power.

At the peak of the power outage some 7,500 customers in Dorchester lost electricity.  In Southie, about 1,500 were still without power when the sun came up.  Diane Foley said they'd been getting updates from Eversource and at one point she thought the lights were about to come back on.

"One of my neighbors said, no, we're not getting it on until much later tonight and we don't even know the time because they sent a notice that said conditions have gotten worse," she explained.

Thousands were without power in Dorchester Sunday, as temperatures in the city reached 100 degrees, tying a record set last year.

Many people were looking for relief from these high temperatures Monday morning.

"It’s pretty hot, so we decided we would come to the beach before it got too hot and luckily there’s a little bit of a breeze so we’re just going to try and go in the water and chill out the best we can," Tom Allen from Arlington said on Sunday.

The big story Monday won’t be the heat and humidity, but a cold front which will be passing through the region, likely producing strong to severe thunderstorms in the morning through the early evening. The main hazard with these storms will be damaging wind, hail and downpours. An isolated tornado can’t be ruled out as well.

For more information about how to stay cool during Boston's heat emergency, click here. 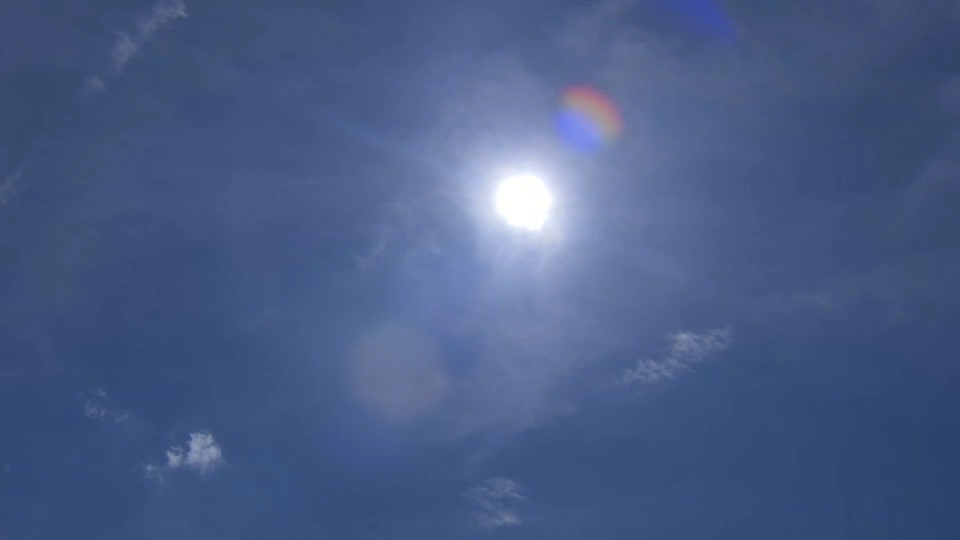 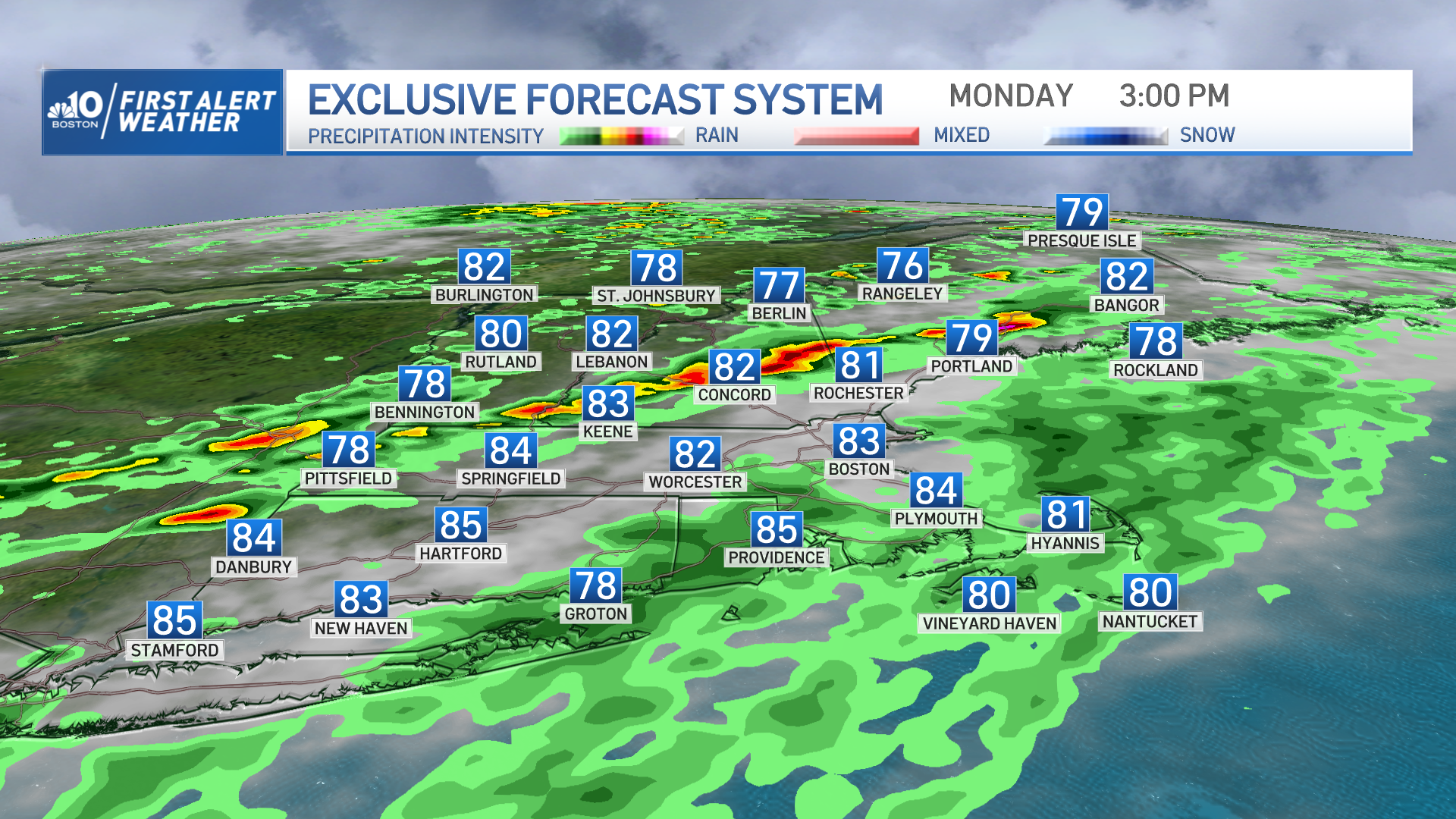