A body found among the wreckage of a Torrington house fire is believed to be that of the person who opened fire inside the home during a domestic disturbance that ended with a woman being shot several times and the house going up in flames.

Torrington police said they found the body of Kevin Thompson, 41, near a gun inside the burned-out home at 497 Highland Avenue in Torrington.

Police said Thompson is suspected of shooting his wife, Kelly Thompson, during a dispute Wednesday morning, then setting the family home on fire.

Authorities flocked to the home shortly after 7 a.m. when the woman called 911 to say she had been shot. Officers arrived to find her on the porch, suffering from several gunshot wounds, according to police. She was taken to the hospital and is listed in stable condition.

A neighbor who was home when the fire broke out told police he was watching the news when he heard gunshots, followed by a woman's blood-curdling scream.

”I heard firecracker gunshot, and it became apparent that it was a gunshot, because I heard a loud female scream, ‘Oh my God,’” Aaron Spring recalled. 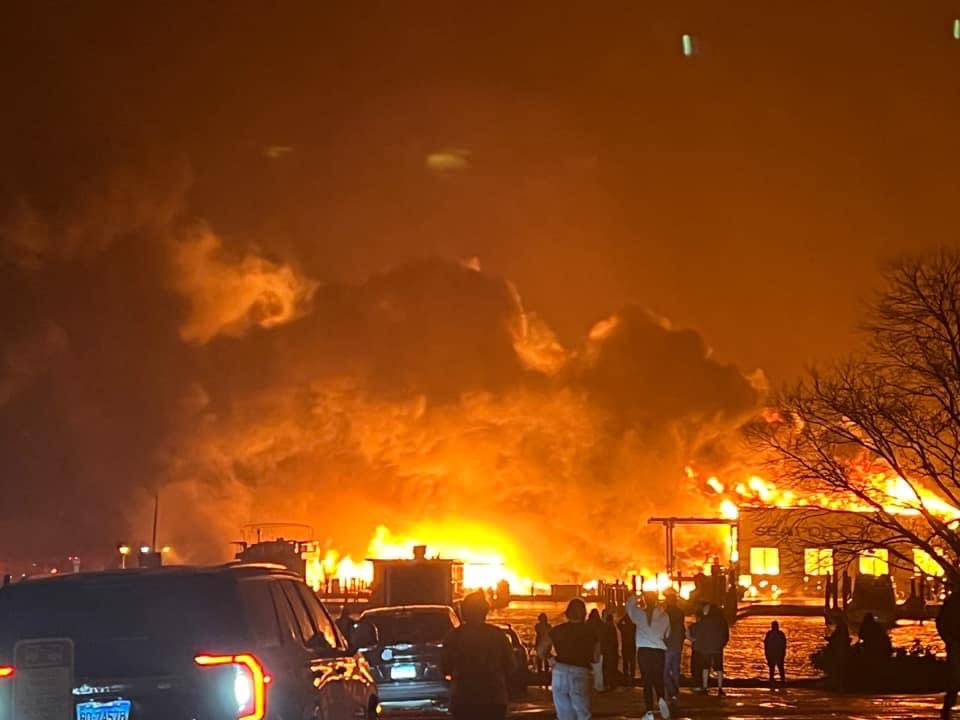 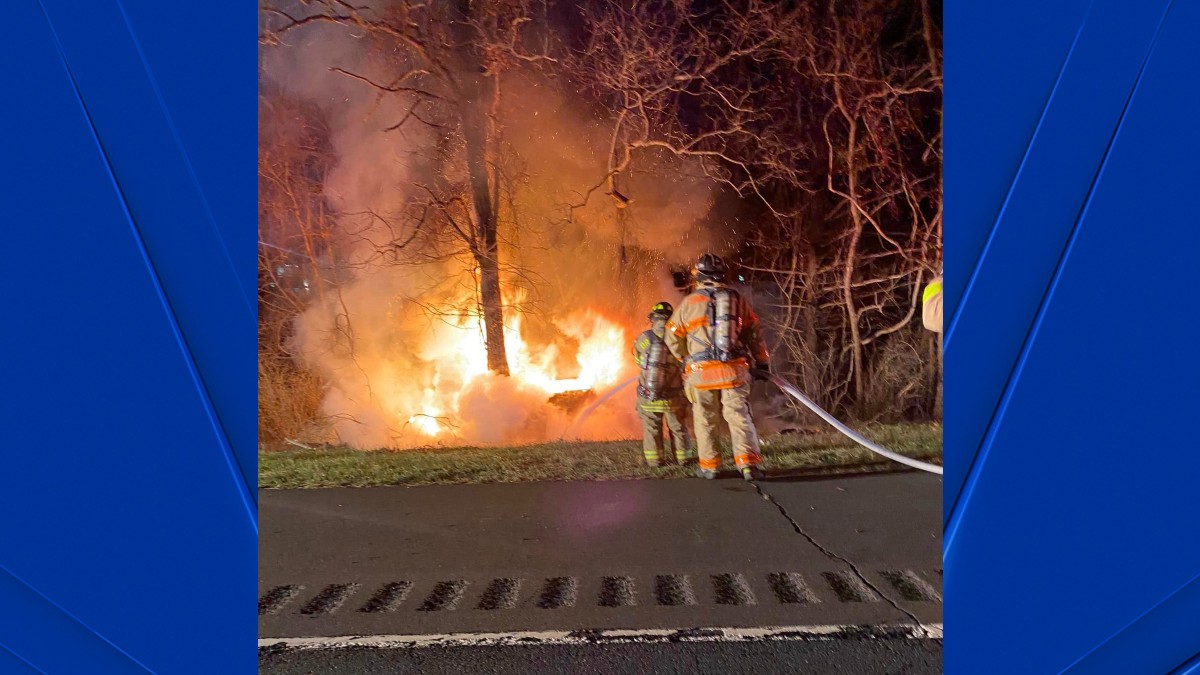 When he looked out his bedroom window, he saw the woman who has lived across the street for 10 years lying in the snow next to her front steps. He ran outside to find her crying and said she was quickly losing blood, according to police.

Kelly Thompson was on the phone with police, who asked her to tell Spring to leave the property, so he did. Spring said he heard police sirens coming down the street, then more gunshots from inside the house after officers arrived.

Police said two to four shots rang out after they arrived on scene. Stationed outside the house, police used a public address system in an attempt to contact anyone inside, but there was no response.

Minutes later, smoke poured from the home and it quickly went up in flames. Police said they told firefighters to wait before trying to get the fire under control, and the home eventually collapsed.

”Because we had a weapon involved, and there were shots fired, and we did have a victim with gunshot wounds, we needed to make sure that was taken care of before the fire department could go in that building, and at that time, it was not safe for anyone to go in that building," said Torrington Police Det. Kevin Tieman.

Police entered the home after obtaining a warrant and found Kevin Thompson's body in the basement. His body was badly burned, and a medical examiner used dental records to identify him.

"Every one of those houses has school-aged kids, so no good," said Spring, who has children in elementary and middle school.

Another neighbor, Ben Roston, said he was shocked to hear the news when his 12-year-old son, Alec, texted him to say there was a shooting and that someone was hurt.

Alec was at a friend's house getting ready to walk to the bus when his friend's dad told them to go in the basement where they'd be safe.

Ben Roston stayed in his home and kept in contact with his son to know he was safe.

Meanwhile, Alec Roston said he was scared and feared for his life as police arrived in the neighborhood and he watched the house burn.

State police have been asked to help with the investigation.

A GoFundMe page has been set up to benefit the Thompson family.