After a mild weekend, Monday's cool and raw weather may seem a harsh dose of reality for many New Englanders, though high temperatures in the lower 40s will be just a couple of degrees below our normal high for the date, and the majority of our exclusive Early Warning Weather 10-day forecast remains above normal for temperature.

That said, the combination of thickening clouds, developing showers and an onshore breeze will create cool and raw feeling conditions for New England, with "feels like" temperatures in the 30s through the day. In fact, the air temperature should cool just enough later today through this evening for a mix with some snow, sleet and freezing rain from the Berkshires to Green Mountains, and Mount Monadnock, New Hampshire, to the Whites.

Though total accumulation will be quite limited, some road treatments will probably be needed in these areas into the night. Elsewhere, cool rain showers will remain the rule through Tuesday, as will cool temperatures. 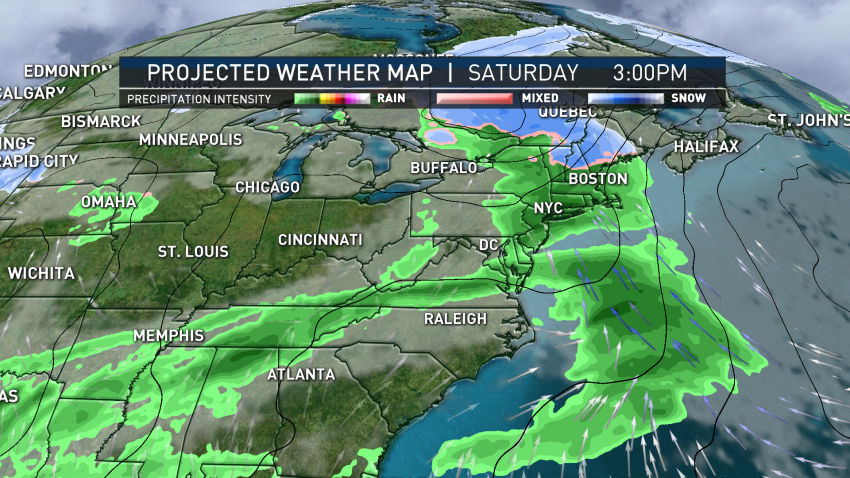 Wednesday brings a break in the action with some breaks of sun possible and highs in the 50s, then new showers return Wednesday night and should linger with some clouds into Thursday. Friday and Saturday start the weekend on a fair note, but a strengthening storm Sunday delivers rain & wind - we'll watch carefully for timing given parades across New England. Next week starts near or just above seasonable temperatures with early showers Monday, and another chance of raindrops Wednesday.