Other runners took to the 26.2 mile route anyway, as did a group that walked from Hopkinton to Boston to honor fallen soldiers

Another Patriots' Day arrived in Massachusetts without the running of the Boston Marathon, though there were a few ways that people around the area marked the occasion anyway.

With the marathon postponed until October, the second year the pandemic interfered with the legendary race, organizers instead held a Patriots' Day Mile on Monday, in which runners, walkers, beginners or novices were encouraged to run a mile. As part of the day's activities, a few frontline workers, joined by 2018 champion Des Linden, even broke a ceremonial ribbon at the race's traditional finish line on Boylston Street.

With the Boston Marathon postponed until October, the race's organizers instead held a Patriots Day Mile on Monday.

"It's a great moment to share with these guys, but also for the city, for the race, for the community. I think we're headed in the right direction, and that feels great," Linden said. 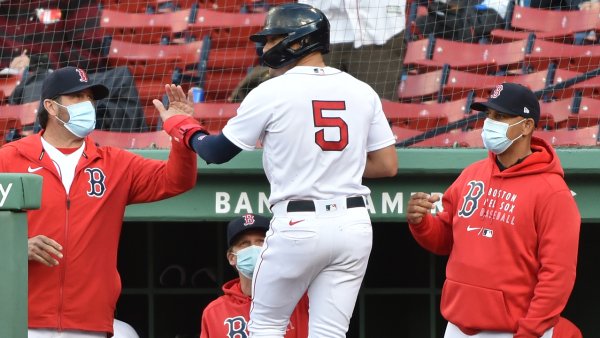 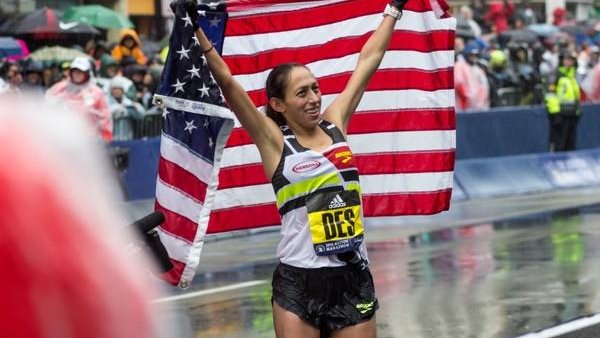 Adidas to Sponsor Boston Marathon Through 2030

Linden plans to compete when the 125-year-old race is actually held this year, on October 11.

But for those looking to celebrate earlier, the race's organizer, the Boston Athletic Association, launched a special 125th anniversary jacket for the race, coming out May 7.

Other runners took to the 26.2 mile route anyway on Monday, as did a group that walked from Hopkinton to Boston to honor fallen soldiers.

People across New England are mourning the loss of Dick Hoyt, who pushed his son, Rick, the 26.2 miles of the Boston Marathon.

"A lot of businesses downtown miss the opportunity to make some money on a nice day like today," said Tony Matarazzo, owner of Hopkinton restaurant Lola's Italian Kitchen.

But there was also a ceremonial toast about noon at the finish line, with the launch of Born 2 Run beer by Vermont's Whetstone Craft Beers. Proceeds of the blood orange gose's sales will benefit the Born to Run Foundation, which gave a running blade to the brewery's cofounder, David Hiler.

After Heather Abbott lost a limb in the Boston Marathon bombing on April 15, 2013, she had help of an $81 million fund for the victims to pay for multiple prostheses, which are not covered by insurance if they are cosmetic or not deemed medically necessary. Now her foundation is helping other amputees get special prosthetic limbs they can use to wear high heels, ride a bike or go swimming.