Corriea, who maintains he is innocent, remains convicted of multiple counts of wire fraud, extortion conspiracy and extortion, but the trimming of his convictions will undoubtedly impact the punishment he receives

The 29-year-old, who was elected mayor in 2015, wouldn't say if this was a win for him -- he declined to comment -- but Massachusetts School of Law President Michael Coyne believes he got some leniency.

Jasiel Correia was found guilty by a jury after about 23 hours of deliberations over four days in a trial that highlighted his swift rise and fall in Fall River, where he had dazzled voters with his intelligence and promises to turn the city around.

"One would think that some of this indicates a little bit of sympathy for the defendant,” said Coyne.

Correia was convicted in May of stealing money from investors and extorting thousands of dollars from marijuana businesses that hoped to open in Fall River.

The former mayor was set to be sentenced Monday, but District Court Judge Douglas Woodlock instead tossed out eight of the 21 counts of which Correia was found guilty.

Despite all of that, NBC10 Boston's legal analyst said it may not matter.

Prosecutors are seeking a punishment of 11 years in prison, while Correia's attorneys have argued for a much lower three-year sentence.

"Whether you're convicted on 12 or 20, the likelihood is, if you're serving them concurrently, it won't alter the ultimate sentence significantly," noted Coyne.

"The court was careful in making the determination that a number of these charges are, in fact, sufficiently supported under the law," said Coyne. "But they are also trying to make sure that the defendant has the benefit of that rule of law that we all want when it comes our time to be judged by the court."

Correia will be sentenced at a hearing scheduled for Tuesday morning. 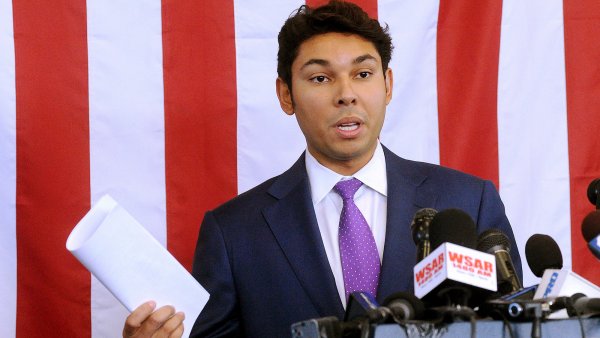