Boston’s Logan Airport looked like it was low travel season Thursday night into Friday morning. A trickle of travelers in what seemed like the calm before the storm that is expected to be during the Fourth of July holiday weekend.

“Not too, too bad,” noted Philip Woyye. “Not something I’d be complaining major about.”

“No complications. We’ve had a pretty good weekend!” noted Toni Bush. “We feel like very lucky.”

The biggest holiday travel weekend is upon us with travelers at Boston Logan Airport Wednesday night dealing with flight cancellations and delays. Delta pilots are now picketing, angry over schedules and work conditions. But Thursday night seemed like the calm before the storm.

Travelers warned not to count on it being so easy to travel from here on out. Floridians Richard and Stephanie weren’t as lucky.

“Our flight got cancelled yesterday so now we’re hopscotching around to get home,” Stephanie said.

They flew in from Europe and had a layover in Boston. Their flight to Atlanta was delayed and they need to catch one more before reaching Tallahassee.

“We won’t get home until midnight,” said Richard.

"Everyone is having problems dealing with the combinations of not enough staff, not enough equipment and all sorts of weather problems,” noted Travelers United spokesman Charlie Leocha.

Those traveling with Delta were warned by the airline about expected “operational challenges,” and offering the chance to "rebook your flight with no fare difference or change fees." 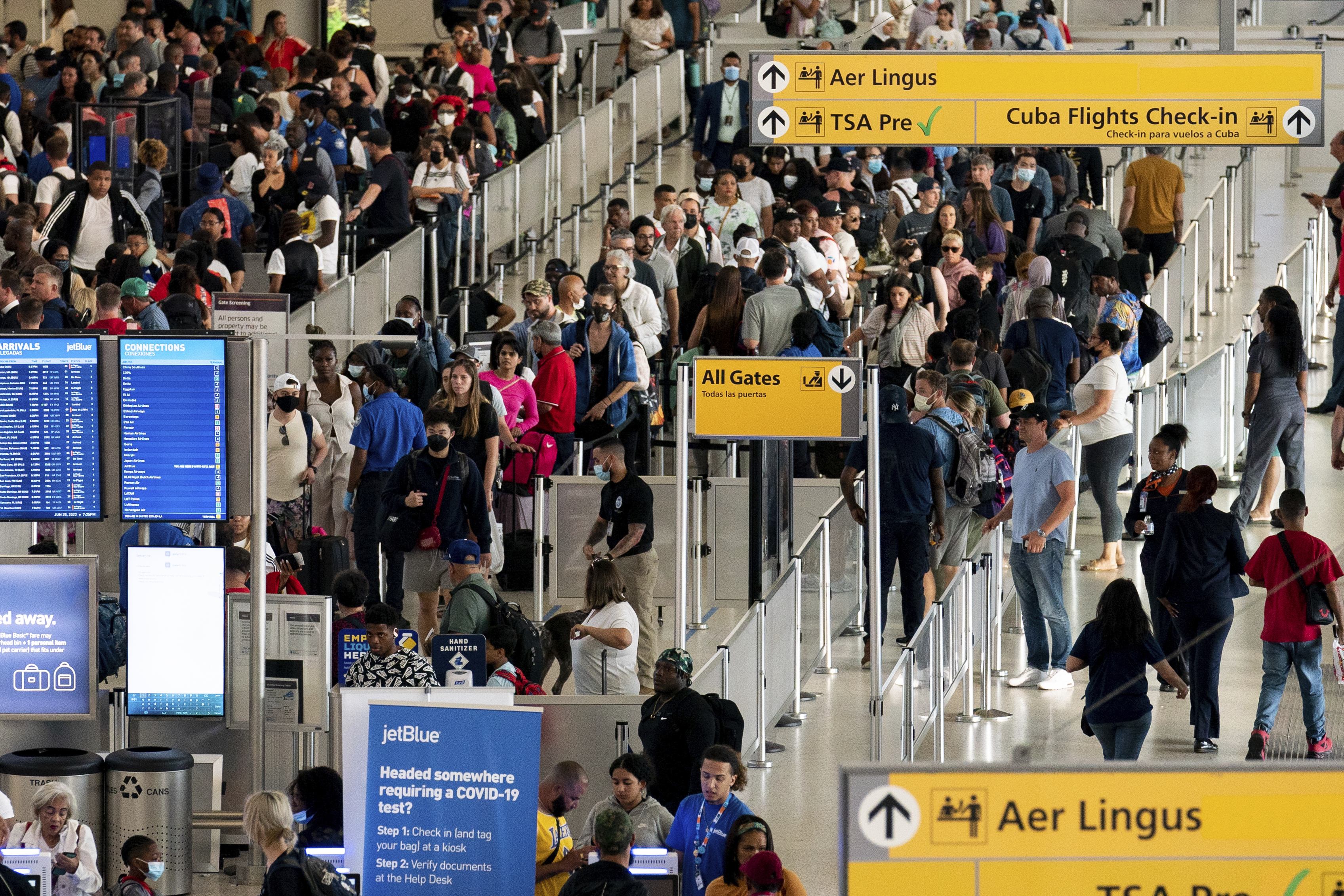 The Air Line Pilots Association, International said there would be no walkout of Delta pilots.

Those taking their chances this weekend are hoping for the best.

“So it’s Canada Day tomorrow so we’re hoping to get home to that,” said Canadian Kathryn Vanberkel who was en route to Alberta.

Trip Advisor suggests travelers should give themselves extra time and be flexible if planning on traveling by air, land, or sea.

Thursday was expected to be one of the busiest travel days on the road for the Fourth of July weekend. Triple A Northeast predicts drivers in the Boston area could experience up to 3x the usual traffic on some roadways both Thursday and Friday.