Commercial light shows have been popping up in fairgrounds, farms, zoos and even parking lots, industry officials say

The holiday season is shining brightly during the pandemic as businesses pour money into extravagant light shows to spread cheer.

From Maine to California, more lights shows have launched during the pandemic, and they're more elaborate than ever, with sparkly spectacles that the comedic character Clark Griswold from "National Lampoon's Christmas Vacation" could only dream about.

"They're exploding because people are looking for something to do. That has been a boom for this business," said Wayne Wheeler, whose Wisconsin-based company, Reinders Inc., imports bulk lights and other gear used in the professionally produced shows.

Lighting displays are a time-honored tradition in the holidays, and people often drive around various neighborhoods to check out colorful lights. The commercial operations take it to another level, with hundreds of thousands of twinkling lights, synchronized music, animated props and other glowing fixtures aimed at eliciting a "wow!"

The 2nd holiday season of the coronavirus pandemic is here. Whether you plan to gather with family or not, you should get a booster shot to help protect you against the virus, especially with the Omicron variant surging. And you should be cautious about big gatherings with lots of singing - that's more likely to spread an infection, says Dr. Bob Lahita of St. Joseph's Health in Paterson, NJ.

No entity tracks such shows. But the pandemic provided a boost, and commercial light shows have been popping up in fairgrounds, farms, zoos and even parking lots, industry officials say.

It turns out that viewing shimmering outdoor lights on foot, or from inside a car, is a safe activity amid surging COVID-19 infections. Ticketing is often done online, and tickets can be scanned through a vehicle's window.

In Cumberland, Maine, the formula was a hit for Julie and Steve Lankford.

With the parents up front and their daughter and a giant, stuffed Abominable Snowman sharing the backseat, the Portland family eased their vehicle through the first "Maine Celebration of Lights" at the Cumberland Fair Grounds.

"It's definitely safe that way, especially with the variants around," Steve Lankford said of COVID-19 strains driving infections. 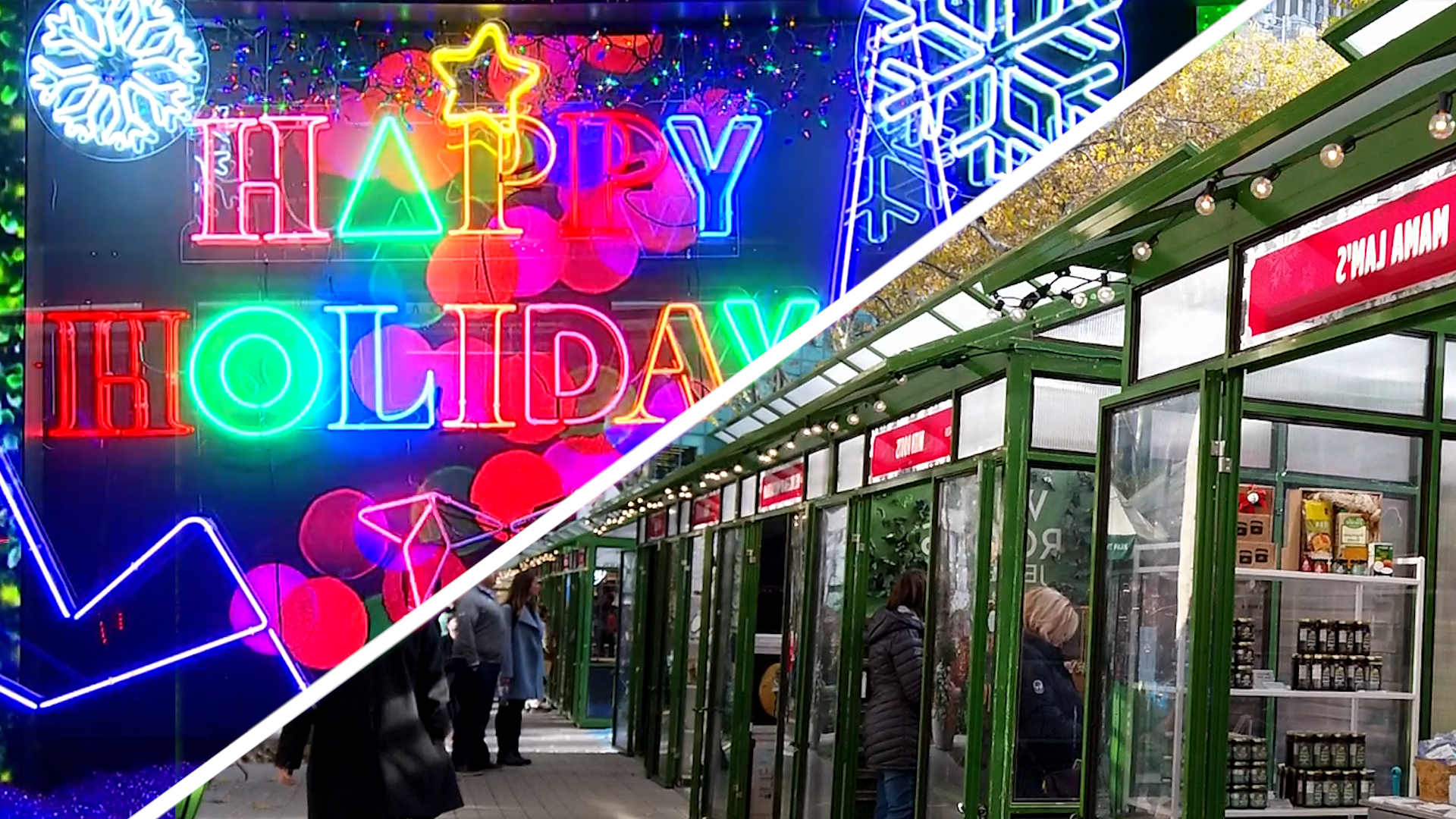 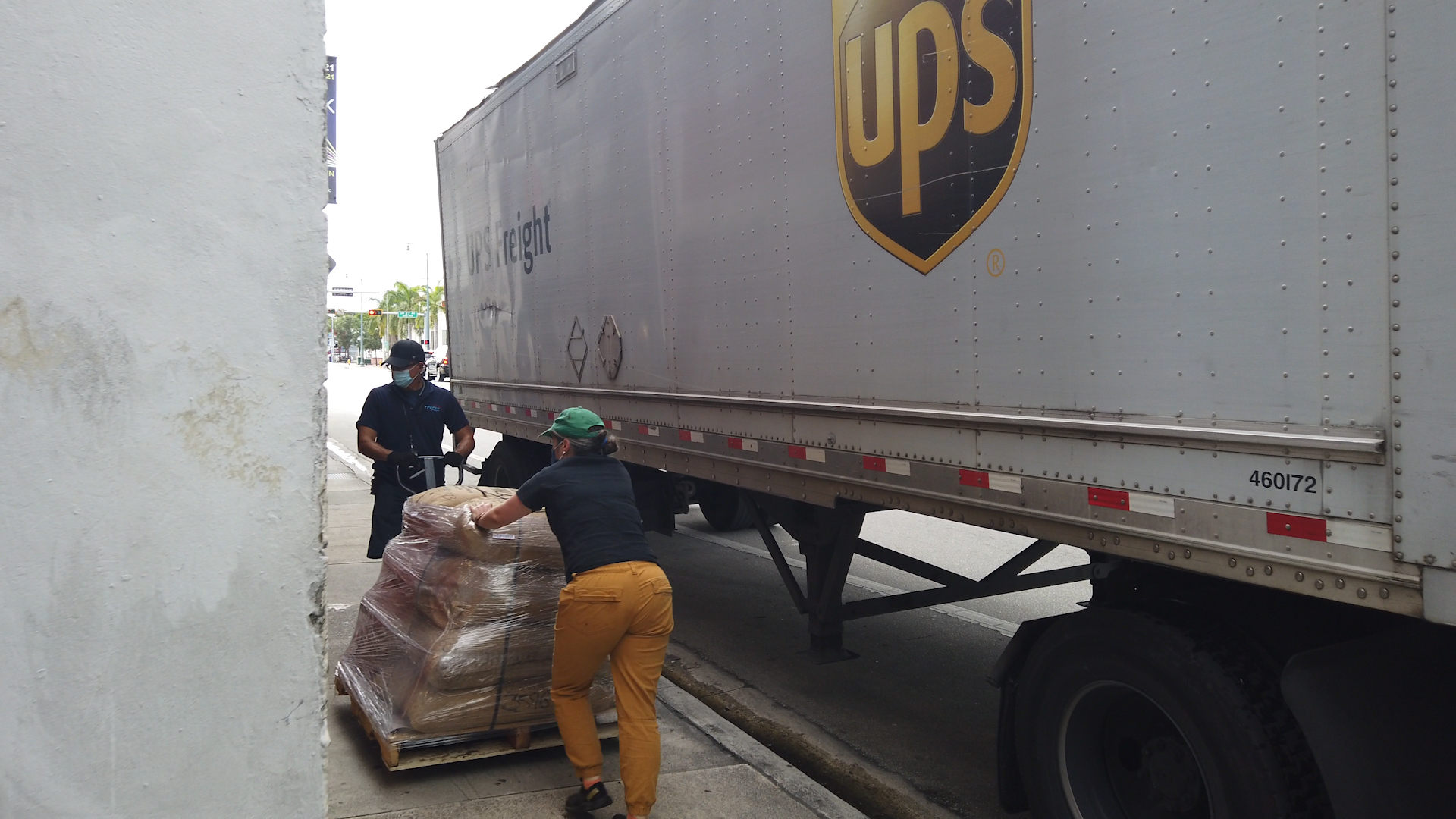 The creator of the this particular event, E.J. Dean, said he didn't necessarily set out to spread joy. He just wanted to keep his workers employed after the pandemic nearly shut down his business, which provides amusement rides and games to agricultural fairs and outdoor festivals, all of which were canceled in 2020.

"We were fortunate and didn't lay anyone off," said Dean, whose business, Fiesta Shows, is based in Seabrook, New Hampshire.

None other than inventor Thomas Edison is credited with creating the first strand of lightbulbs, which were strung outside of his Menlo Park Laboratory in 1880, according to the Library of Congress. In 1923, President Calvin Coolidge started a new tradition by lighting the National Christmas Tree with 2,500 electric lights.

President Joe Biden is vacationing on Nantucket with his family.

The tradition took off from there.

One of the early drive-through displays was in Wheeling, West Virginia, where operators at Oglebay Park tapped a high school shop class to build frames, string lights and erect displays for motorists to enjoy.

These days, most major cities have a light show, or several.

David Fred, owner of Indiana-based Winterland Inc., saw his events at the New Hampshire Motor Speedway and Las Vegas Motor Speedway both get more than 200% increases in vehicles last year. His business supplies 195 shows, and runs another 11.

This holiday season, he estimates there's a 45% increase in popup events launched by people trying to draw on last season's success.

They're becoming more intricate. For Texas-based Extreme Lightscapes, the average budget for a holiday light show synced with music has grown to $500,000.

"Everybody continues to try to outdo each other in terms of size, scope and technological complexity," said the company's "head elf" Darren Vader.

Such events are run by businesses, nonprofits and municipalities.

Many of the operators started with lavish shows at their homes for fun before deciding to get into the business, said Matt Reed from Arizona-based Ewing Irrigation and Landscape Products, which provides lights to contractors and municipalities.

"You feel a difference when there's a lot of love behind the project. It's not just a job for them," he said.

Public health officials have been cautious after the surge of the Omicron variant of the coronavirus, says NBC News medical correspondent Dr. John Torres. "We now understand we have to try and stay a step ahead of this virus - and by doing that we might shut down things that don't necessarily need to be shut down," he said. But the alternative — not being cautious — could lead to cases "getting out control."