Massachusetts' COVID Vaccine Mandate Is in Effect. Here's What to Expect This Week

"So far the process is going quite well, and we've seen a huge uptick in attestations over the past week, which is a great sign," Gov. Charlie Baker said Monday

Massachusetts Gov. Charlie Baker's coronavirus vaccine mandate took effect Monday. The rule doesn't apply to everyone in the state, but employees of its Executive Department must be fully immunized or have applied for an exemption.

Here's what could happen this week as a result of the mandate going into effect:

There could be staffing shortages in the state prison system as more than 1,400 correction officers could be in violation of the policy for executive branch employees. Additionally, at least 150 Massachusetts State Police officers intend to resign over it or already have, according to their union, though the state hasn't confirmed those numbers.

"We are currently in the process of reviewing attestations and exemption requests," state police spokesperson Dave Procopio said in a statement Monday. "As noted previously, the department has contingency plans in place to deploy resources as needed to ensure continuity of services, if necessary due to non-compliance with Executive Order 595."

Meanwhile, hundreds or thousands of health care workers could lose their jobs for failing to comply with similar requirements. Nearly all hospitals in Massachusetts have announced vaccine mandates for employees with deadlines in October and November. And in Boston, more than 600 city employees are on unpaid leave after failing to comply with acting Mayor Kim Janey's vaccine mandate.

Sunday was the deadline for thousands of Massachusetts employees to submit proof of COVID-19 vaccination or face possible termination.

Baker has activated up to 450 members of the National Guard to assist with COVID-19 testing in Massachusetts schools and help offset potential staffing shortages within the state prison system.

While he moved last week to dedicate 250 of those National Guard members to potential Department of Correction staffing shortages, Baker's office said Monday that the administration "does not anticipate any significant staffing shortages in the immediate future."

In August, Baker warned roughly 42,000 executive branch state employees if they don’t get their COVID-19 shot or their exemptions approved by the Oct. 17 deadline, they would face disciplinary action, even termination.

On Monday, a representative for Baker said that more than 40,000 executive department employees -- about 95% of the workforce the mandate applies to -- have either submitted their forms attesting to their vaccination status or applied for an exemption. Baker's office did not answer questions about how many religious exemptions were applied for and how many were approved.

The deadline for state employees to get vaccinated was Sunday, Oct. 17.

"In the coming days, the Administration will work with the small number of employees not in compliance and implement progressive discipline if necessary," Baker's office said in a statement, noting that they were missing a little over 1,500 attestations or exemption requests from executive office employees.

Baker himself noted the 95% attestation/exemption rate on Monday, when he pointed out that the vaccine mandate rollout is a process that will take time to work out.

"When you’re dealing with 44,000 people you want to give everybody a chance to actually get around to responding, and I'm pleased to say so far 95% of the state's work force on the executive side have attested or officially sought an exemption," Baker said.

Baker's mandate order requires that any person who works for a Commonwealth Executive Department Agency, including full-time, part-time, seasonal, intermittent, temporary, post-retiree and contract employees, and interns are required to get the vaccine as well. The mandate also extends to individuals who telework for any state agencies, according to the state website.

The State Police Association of Massachusetts held a press conference Monday in the Boston Common about Baker's vaccine mandate and the deadline that took effect at midnight. Baker noted that over 90% of state police employees are in compliance with the mandate.

The union said its estimates show 299 members are unvaccinated and roughly 200 have requested exemptions.

"They don't know whether they're going to have a job today, tomorrow – they were told today was the final day, nobody's telling us what's going on," State Police Association of Massachusetts President Michael Chevren said Monday.

Unions that represent both Massachusetts correction officers and state troopers sued the state in an attempt to block the vaccine mandate, but both lost.

A federal court judge on Friday denied a request from the Massachusetts Correction Officers Federated Union to block Baker's vaccine order. The decision came just two days before the union's 3,300 members faced the Sunday deadline to show proof of vaccination or face disciplinary action, including suspension and possible termination.

The union's attorney, James Lamond, told the court in a separate filing on Friday that 40%, or about 1,411 correction officers, were unvaccinated as of last Wednesday.

Last month, a Superior Court judge denied a similar request from the State Police Association of Massachusetts to block the mandate from taking effect. The decision left unvaccinated troopers with just days to get their first dose of the Pfizer vaccine or face potential disciplinary action, including the loss of their job.

More on the Mass. Vaccine Mandate 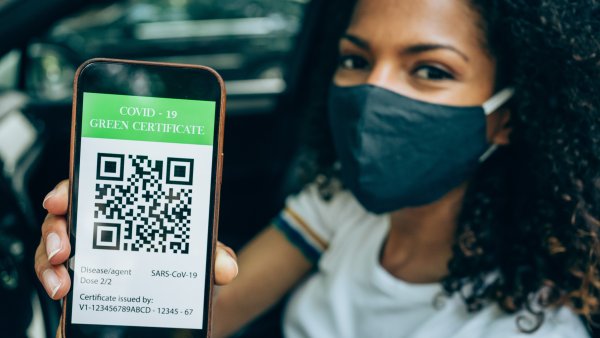