The mayor-elect of Fall River, Massachusetts, may not take office for another two months, but he says he's already on the job.

"We've been stuck in a rut for a long time," Correia said. "I'm a life-long resident here and I have so much pride and faith in this community, but we have to have faith in ourselves to uplift ourselves."

So far, residents seems cautiously optimistic that Correira may be exactly what this South Coast community needs.

"I think this man is going to bring vitality to the city that we haven't had here for many, many years," Richard Arruda said.

"This is a young person who might not have lived through as much as some of the other candidates who may have more experience, but I feel it's always nice to have someone new bringing fresh ideas," said Sebastian Bermudez.

Correia says he knows he's young, but he's also eager to prove to his hometown that his focus on economic development along the waterfront, will spur other gains in areas like education and crime. 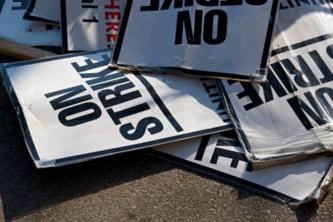 "I don't do this alone and I'm smart enough to know that I'm not the smartest person in the room at any given time, and you need to bring together the best and brightest people," he said. "It's not going to be an easy job but it's not going to be a job I do by myself."

Correia says he was encouraged by the voter turnout, nearly 35 percent, which he says he believes means residents are re-energized to make the city great.

James DeAmicis, just 19, will start his first term on the school committee in Quincy, Massachusetts, in January.

Astonishingly, Correia was not even the youngest man to be elected to public office in the Bay State Tuesday. James DeAmicis, just 19, will start his first term on Quincy's school committee in January.

DeAmicis is currently a government studies student at Suffolk University. The teen won his bid for one of three open seats on the school committee.

He is the youngest person to be elected in the history of Quincy, a city settled in 1625.