The suspect allegedly hit three parked cars before she took off

A Webster, Massachusetts woman was arrested Thursday for allegedly hitting three parked vehicles while driving under the influence and then leaving the scene.

At approximately 2 a.m., Dudley police responded to a call of a hit-and-run crash that damaged three cars near 25 Oxford Avenue. A vehicle believed to have been involved in the crash was stopped less than a mile from the scene, according to police.

A woman, identified as 29-year-old Lauren Soucy, was seen walking in the area and was determined to be the driver of the suspect vehicle. Police believed she was under the influence of alcohol and arrested her. 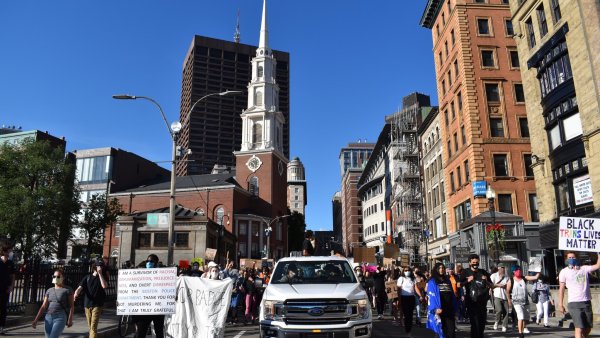 Soucy was charged with OUI, negligent operation of a motor vehicle, leaving the scene of an accident with property damage, a marked lanes violation and possession of an open container of marijuana.

No injuries were reported, according to Dudley police.

It is unclear if Soucy has an attorney.