While MGM Springfield paid its $200,000 application fee by the Nov. 21 deadline, the casino didn't actually get its completed sports betting license application to the commission until Nov. 23

The casinos and slots parlor that are already regulated by the Mass. Gaming Commission were made automatically eligible for sports betting licenses - all they had to do was submit an application and pay a fee and the commission is required by law to issue them a license, so long as they meet the law's other requirements.

But MGM Springfield almost whiffed on its layup of a license request when it missed last week's application deadline, Gaming Commission officials revealed Tuesday. Only after an MGM executive fell on the sword and apologized for what he said was a "miscommunication" within MGM's corporate team did commissioners on Tuesday vote unanimously to accept MGM Springfield's application all the same.

"There was a miscommunication. That is completely my fault, I apologize. I am so sorry that it happened but as soon as we realized that there was an issue, we corrected the problem," Kim said.

Kim said that MGM was juggling both the application for an in-person betting license for MGM Springfield and the BetMGM application for a mobile betting allowance and that he "inadequately communicated" to MGM's corporate team the breakdown of who was supposed to be working on which portions of which application.

"Again, the fault was completely with me. We were struggling to do both the BetMGM application and our application at the same time and there was a mix-up. And it was an extraordinary circumstance where many people were doing many things at the same time," he said, using a phrase ("extraordinary circumstances") that appears in commission regulations as one reason regulators could allow for an extension of time to submit an application. "And so I do ask for the commissioners' indulgence and ask that you allow our application to go forward."

Commissioners were receptive to Kim's request for a vote to officially authorize commission staff to process and review MGM Springfield's late application, and regulators agreed that the casino was in a different position than an applicant that is competing against others for a state betting license. Wells said that in the state's sports betting law "there's a almost presumption of license for the three casinos."

"So MGM Springfield is not really competing against another entity in order to receive the license. So therefore the delay of a couple of days does not impact any other party and no other party would be aggrieved," she said.

The 15 applications that the commission got last week -- from Plainridge Park Casino, MGM Springfield, Encore Boston Harbor, WynnBet, Caesars Sportsbook, BetMGM, Penn Sports Interactive, Fanatics Sportsbook, Bally Bet, bet365, Betr, Betway (DGC USA), DraftKings, FanDuel, and PointsBet -- have all been transferred into the Gaming Commission's internal system where components can be shared across commission divisions. Loretta Lillios, director of the Investigations and Enforcement Bureau, said the licensing team has now turned its attention to reviewing each application for any deficiencies and that the staff "is aligning the ordering of their work to align with the commission's timetable."

"The week last week was a successful week in uploading all of the documents and making them available to internal staff," Lillios said.

The applications for in-person betting from MGM Springfield, Encore Boston Harbor and Plainridge Park Casino are expected to go under the public and commission microscopes next week. The commission agreed Tuesday to hold a public hearing on the so-called Category 1 applications on Dec. 5 and Chairwoman Cathy Judd-Stein said that commission meetings specifically related to those applications are slated for Dec. 6, 7 and 8.

And while the commission presses ahead with its review of sports betting licenses, the prospective operators are busy preparing for the start of wagering as well.

The Gaming Commission will also meet Thursday and that meeting's agenda suggests it will focus far more on the detailed rules and regulations for sports betting. Commissioners, their in-house lawyers and attorneys brought in from an outside firm have been working to write, edit and approve roughly 225 sets of regulations related to sports betting. 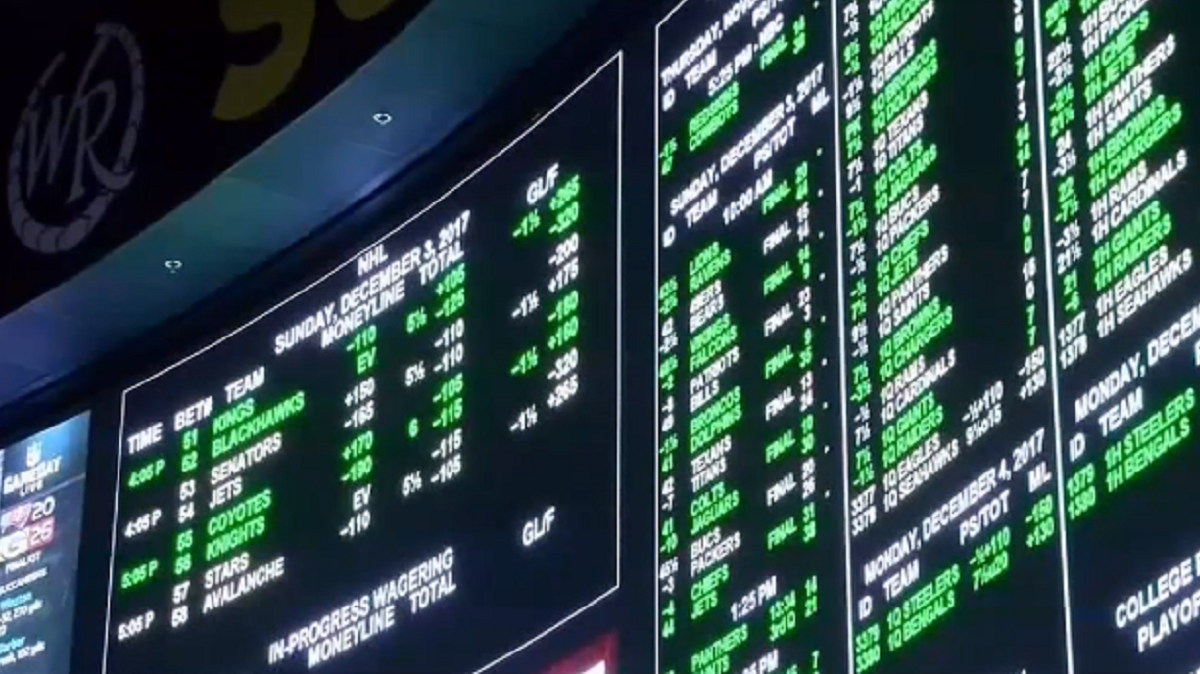