According to the paper, Lylah Styles and Kayla Greene said they were told to go home several times after violating store policy for wearing masks and sneakers with messages including "I can’t breathe" and "Black Lives Matter."

Styles said the two workers wore the apparel for two days before being told to put on a different mask, and that they had not been informed of the company policy. 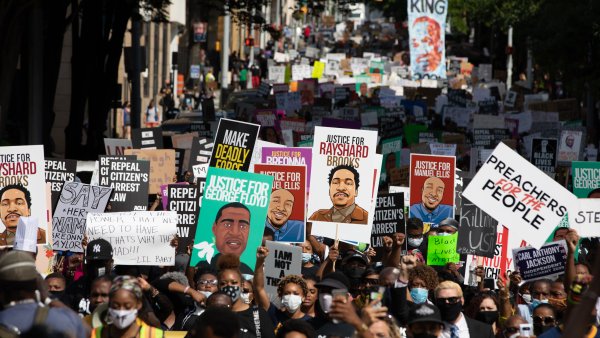 ‘When Does It Stop?': Rayshard Brooks' Family Pleads for Justice, Change 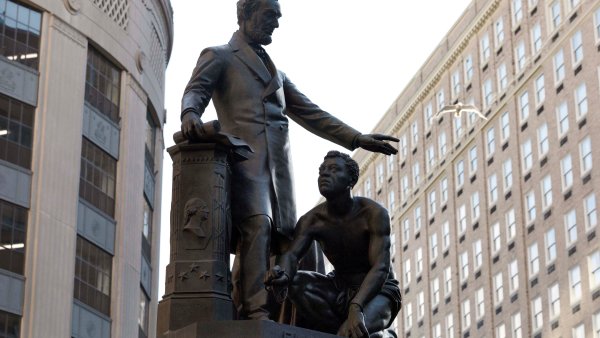 ‘Why Is He Still On His Knees?' Calls Grow to Remove Statue of Lincoln, Freed Black Man in Boston

"Just two days ago, they finally gave me the policy. They had never shown me anything in the policy that stated that we couldn’t wear them,” Styles said. “The way the situation and everything was handled was just very unprofessional and not understanding."

The report follows Starbucks’ announcement on Friday that the chain will allow their workers to wear attire and accessories highlighting the Black Lives Matter movement, reversing its prior stance which prohibited employees from wearing such items.

Styles and Greene said they were told that if they refused to change their masks then they could not keep working their shifts, the paper said.

The two reportedly protested outside of the store with signs that asked cars to honk in support of the Black Lives Matter movement.

"All Whole Foods Market Team Members have signed acknowledgments of our longstanding company dress code, which prohibits any visible slogans, messages, logos or advertising that are not company-related, on any article of clothing, including face masks," Rachel Malish, a Whole Foods spokesperson, said in an email to the paper.

Styles explained that she no longer feels welcome at her workplace and is planning to pursue employment elsewhere.