Man Arrested in Attack of Woman on Trail in Marlboro

The woman screamed, fought back and was able to get free -- then recorded cellphone video of the man running away, Marlboro police said

A woman was attacked while out for a morning walk on a rail trail in Marlboro, Massachusetts, police said Monday.

Police shared video of a man running from the scene in hopes of catching him. They later announced that the suspect, identified as 35-year-old John Parker, had been arrested.

The 40-year-old woman was walking on the Assabet River Rail Trail near the intersection of Fitchburg Street and Sasseville Way about 6:20 a.m. on Monday when the attack took place, Marlboro police said.

The woman said her attacker came up to her from behind, grabbed her around the neck and pushed her to the ground, according to police. But she screamed, fought back and was able to get free, police said.

Police said the woman described the man as having brown hair, blue eyes and a facial piercing and between 30 and 40 years old. He was wearing loose brown cargo shorts with a blue flannel shirt, and may have a tattoo or marking on the upper part of his left calf.

The victim was able to capture a cellphone video of the attacker as he ran down the trail away from her. 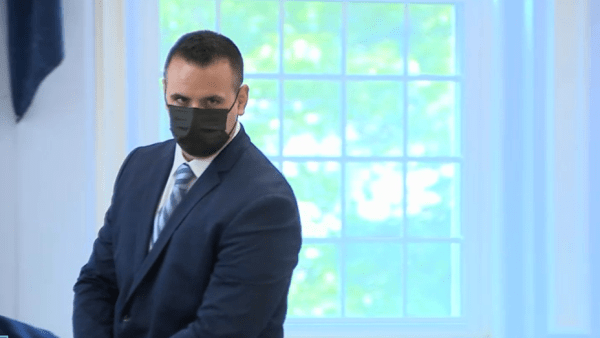 2 Motorcyclists Die in as Many Days in Northwestern Mass.