Investigators are searching for a white van with front end damage, according to Massachusetts State Police

Massachusetts State Police are searching for the driver in an alleged hit-and-run crash that critically injured a pedestrian in Somerville, Massachusetts, Monday night.

State police received a call around 8:45 p.m. Monday for a hit-and-run on McGrath Highway, which is Route 28, at the intersection with Broadway in Somerville. One person was taken to a local hospital with life-threatening injuries, police said.

Investigators are now looking for a white minivan with front-end damage, including a damaged headlight. Anyone with information is asked to call the Medford barracks at 781-396-0100.

"I see an old man laying on the floor with Stop and Shop grocery bags everywhere," the witness said. "I’m on the floor I’m like, 'Hey man. What's your name? Are you good?' And he’s still breathing a little, and we was just sitting there waiting for the people to get here. And they got here."

“How you going to hit somebody and just leave? You can't just leave, you've got to pull over and make sure he - she is okay," the eyewitness said to NBC10 Boston. "What if you hit your own family member? You're not gonna stop over to check, you know what I'm saying? It’s common sense.”

Meanwhile, state police are investigating a hit-and-run crash that killed a pedestrian on Route 93 in Braintree Tuesday morning.

Troopers are working to establish a description of the car that fatally struck the man around 4:25 a.m., along with other facts surrounding the incident. 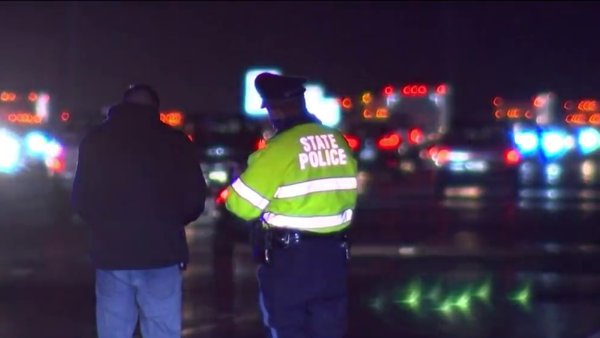 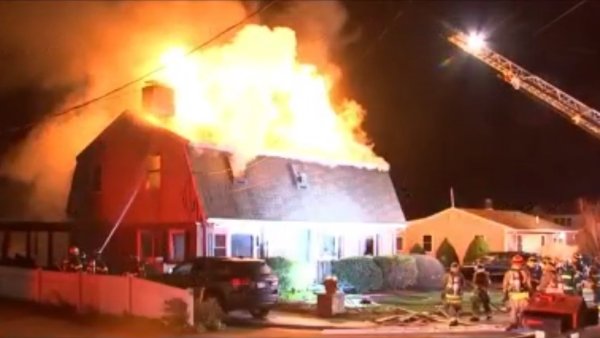