Showers Continue to Hold Off for Most

Though dry and cool air continues to feed into New England from a slow-moving dome of Canadian high pressure, or fair weather, showers aren't that far away - rain drops over Pennsylvania will nudge north, and may deliver a Southern Connecticut sprinkle or light shower this evening.

Otherwise, the biggest impact for New England will be increasing clouds from late morning onward that will dim the sunshine as highs reach 60 inland and 50s with a sea breeze at the coast.

Another cool night is expected tonight, with low temperatures cold enough for frost in Central and Northern New England, as well as sheltered Southern New England valleys. Though a similar day is expected Friday, clouds will bubble up a bit more and a stronger onshore wind will mean cooler temperatures both at the coast, near 50, and inland, in the 50s, with temperatures rising back up by about 5-6 degrees Saturday under similar sky cover.

We've been carefully watching a somewhat unsettled pattern expected for next week, with particular attention paid to when the first chance of widespread showers arrives: and the trend is faster.

In other words, it looks like showers may arrive as soon as Sunday midday through afternoon, at least in scattered form, before ramping up to a steady rain Sunday night and lasting as showers into part of Monday. 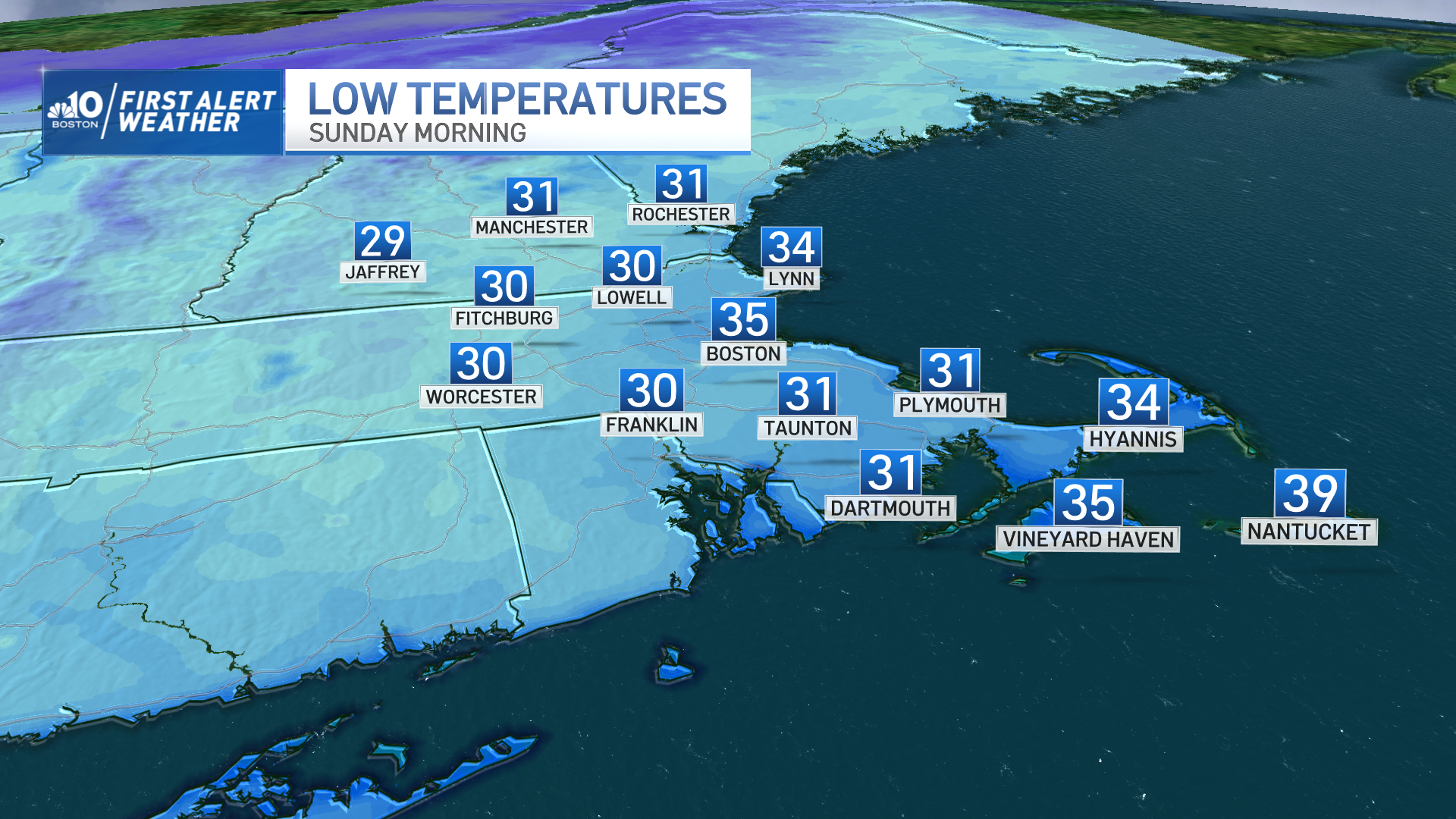 As you might expect, this has an impact on temperatures, and as a generally unsettled week sets in next week, daily high temperatures will be highly dependent upon the amount of sunshine seen, with 50s on cloudier days and 60s when the sun breaks out.