After a fire broke out in the garage of Seung Soo Kim's home in Andover, Massachusetts, three 12-year-old boys who noticed it while walking sprung into action

Seung Soo Kim was cleaning the gutters outside his home in Andover, Massachusetts, when he smelled smoke last weekend.

At first, he says he assumed it was a neighbor burning leaves. He had no idea it was coming from his own garage until the quick thinking of three local middle schoolers.

Oliver Harris says he and his two friends were walking down Summer Street.

"We saw a ton of smoke, so we took a closer look and then we saw the flames," he recalled.

The 12-year-old friends realized something was burning.

The trio quickly called 911 and ran to get one of their grandfathers, who lives nearby. 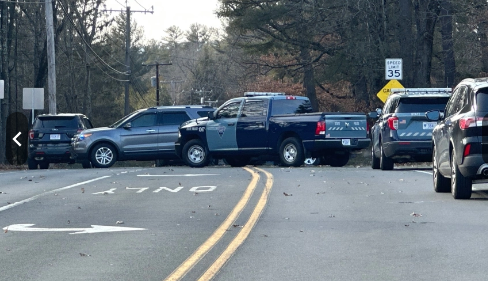 Barry Cratty says he ran down the street with the boys and started banging on the front door.

"It was smoking pretty good" when he arrived, Cratty said.

Kim says his back was to the garage.

"All of the sudden, you know, some kids were yelling and, you know, told me that there was a fire in my garage," he said. "At that point, I was panicked and tried to put it down by my fire extinguisher."

Fire crews soon arrived to help, fully extinguishing the flames and smoke coming from the second floor of the detached garage.

"It could have been a lot worse," Kim said. "I had two fully filled gas cans in my garage, and also, two cars were parked in the garage."

Kim is grateful that the three young friends were in the right place at the right time.

"They actually saved my garage, and/or, you know, many things," he said. "So they are really my heroes."

The kids hope they set a good example that sometimes making a small decision can have a big impact.

Chiesa says one thing he's taking away from this it to pay attention to his surroundings.

"It feels good just to know you did a good thing and did the right thing," Harris said.