The Vermont State Police recently expanded its victim services unit, thanks to a federal grant

"Until there are no more victims, you need someone to work with the families and support them," said David Bass, whose stepdaughter, Emily Jean, was killed last year – allegedly by her husband.

The 22-year-old nursing assistant, remembered for her upbeat energy and kindness, had been vacationing in Bolton, Vermont with her husband, Joseph Ferlazzo – 19 years her elder. The trip was planned to celebrate the couple’s first wedding anniversary, according to investigators.

Ferlazzo told detectives his wife stormed off after an argument. However, that was a lie, VSP said.

Chittenden County State’s Attorney Sarah George charged Ferlazzo with murder, accusing him of shooting Emily in the head, dismembering her with a hand saw, and stashing her in garbage bags he kept inside his camper bus.

After Ferlazzo’s not guilty plea last October, a judge ordered him to remain in jail without bail while the court case progresses.

"It’s so quiet here without her," Adrienne Bass said of Emily in an interview with NECN conducted in her home.

VSP’s victim services unit, which is housed within the Bureau of Criminal Investigation, aims to support people who have experienced trauma. Civilian social workers guide victims, their loved ones, and witnesses through emotionally wrenching circumstances during still-active investigations.

"This whole process would’ve been so much more traumatic than it already was," Adrienne Bass said, describing how the days following word of Emily’s disappearance would have been without the help from the unit.

Amy Farr and Kate Brayton are the social workers within VSP who have years of experience and specialized training in the area of victim services. A $450,000 grant from the U.S. Department of Justice recently funded a second position – Farr’s.

"People are finding themselves in these horrible situations, and not knowing what to do," Farr said of the individuals she and Brayton work with following traumatic experiences.

"There are very few victim service directors that are embedded in a major crime unit in the country," noted Brayton, the unit’s director. "We are probably a handful of agencies of this size."

The Basses remember the social workers as serving as key go-betweens with troopers, guiding the couple through the twists and turns of an active investigation. She also helped with certain paperwork, arranged for a respectful viewing of Emily’s remains, and offered pointers on talking with younger relatives about what happened, the Basses said.

"It was just overwhelming," David Bass recalled. "We weren’t really thinking clearly and they had experience and could say, 'Here’s what you need to do.'"

To be clear, victim advocates have long been fixtures in the Vermont Superior Court’s criminal division, as well as other courtrooms throughout the state and federal system. That good work is not changing.

What’s different today is the civilians within state police can deliver services earlier – during emotional investigations that can stretch over days or weeks or longer.

"They are experiencing all these acute stress symptoms and they’re asked to make 100 decisions," Brayton said of the people she and Farr work with. "And that is not a great combination. And so we’re there to help lay out choices, explore ideas, and different things that have worked for different families."

The federal grant will support the victim services specialist, Farr’s role, for three years, according to a press release issued last year by Vermont State Police.

"The introduction of on-scene and ongoing support yielded benefits for victims, their families, investigating officers, and the community," Col. Matt Birmingham, the VSP commander, said in a written statement issued in 2021 when Farr was hired. "The opportunity to expand this program to include more types of criminal investigations will allow the victim services unit to support more community members who are affected by crime."

How another family was helped

The unit also supported a New York City man last year, during the search for his wife – who was discovered to have died accidentally.

Eli Seyfried, who works as a sheriff’s deputy in Manhattan, was visiting Vermont with his wife, Erika, in late August of 2021 when she took their dog for a walk. He stayed back at the vacation property, investigators said.

That walk ended in tragedy, as The Brattleboro Reformer reported in September 2021. The office of Vermont’s chief medical examiner determined Erika Seyfried’s drowning was an accident. Police said last year they believed Erika, a publishing executive, was trying to save the couple’s golden retriever after the dog went into a rushing river.

"Every negative emotion is mixed in a blender," Eli Seyfried recalled of the period when search teams were looking for his wife in and around the Saxtons River in Westminster. "You’re scared to death. And I looked over my shoulder and there was Amy [Farr]. She was like a therapist for me. She didn’t show sympathy – she showed empathy."

Seyfried said Farr offered counseling, found a hotel for Erika’s sisters as they waited for autopsy results, and even had the pet’s remains cremated while the grieving family focused elsewhere.

When asked by NECN if his experience in law enforcement – albeit in civil cases – left him thinking other departments could benefit from embedding social workers in their agencies, Seyfried answered, "I actually do. For me, it took away that loneliness. It gave me a way to navigate through this."

Mark O’Hagan of Bolton, Massachusetts and his siblings didn’t have access to the unit’s help. It hadn’t yet formed in 2010, when their mother, Pat, was shot and killed in the rural Northeast Kingdom during a botched robbery. Several men were convicted of targeting the grandmother for drug money.

"It sounds like a great service," O’Hagan said of the recently-expanded VSP victim services unit.

Throughout the search for Pat O’Hagan’s body, which had been dumped in the woods, Mark O’Hagan recalled in an interview with NECN how busy detectives did update the family on developments – though not with the kind of training social workers have.

"They were keeping us posted, but we did get the sense it was taking them away from other things," O’Hagan said, describing memories of the search for his mom in and around Sheffield, Vermont in the fall of 2010. "So somebody that was more of a civilian that could provide that liaison and be able to give us some information and let those guys work would’ve, you know, I think helped them as well."

The newly-expanded team still has limited resources – it’s just two people, remember – so Brayton and Farr said they prioritize cases with the greatest need for assistance and comfort after trauma.

"It shows that we care about what happened, but we also care about that impact and that we want to help toward a healing place," Farr explained.

As for murder victim Emily Jean’s mom and stepdad, they told NECN they’re incredibly grateful someone had their back during a fast-moving, confusing chapter – when they were simply shattered.

"The word that comes to mind is 'floundering,'" Adrienne Bass said of how she would have experienced the trauma of her daughter’s death without support. "Trying to know what you’re supposed to do. And not having anybody to sort of guide you."

Emily’s mother pointed to controlling, abusive behavior she said her daughter endured from Joseph Ferlazzo prior to her killing. She said she is therefore driven to transform her pain into progress – honoring Emily through projects that raise awareness of domestic violence and pathways out of it.

"It takes time," Adrienne Bass said of exiting an unhealthy and harmful relationship. "And unfortunately, Emily didn’t end up having that time."

"We want people to learn from what happened and to be better, to find ways to solve this problem," added David Bass. "Because there were so many warning signs and things done that still didn’t prevent what happened."

As the Basses launch their advocacy work, and start to build the website Emily Jean’s Voice, the couple credits VSP’s fresh emphasis on victim services for starting them on the long road to healing.

"I think it’s critically important work," Farr said of the responsibilities she and Brayton share in the victim services unit.

"When they talk about 'protect and serve,' that 'serve' piece is the piece that we’re in," Brayton emphasized.

Both New Hampshire, where Emily Jean grew up, and Vermont, where she died, have domestic violence helplines that offer support to survivors 24 hours a day. People in New Hampshire may call 1-866-644-3574 for assistance, and those in Vermont can reach help by dialing 1-800-228-7395. The Vermont Network Against Domestic and Sexual Violence also provides a link to county-specific resources, and resources for specific populations such as hearing-impaired or LGBTQ+ Vermonters.

Vt. Man Charged With Murder on the High Seas in Mother's 2016 Death 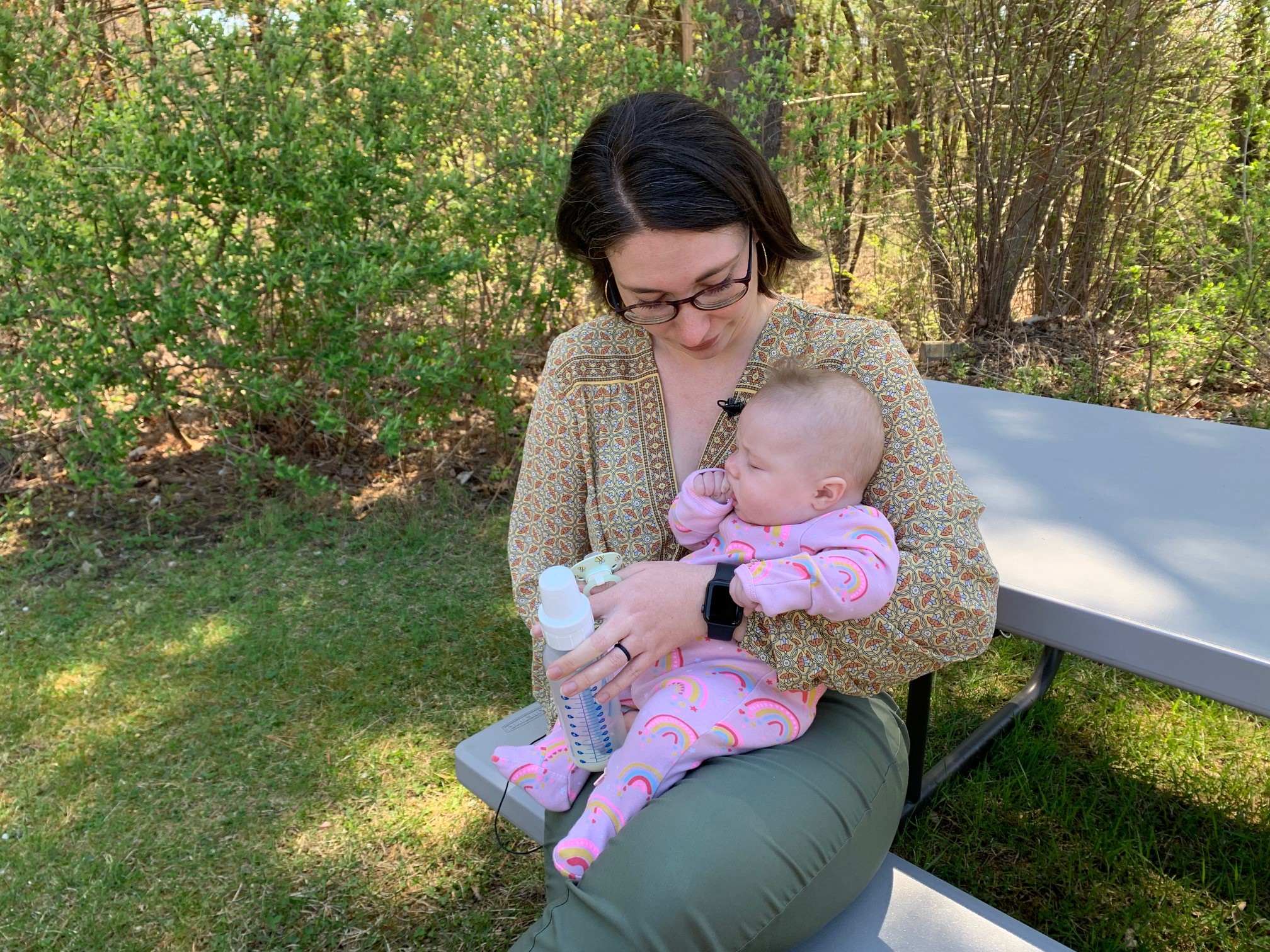 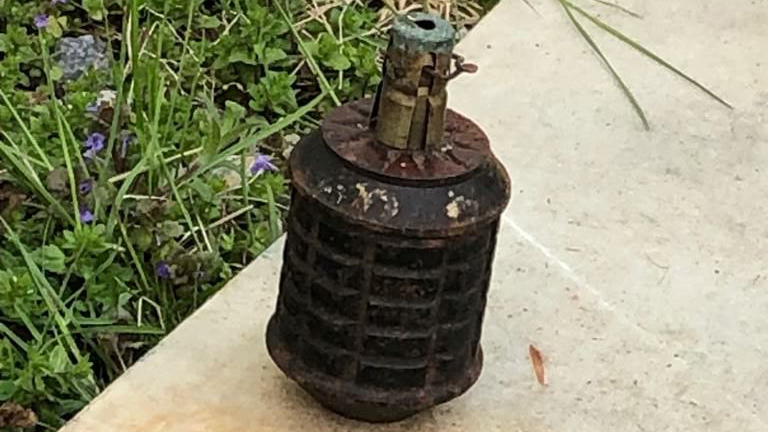