Rutland leaders hope the move sends a message that it is a welcoming community: "We value everyone, no matter their race, color, creed, background — no matter what"

A growing list of Vermont communities are adopting a new pledge that condemns racism and sends a message that they welcome all people.

The city of Rutland joined the list this week, when its Board of Aldermen approved the Declaration of Inclusion in a unanimous vote.

“I hope this sends a clear message to the community, to the rest of the state, and really to the country that Rutland is a place that is welcoming of everyone,” said Thomas Franco, a member of the Rutland Board of Aldermen. “No matter your race, your age, your sexual orientation, or gender identity, your disability status— that you belong here and that we welcome you.” 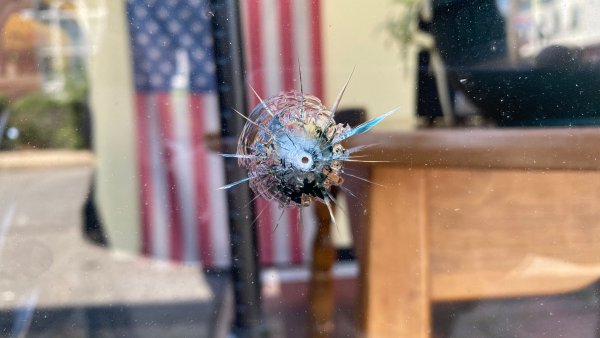 Franco formally signed his name to the newly adopted document Wednesday, along those of his colleagues.

The towns of Pittsford, Pittsfield, Franklin, Brandon, Waterbury, Middlebury and the village of Woodstock have similarly embraced the declaration, according to Al Wakefield, one of the members of a group promoting greater adoption of the Declaration of Inclusion.

“Our vision is that the Declaration of Inclusion is really a challenge to move Rutland forward, to embrace and promote change, to put in motion plans and strategies which could be the model for what the future looks like — as opposed to a memory of a past that lingers on,” Wakefield said Monday night in comments ahead of the supportive vote from the Board of Aldermen.

Rutland was the first city in the state to embrace the pledge, Franco noted.

“Rutland is a welcoming place,” Allaire said in an interview Wednesday with NECN and NBC10 Boston. “We value everyone, no matter their race, color, creed, background — no matter what. I think we can all agree, no matter where we stand in our political philosophy that that’s a unifying factor and the right thing to do.”

Rutland, like many places nationwide, has grappled lately with issues involving race.

At Rutland High School, for example, there has been a heated debate about replacing the mascot with one that no longer uses imagery taken from Native American culture.

Formerly, the school’s mascot was the Raiders and the logo used an arrowhead. The school board in Rutland recently approved a change, to the Ravens, but a new push could restore the Raider — with a different logo.

“Moving forward as a community will help lessen division and help unify everybody,” predicted Gio Falco, a senior at the school who was glad to see city leaders adopt the Declaration of Inclusion.

“It’s something we should definitely take part in,” added Emma Gilmore, a junior who expressed optimism the new pledge will make equality and inclusion city-wide values.

Sophie Anderson, another junior, said the Board of Aldermen’s unanimous vote on the Declaration of Inclusion was meaningful to her on a personal level.

“As an Asian American, there’s always that little thing in the back of your head that’s like, ‘Oh well, you’re not white, so is this an inclusive place for you?’” Anderson said. “And I think by introducing this, this makes me feel a lot better.”

Sen. Bernie Sanders, I-Vermont, was at Rutland High School Wednesday talking about COVID relief efforts and what is needed to support students and families following the pandemic.

After his visit, NECN & NBC10 Boston asked Sanders about the new promise from Rutland’s elected officials to promote a welcoming atmosphere.

“It’s not going to happen overnight, but we’ve got to begin somewhere,” Sanders said of eliminating structural racism and achieving full equity for all people. “And I congratulate the Board of Aldermen here in Rutland for their statement.”

Sanders went on to decry politics that try to divide people up based on skin color, national origin or other characteristics.

“All of us are human beings,” Sanders insisted. “We share the same dreams and hopes for our kids and for the future. So I am delighted to hear what Rutland has done. It’s the right thing. And I hope our state can be a leader in the fight for racial justice.”

Franco said he and other members of the Board of Alderman are committed to incorporating the spirit of the Declaration of Inclusion in all they do.

Wakefield and other backers of the Declaration of Inclusion have said they expect other Vermont cities and towns will adopt their own declarations, too.