The parents of a top Vermont prosecutor arrested last month in Nebraska with 60 pounds of marijuana they said they planned to give as Christmas presents are again facing drug-related charges.

According to WPTZ-TV, 80-year-old Patrick Jiron and his 70-year-old wife, Barbara, were arrested on Tuesday morning on Interstate 80 in northeast Nebraska. They were arrested last month along the same roadway - in the same vehicle - just two counties west.

They were pulled over for following another vehicle too closely, and after a police K9 smelled narcotics, their pickup truck was searched and a duffel bag with $18,000 in cash and notes consistent with marijuana sales was found. The cash allegedly tested positive for marijuana residue. 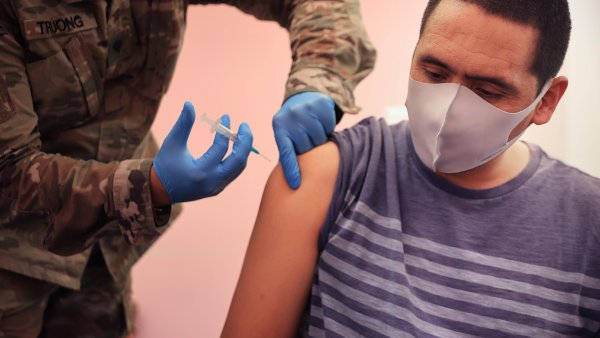 Mariah Jiron, 42, of Hyde Park, Vermont, was driving the truck but was not charged.

Patrick and Barbara Jiron, who live in Clearlake, California, are facing a charge of possession of currency believed to have been used in a drug deal.

Their son, Justin Jiron, is the chief deputy state's attorney for Chittenden County in Vermont. His boss, Chittenden County State's Attorney Sarah George, said last month that he is not connected to his parents' alleged crime and continues to perform his duties in office, which include handling criminal prosecutions in the county.

Patrick and Barbara Jiron were initially arrested on Dec. 19 following a traffic stop in York, Nebraska.

They were found with $300,000 worth of marijuana in their vehicle and told police they were driving from California and planned to distribute the drugs as gifts to relatives in Vermont and Boston. They were charged with possessing marijuana with the intent to deliver.