Some areas saw up to 15 inches of snow

Road conditions deteriorated rapidly in Maine, New Hampshire, Vermont and Massachusetts on Monday as another winter storm dumped more than a foot of snow in parts of the region.

Winter storm warnings were issued for all of Massachusetts with the exception of Martha's Vineyard and Nantucket through 1 a.m. Tuesday. Warnings were also issued in Connecticut, Maine, New Hampshire, Rhode Island and Vermont.

The road conditions deteriorated rapidly starting on Monday morning, with numerous spinouts and accidents reported on the Massachusetts Turnpike and across New England. 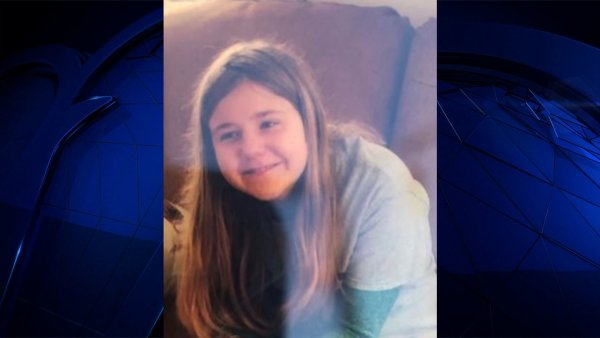 "It's a slow, slow ride, and people need to be patient and cautious," Massachusetts Gov. Charlie Baker said. "This is a big storm. Ten to 14 inches is a lot of snow, but compared to 24 to 36, it's much more typical of a New England winter storm and not a once in every 10 years kind of experience, which is what we had last week."

The speed limit on the Massachusetts Turnpike was reduced to 40 mph, and the speed limit on all major highways in New Hampshire was down to 45 mph. Traffic across the region is extremely slow moving.

"The roads are slippery and we're out there plowing, but the snow's coming down really hard this morning," Boston Mayor Marty Walsh said. "Be careful here today - this is going to be a long snowstorm."

The heaviest snow, about 15 inches, was expected to fall in northwest and north central Massachusetts. Some suburbs north of Boston were also expected to see some areas of 15 inches. Boston was expected to see 10 to 11 inches, Providence 8 inches, and the south coast of Connecticut 6 inches. The outer Cape, on the other hand, will see 1 to 2 inches of snow.

As of noon, some areas of Massachusetts had already seen 10 inches of snow. The storm is expected to wind down in the evening hours of Monday, but the evening commute may also be impacted.

In addition to heavy snowfall, wind gusts up to 35 mph are expected to affect much of the region. There is little to no concern for power outages, wind damage or significant coastal flooding with this storm.

In some parts, the snow will turn to rain in the late morning. With temperatures dropping later, this could lead to some icing on local roads.

And this might not be the last significant snowfall we see this week. NECN chief meteorologist Matt Noyes said another storm could hit New England Thursday night into Friday, though it remains to be seen how much snow might result.

The latest storm comes as parts of New England are still recovering from up to 34 inches of snow that caused problems in major cities like Worcester, where dump trucks and front-end loaders were brought in to remove snow. In Boston, an additional foot could slow snow-clearing operations due to the city's narrow streets.

Baker said state offices were planning for "a regular work day" on Monday but that commuters should try to use public transportation. Similarly, New Hampshire Gov. Maggie Hassan advised travelers to take precautions and plan ahead.

In Maine, state offices with the exception of those in Aroostook County will close Monday at 2 p.m. Residents there are also being urged to drive safe if they have to go on the roads.

Schools in Boston and hundreds of other New England cities and towns called off classes on Monday due to the storm. Boston schools will stay closed on Tuesday, with Mayor Marty Walsh citing safety concerns as plows try to clear streets. Worcester Public Schools will also remain closed Tuesday.

Snow emergencies were declared in Boston, Cambridge, Somerville and many other communities. The Beanpot hockey tournament was also postponed.

Logan Airport is operating, and though there are some delays, some planes are departing and arriving. Airport officials urge travelers to call their airline to find out if they should expect any delays.

Here are some useful links to make sure that you're prepared: