Couple Dead in Apparent Murder-Suicide in Oxford Is Identified

The woman and man who died in an apparent murder-suicide in Oxford, Massachusetts, this week have been identified.

They were Jamie A. Dickinson, 34, and Jesse A. Brooks, 38, the Worcester County District Attorney's Office said Thursday. They lived together on Old Webster Road, prosecutors said, but didn't release any other information.

Two of the three children inside the home escaped the incident through a window. Another, a 3-year-old toddler, was rescued later by police at the home on Old Webster Road.

An apparent murder-suicide at a home with three kids inside remains under investigation in Oxford, Massachusetts. Neighbors said they were heartbroken by what happened.

Dickinson's relatives said Wednesday that her children were safe with them, though obviously incredibly distraught over what they witnessed.

Several neighbors told NBC10 Boston on Wednesday they heard the couple arguing from time to time over the years.

"Just a bunch of yelling and screaming, I couldn't understand it. It's not my business so I just didn't get involved in it," Jeff Emco said.

Alex Clemens remembered, "I said, 'Is everything okay with you guys?' And she goes, 'Yeah, no, we're fine, no big deal,' so I feel like she was probably afraid, to be honest."

A couple was killed Tuesday night in an apparent murder suicide that occurred while three children were inside their family home in Oxford, Massachusetts. All three children survived, according to authorities.

More on the Oxford Killing 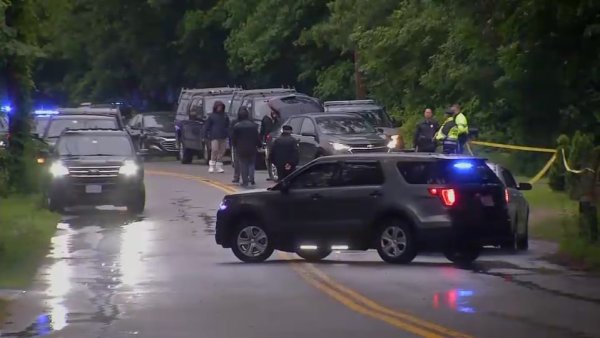 Dickinson's family and friends were too distraught to go on camera, but they said she was an amazing mother who loved to laugh and enjoyed nature.