(NECN/AP) - Election officials will hold a recount on the vote on the $1 billion Mohegan Sun casino project in Palmer, Mass.

The measure was defeated by 93 votes.

Mohegan Sun is seeking other non-casino development ideas for the more-than 150 acres site in Palmer.

It was also recently revealed that Mohegan Sun is in talks to possibly partner with Suffolk Downs in their bid for the eastern Massachusetts casino license in Revere.

Mohegan Sun said Friday that it's exploring "non-gaming projects" for its site in Palmer after failing to persuade local voters to support a $1 billion casino project.

The announcement came ahead of a planned recount next week requested by Mohegan Sun and the Yes for Palmer Committee. It also appears to signal that the company is throwing in the towel on the Palmer project after the plan was narrowly defeated.

"The Town of Palmer made a definitive statement on November 5th - that it is sharply divided on the issue of casino gaming," Mohegan Tribal Gaming Authority CEO Mitchell Etess said in a written statement. "The recount will not change this fact." 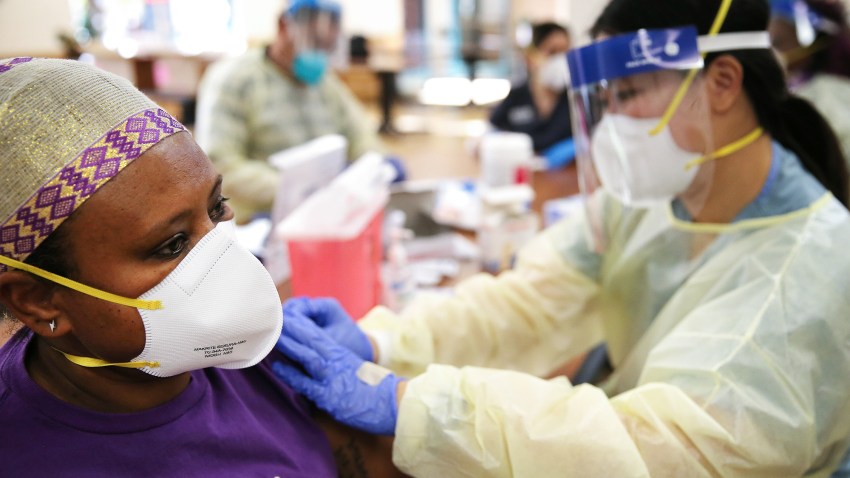 Biden Puts Forth Virus Strategy, Requires Mask Use to Travel