Biles, Raisman Among Victims Seeking $1B-Plus From FBI for Failing to Stop Nassar

There's no dispute that FBI agents in 2015 knew that Larry Nassar was accused of assaulting gymnasts, but they failed to act

Olympic gold medalist Simone Biles and dozens of other women who say they were sexually assaulted by Larry Nassar are seeking more than $1 billion from the FBI for failing to stop the now convicted sports doctor when the agency first received allegations against him, lawyers said Wednesday.

There's no dispute that FBI agents in 2015 knew that Nassar was accused of assaulting gymnasts, but they failed to act, leaving him free to continue to target young women and girls for more than a year.

"It is time for the FBI to be held accountable,” said Maggie Nichols, a national champion gymnast at Oklahoma in 2017-19.

Under federal law, a government agency has six months to respond to the tort claims filed Wednesday. Lawsuits could follow, depending on the FBI’s response.

The U.S. Olympic Committee is "less focused on athlete well-being and more focused on winning," says Marci Hamilton, chair of the Game Over Commission. She joined LX News to talk about the commission's recent report, which says the current business of sports places athletes at risk of abuse.

The approximately 90 claimants include Biles, Aly Raisman and McKayla Maroney, all Olympic gold medalists, according to Manly, Stewart & Finaldi, a California law firm.

"If the FBI had simply done its job, Nassar would have been stopped before he ever had the chance to abuse hundreds of girls, including me,” said former University of Michigan gymnast Samantha Roy.

An email seeking comment was sent to the FBI.

Indianapolis-based USA Gymnastics told local FBI agents in 2015 that three gymnasts said they were assaulted by Nassar, a team doctor. But the FBI did not open a formal investigation or inform federal or state authorities in Michigan, according to the Justice Department's inspector general, an internal watchdog.

Simone Biles, Aly Raisman, McKayla Maroney and Maggie Nichols testified on Wednesday about the sexual assault they endured under Larry Nassar and the investigation that ensued.

Nassar wasn’t arrested until fall 2016 during an investigation by Michigan State University police. He was a doctor at Michigan State.

The Michigan attorney general’s office ultimately handled the assault charges against Nassar, while federal prosecutors in Grand Rapids, Michigan, filed a child pornography case. He is serving decades in prison.

FBI Director Christopher Wray issued an apology while testifying on Wednesday about the FBI’s role in investigating Larry Nassar.

“I’m especially sorry that there were people at the FBI who had their own chance to stop this monster back in 2015 and failed. And that’s inexcusable,” Wray told victims at a Senate hearing.

The Justice Department in May said that it would not pursue criminal charges against former FBI agents who were accused of giving inaccurate or incomplete responses during the inspector general's investigation.

Michigan State University, which was also accused of missing chances over many years to stop Nassar, agreed to pay $500 million to more than 300 women and girls who were assaulted by Nassar. USA Gymnastics and the U.S. Olympic and Paralympic Committee made a $380 million settlement. 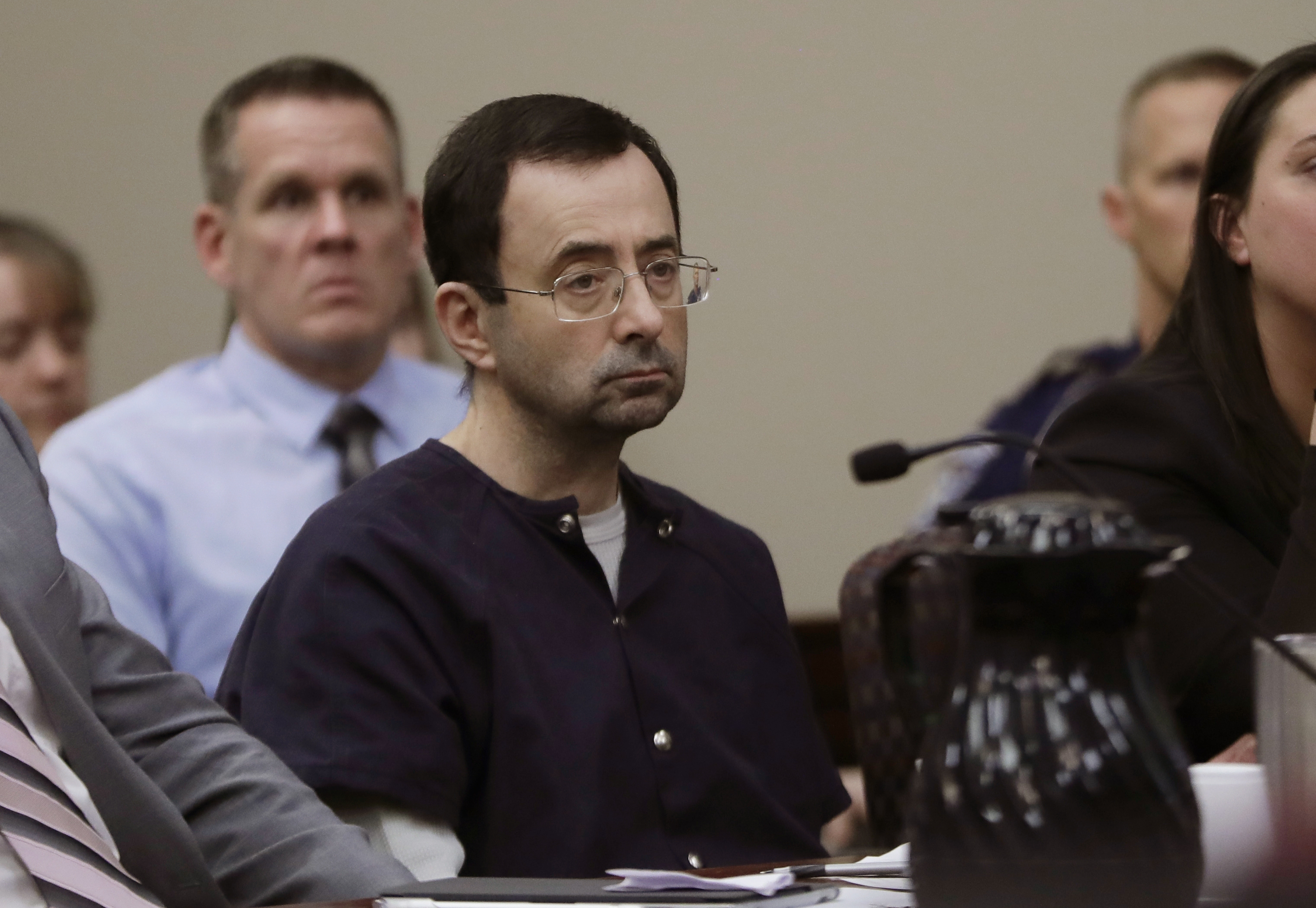 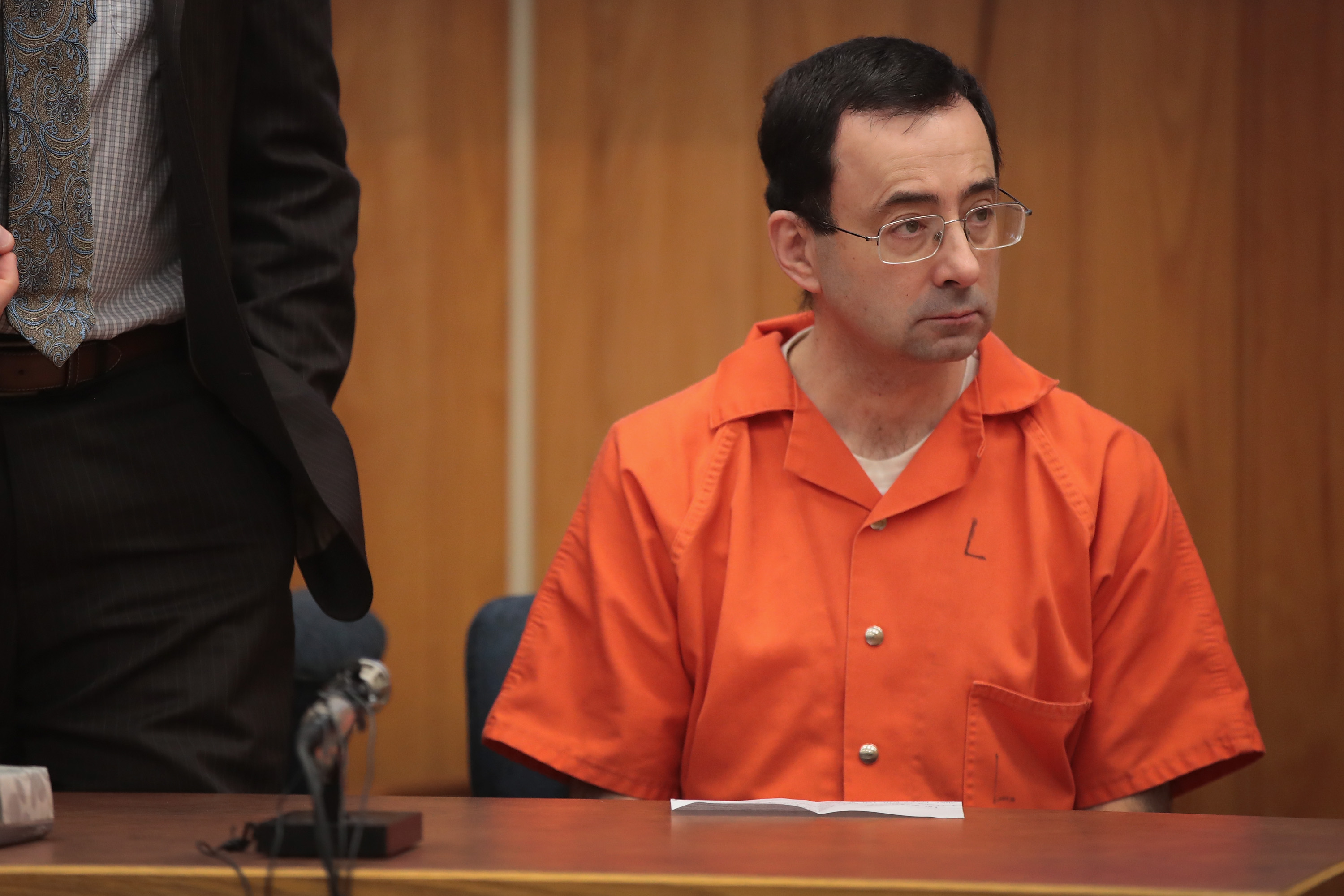