Earlier in the week, Khamenei said high voter turnout will thwart "plots and plans" by Americans and supporters of Israel against Iran

Iranians were voting for a new parliament Friday, with turnout seen as a key measure of support for Iran's leadership as sanctions weigh on the economy and isolate the country diplomatically.

The disqualification of more than 7,000 potential candidates, most of them reformists and moderates, raised the possibility of lower-than-usual turnout.

Iran's leadership and state media urged voter participation, with some framing it as a religious duty. Supreme Leader Ayatollah Ali Khamenei cast his ballot at a mosque near his Tehran office shortly after polls opened at 8 a.m. and urged Iranians to the polls.

"Anyone who cares about Iran's national interests should participate in the election," he said. Earlier in the week, Khamenei said high voter turnout will thwart "plots and plans" by Americans and supporters of Israel against Iran.

Treasury Secretary Steve Mnuchin announced on Friday the administration will levy more sanctions on Iran following their attack on a U.S. air base in Iraq.

"Enemies want to see what the results of the U.S. maximum pressure are," he said, referring to U.S. sanctions and pressure from Washington that have strangled Iran's ability to sell its oil abroad, forcing its economy into recession.

After casting his ballot, Iranian President Hassan Rouhani called on the nation to stage another "victory" by massive voting. "Our enemies will be disappointed more than before," Rouhani said.

On the eve of the vote, the Trump administration imposed sanctions on two senior officials of the Guardian Council, including its chief, and three members of its elections supervisory committee. U.S. officials said those targeted were responsible for silencing the voice of the Iranian people by rejecting more than 7,000 candidates.

One of the sanctioned officials, Guardian Council's spokesman Abbas Ali Kadkhodaei, described Washington's latest move as "custom-made and illegitimate sanctions," dismissing the measure as just another example of the U.S.'s "regional tyranny." 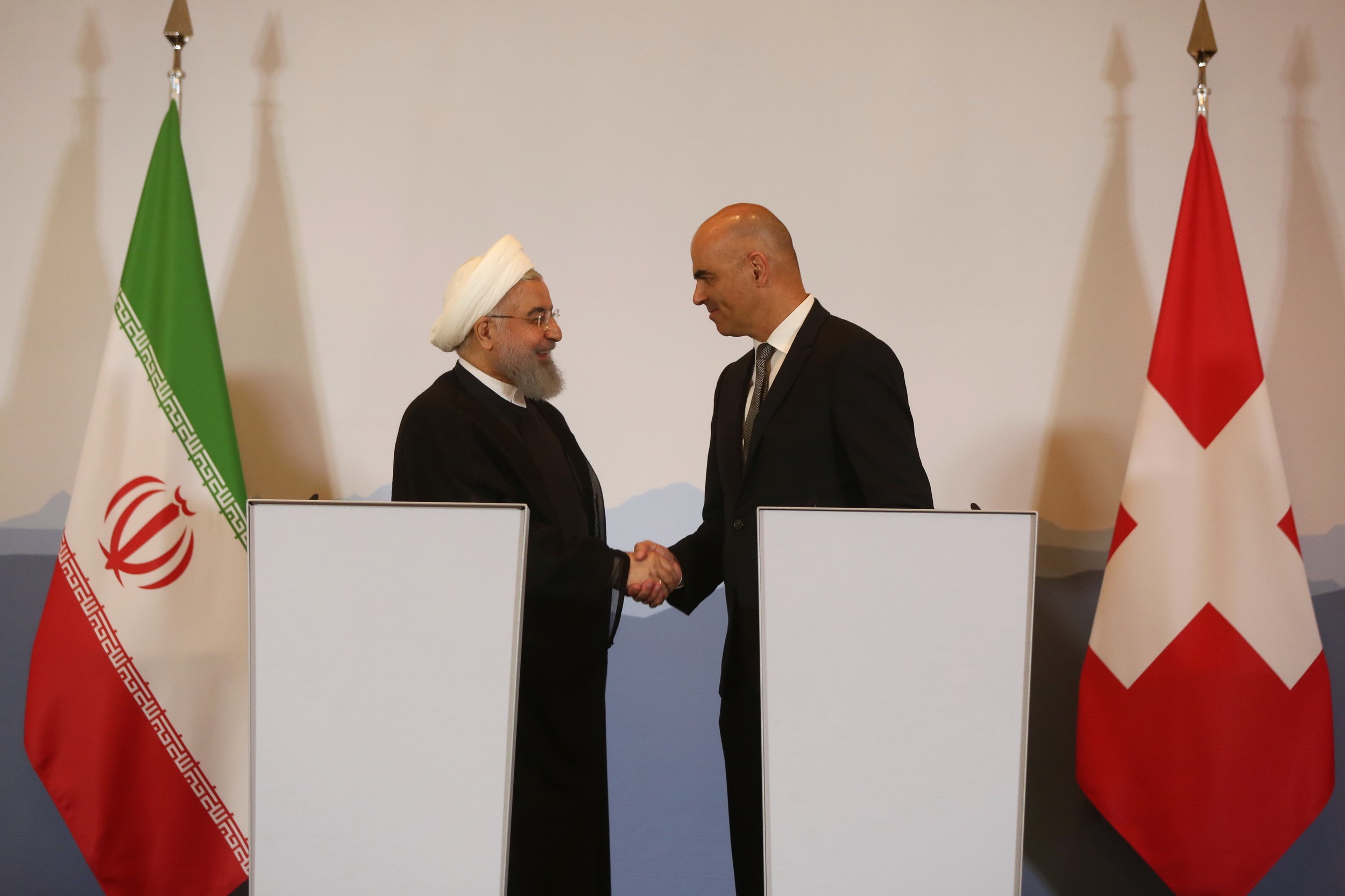 US, Iran Use Swiss as Go-Between to Negotiate Release of Americans Held in Iran

Around 7,000 candidates left in the race after the disqualifications are running in 208 constituencies for the 290-seat chamber.

Tensions with the United States could strengthen hard-liners by reinforcing long-held distrust of the West. The crisis with Washington spiked after a U.S. airstrike in January killed Iran’s top general, Qasem Soleimani. The strike led to a tense confrontation in which Iranian forces accidentally shot down a Ukrainian passenger plane after it took off from Tehran, killing all 176 people on board. Most of those killed were Iranian.

The shoot-down, and attempts by officials to initially conceal the cause of the crash sparked public anger and protests in Iran.

The election is being held at a time of growing economic hardship.

Iranians have seen the price of basic goods skyrocket, inflation and unemployment rise and the local currency plummet since President Donald Trump withdrew the U.S. from Iran’s nuclear agreement with world powers and imposed sanctions. The economic woes faced by ordinary Iranians fueled anti-government protests in November. International human rights groups say at least 300 people were killed in the protests.

Iran confirmed through a state-run news organization that its military unintentionally shot down the Ukrainian airplane which crashed shortly after takeoff from the Tehran airport, killing all 176 people aboard.

The parliament in Iran does not have power to dictate major policies, but it does debate the annual budget and the possible impeachment of ministers. Power in Iran ultimately rests with Khamenei, who has final say on all key matters.

Also looming over the election is the threat of the new coronavirus, which has been confirmed in five people in Iran this week, including two elderly citizens who died in the city of Qom. Concerns over the spread of the virus, which originated in central China, prompted authorities in Iran to close all schools and Shiite seminaries in Qom.

Local TV stations broadcast images from Qom, around 130 kilometers (80 miles) south of the capital, Tehran, showing women and men, some wearing face masks for protection, lining up in separate lines to vote on Friday. Qom is a popular religious destination and a center of learning and religious studies for Shiite Muslims from inside Iran, as well as Iraq, Pakistan and Afghanistan and Azerbaijan.

The Tehran governor tried to calm fears over the new virus, saying voters didn't have to mark their fingers with ink after voting. Using the ink was optional, said Anoushirvan Bandpay, according to the official IRNA news agency.

"People should not be worry about spreading coronavirus," he added.

The Pentagon confirms Iran fired more than a dozen ballistic missiles at two military bases in Iraq where U.S. troops are based. The attack was launched the day of the funeral of Iran's top military commander who was killed in a U.S. drone strike. Alice Barr reports from Washington, D.C.

A parliament stacked with hard-liners could favor expanding the budget for the Revolutionary Guard Corps, which has been sanctioned by the U.S. It could also tilt public policy debates toward hard-liners who are opposed to engagement with the U.S.

Current parliament speaker Ali Larijani decided to step down after 11 years and is not running for reelection. Mohammad Baqher Qalibaf, the former mayor of Tehran who is also the former head of the Revolutionary Guard air force, is seen as one of the front-runners to succeed Larijani.

The current parliament, elected in 2016, had more than 100 reformists and moderates, with the rest of the chamber split between independents and hard-liners. Some 90 current lawmakers were also barred from running in Friday's election.

Nearly 58 million Iranians, out of a population of more than 80 million, are eligible to vote. Every Iranian above the age of 18 can vote.

The death of Gen. Soleimani, the head of Iran’s elite Quds Force, is expected to dramatically increase tensions between the United States and Iran.

Turnout has been over 50% in previous parliamentary elections. In 2016, it was nearly 62%.

The polls close at 6 p.m., though polling stations have in the past stayed open late into the night to give people more time to cast their vote. Friday is a day of rest in Iran, as is the case across most Muslim countries.