The Justice Department will make the findings of their review public

The Justice Department said Sunday it will review the law enforcement response to the Texas school shooting, an unusual federal look back prompted by questions about the shifting and at times contradictory information from authorities that have enraged a community in shock and sorrow.

Department spokesman Anthony Coley said the review would be conducted in a fair, impartial and independent manner and the findings would be made public. The announcement came as President Joe Biden was visiting Uvalde, where he and first lady Jill Biden paid their respects at a memorial to the 19 students and two teachers killed at Robb Elementary School on Tuesday. 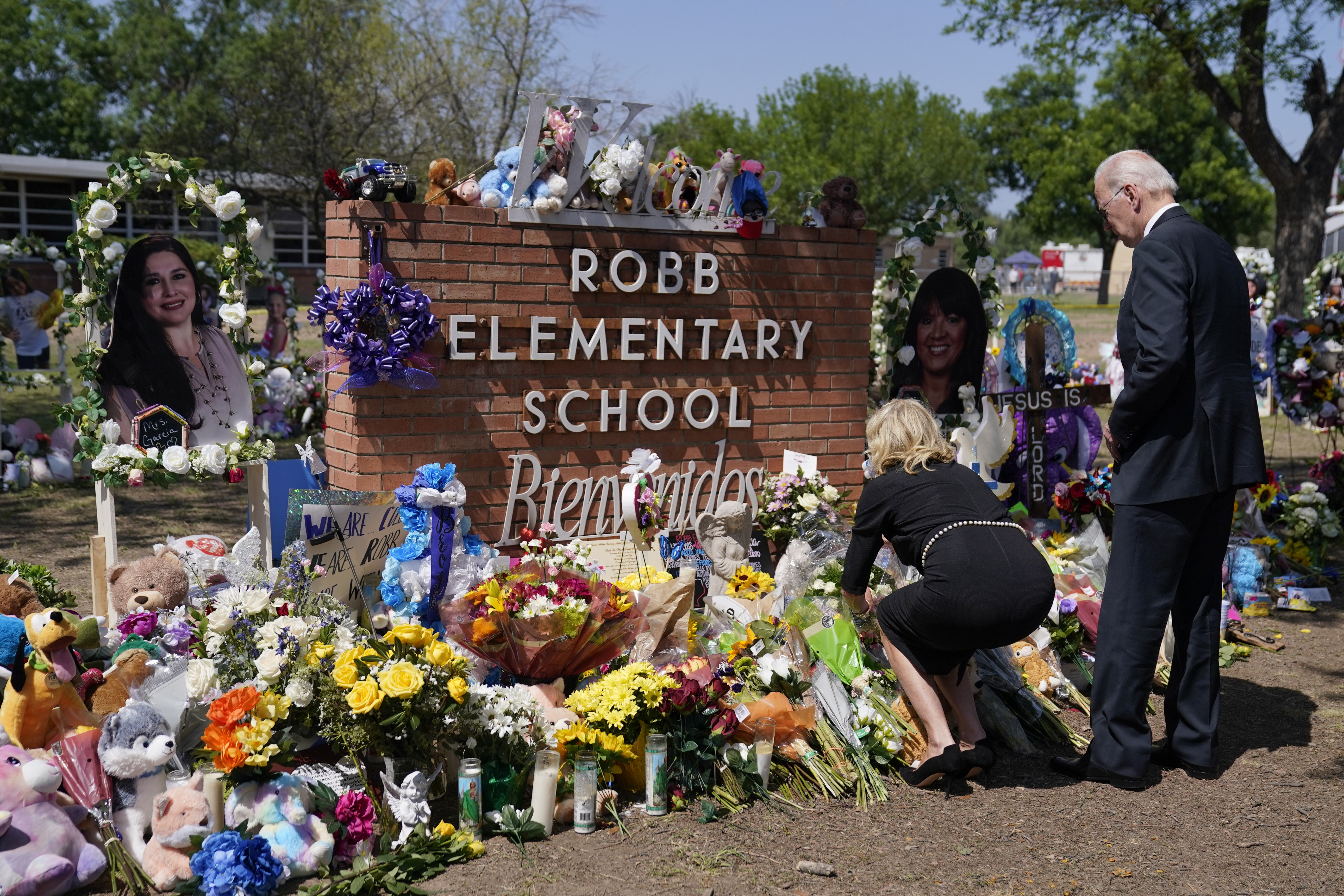 Uvalde Tells Biden to ‘Do Something'; He Pledges ‘We Will' After Texas Shooting, Schools Around US Boost Security

The goal of the review, which the mayor requested, is “to provide an independent account of law enforcement actions and response that day, and to identify lessons learned and best practices to help first responders prepare for and respond to active shooter events,” Coley said in a statement.

Handling the review is the department's Office of Community Oriented Policing Services. It was not immediately clear how the review would be conducted, whether law enforcement officials could be compelled to cooperate in the review and when it might be completed.

Such a review is somewhat rare and most after-action reports that come after a mass shooting are generally compiled by local law enforcement agencies or outside groups. The Justice Department conducted similar reviews after 14 people were killed in a terrorist attack in San Bernardino, California, in 2015, and after the mass shooting at the Pulse Nightclub in Orlando, Florida, the deadliest attack on the LGBTQ community in U.S. history that left 49 people dead and 53 people wounded.

"Getting to the shooter himself and containing him is the primary job the law enforcement have in such an emergency," says Robert McCrie, security management professor at John Jay College of Criminal Justice. He discussed the standard law enforcement procedure for responding to active shooters and the school safety standards that have been in place since the Columbine attacks in 1999.

The frustration, anger and questions about the response from police grew deeper on Friday after authorities revealed that despite repeated 911 calls from students and teachers, the school district’s police chief had told more than a dozen officers to wait in a school hallway. Officials said he believed the suspect was barricaded inside adjoining classrooms and that there was no longer an active attack.

The revelation caused more grief and raised new questions about whether more lives were lost because officers did not act faster to stop the gunman, who was ultimately killed by Border Patrol tactical officers.

Biden has not spoken publicly about the police response to the shooting.