Relatives of Paraguay's first lady are among the dozens of people missing after a beachfront condo building partially collapsed Thursday outside Miami.

Paraguayan Foreign Minister Euclides Acevedo told local media that six people from the South American country are still unaccounted for after the collapse. They are Sophia López Moreira, the sister of first lady Silvana Abdo, her husband Luis Pettengill, her three children and the family's assistant, according to Paraguayan authorities.

President Mario Abdo’s activities were cancelled for Thursday and Friday so that he can be with his wife while she waits for word on the fate of her sister and her family, Paraguay's government announced. 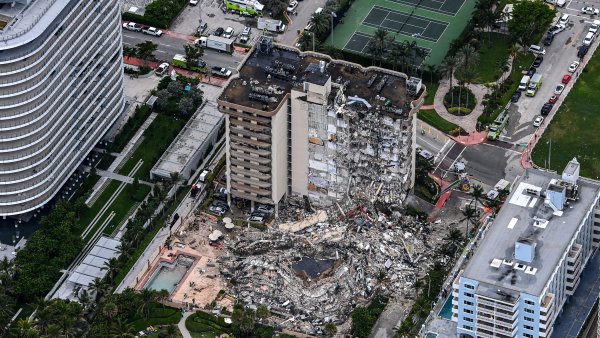 Florida Building Collapse: Eyewitness Describes How He Helped Save Young Boy From Rubble 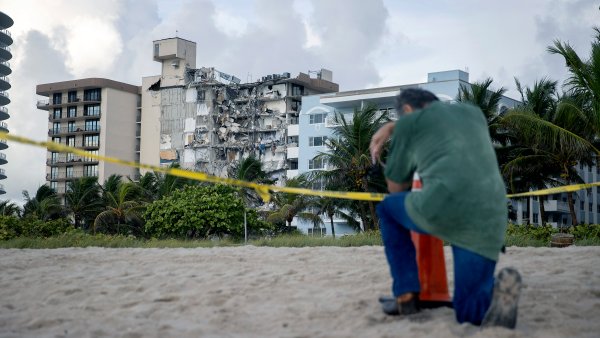 A total of 22 South Americans were missing in the collapse — nine from Argentina, six from Paraguay, four from Venezuela and three from Uruguay, according to officials in those countries.

Florida Sen. Marco Rubio tweeted that almost a third of the missing are foreigners, and that he's working with the consulates of different Latin American countries to help some of the families get U.S. visas.

The family's assistant was identified as Lady Luna. In Asuncion, Paraguay's capital, her cousin Lourdes Luna said she's a nurse and has been working with the Pettengil-López Moreira's family for two years.

“Before leaving home she asked me for my blessing,” Juana Villalba, Lady's mother, said to a local television channel. “As a mother, I have no consolation because they do not give me information about my daughter.”