Will Boston's Progressives Elect Its Next Mayor? It's Complicated

Tuesday's meeting of the JP Progressives showed that coalescing around one candidate in the mayor's race will not be easy -- with five candidates all touting progressive credentials, including Mayor Kim Janey

How important is the progressive vote in this year's Boston mayoral election?

"I don't think you'll get elected without having the progressives behind you," said Annie Rousseau, a founder of Jamaica Plain's JP Progressives.

She has seen how the progressive endorsement can make or break a candidate, like State Rep. Nika Elugardo, Suffolk County District Attorney Rachael Rollins and Congresswoman Ayanna Pressley.

But Tuesday's meeting of the JP Progressives showed that coalescing around one candidate in the mayor's race will not be easy -- with five candidates all touting progressive credentials, including Mayor Kim Janey.

"Are we going to keep her in office and moving those policies forward? Or do we elect someone else? And I think it's a really hard choice for some people," Rousseau said.

The mayoral race in Boston is wide open, but Michelle Wu and Kim Janey are in front of the pack.

The steering committee narrowly voted to endorse Janey but City Councilor Michelle Wu is a close second, leaving some concerned that the the fractured support could end up helping the candidate they see as a moderate, City Councilor Annissa Essaibi-George.

Political strategist Jacquetta Van Zandt said, "I never like to think of the progressive community as a monolith."

Van Zandt said all the candidates have progressive credentials, but the average voter doesn't consider that a litmus test.

State Rep. Jon Santiago has dropped out of the mayoral race because he believes the people of Boston want a woman to lead the city.

Still, Rousseau is confident at least one of the two preliminary winners in the race -- two candidates will win September's primary, then face off in the general election in November -- will be a strong progressive.

"Then, whoever that progressive candidate is, I will do everything I can to have them be elected as our next mayor," she said.

With so many still undecided, the mayor's preliminary could truly come down to the final days -- and political observers say to expect the results to be close. 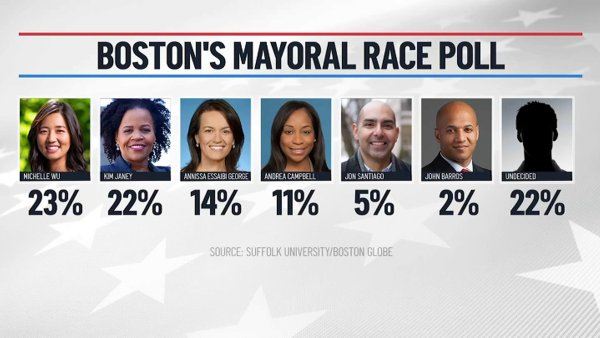 Michelle Wu and Kim Janey Sit Atop Polls for Boston Mayor, but Many Remain Undecided 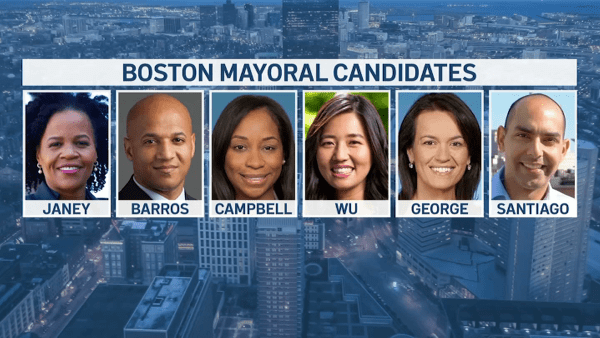 Boston Mayoral Swag: A Fashionable Front in the Battle for City Hall