It was another chilly start in New England this morning -- Norwood, Massachusetts got down to 39 degrees with some fog to start this Sunday.

Fog is mixing out to a blend of sun and clouds this afternoon with temperatures rebounding all the way to the lower 70s. There’s a front approaching from the west that may bring a shower or two to western and northern New England before the day is over. But it’s a pretty nice Sunday afternoon with not much wind, light breezes from the southeast and southwest.

The front crossing New England tonight is actually the left over energy from that early winter storm in The Rockies a few days ago. But it’s lost its energy, and most of us get little or no rain at all.

It will not be as cold overnight with low temperature mostly in the 50s and 60s.

Monday starts out with clouds near the south coast and also in the higher elevations west and north, but it should turn sunny for all of us in the afternoon the temperatures near 80 degrees in parts of southern New England but falling into the 60s north.

Much like what happened over the weekend, a new strong high-pressure system from Canada brings in chilly weather for Tuesday morning, with a possible frost once again near the Canadian border. But that high-pressure system will keep on moving so after one chilly day on Tuesday, we’re back into the 70s Wednesday and Thursday.

Very little rain in the forecast until maybe Thursday night and Friday. It depends on what happens with a remnant of tropical cyclone Sally which is expected be a hurricane near New Orleans Tuesday. 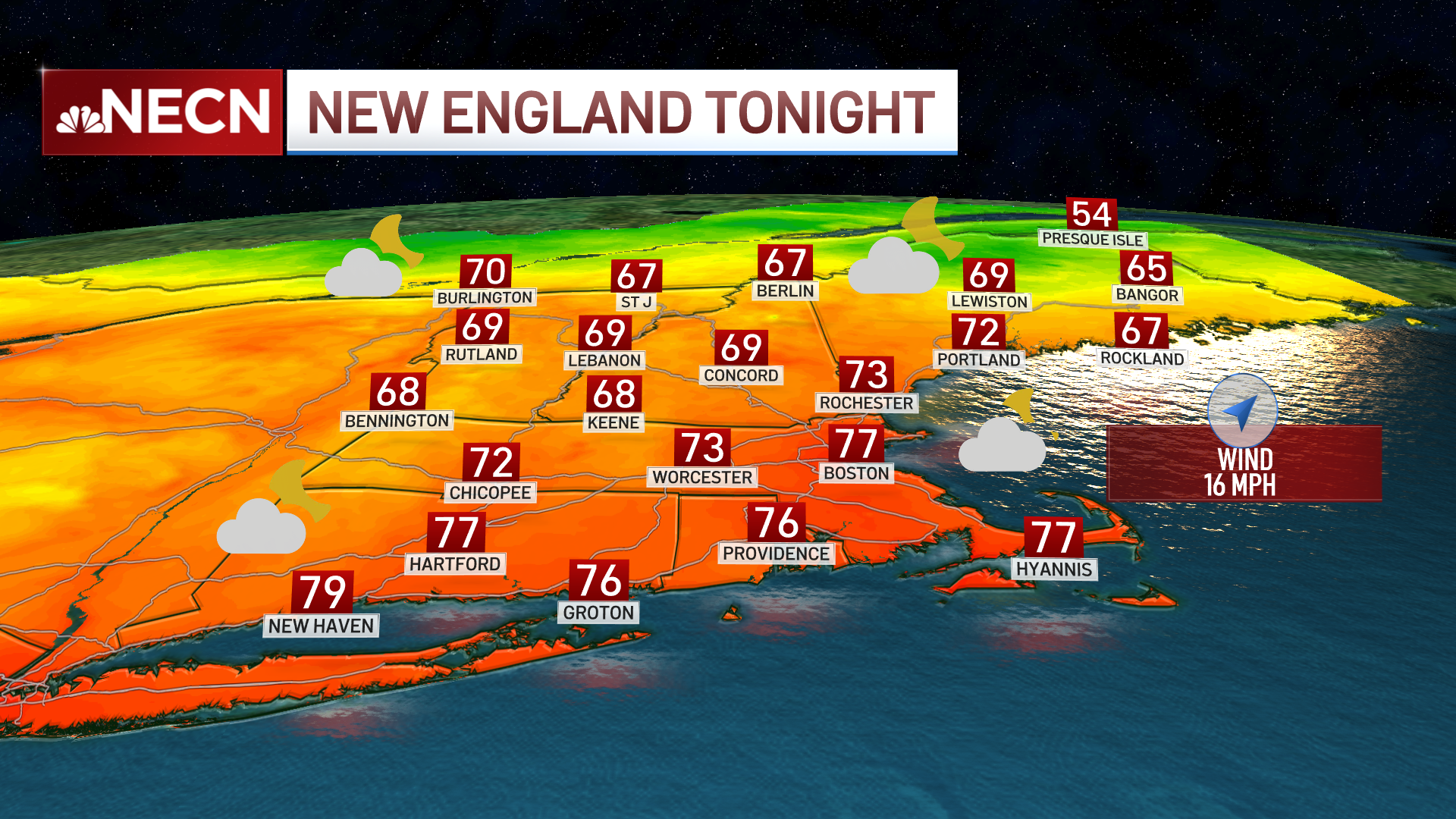 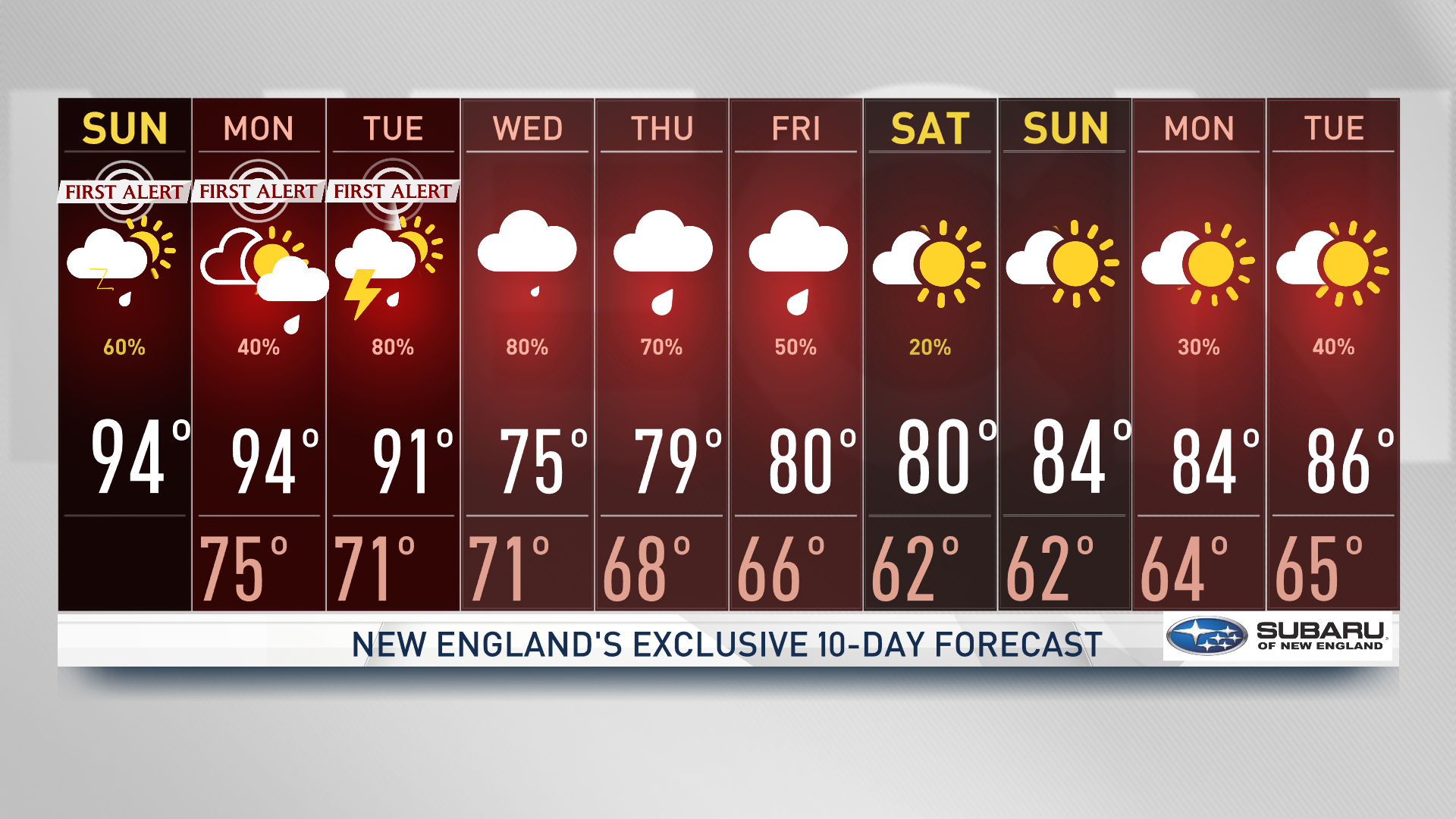 It looks like another disaster setting up for the Gulf Coast states with torrential rain and hurricane conditions. We may get some significant rain from Sally remnant here, late Thursday or Friday, as seen in our First Alert 10-Day Forecast.