We’ll see a few leftover clouds across eastern areas this morning in the wake of the cold front which passed through the region overnight.

A couple lingering showers across the lower and outer Cape early, but those should exit by 9AM.  The rest of today will feature cooler, closer to seasonable temperatures with some afternoon clouds and a gusty northwest wind.

A spot shower/sprinkle is not out of the question during the afternoon, especially across the higher terrain of southern and northern New England.  As far as the game goes this evening in Foxboro, it’ll feel more like football season once again with temps in the lower 60s at kickoff and dropping into the mid 50s by the end of the game.  Highs today reach the mid 60s south, low to mid 60s north.

Winds diminish tonight with a few passing clouds, it’ll be noticeably chillier than previous nights with low temperatures dropping into the mid to upper 40s across southern New England (few lower 40s ‘burbs), low to mid 40s north, with a few 30s in some of the colder valleys. 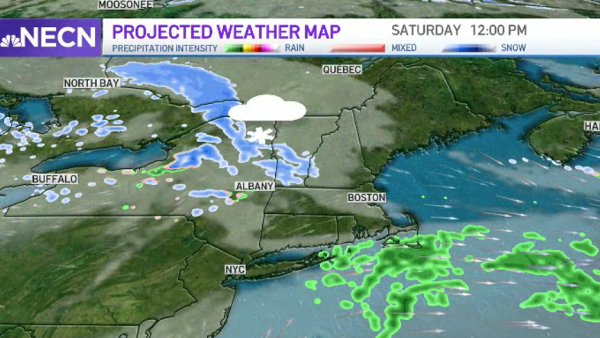 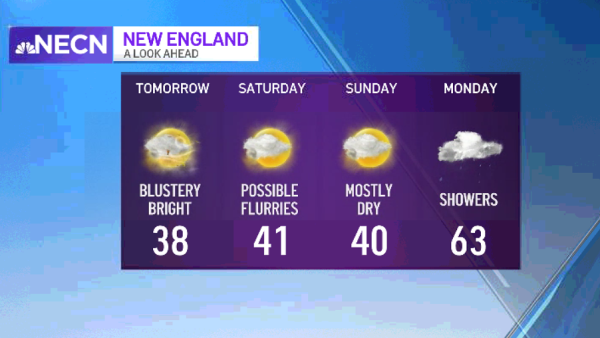 Windy, Warm for Remainder of Thursday with Chance of PM Shower

I’ll feel more like Autumn on Monday as an upper level trough of low pressure swings through the region during the day which allow for clouds to build during the afternoon.  A stray sprinkle/shower is not out of the question, but most of the day looks to remain dry.  Highs will be in the upper 50s to around 60 south, mid to upper 50s north.

Taking a look ahead to the ALCS games scheduled to play Monday and Tuesday at Fenway, it’s looking cool and dry for both games with temps in the low to mid 50s to start.

Have a great day!