We’ll really feel the brush of cool air on Tuesday, as many locations struggle to make the mid-60s

After the chilly, mostly cloudy start Sunday, we fared pretty well for this opening day of the NFL season (thankfully, so did the Patriots). More sun will flood into the forecast for the next few days. Showers are few (if any) and the temperatures will swing from one extreme to another -- both during the day AND from day to day.

First up is the front passing overnight. Not much fanfare (has there really been any at any point since May?) with more clouds than anything. Winds will shift to the northwest by morning as a cooler air mass is shoved into New England. We won’t quite feel it Monday as mild southwest winds buffer us from a chilly night.

We’ll really feel the brush of cool air on Tuesday, however, as many locations struggle to make the mid-60s. Another nippy start is in store for Wednesday morning, even with some 30s into southern New England. Heat and Humidity Continue as Scattered Showers, Storms Move in on Tuesday 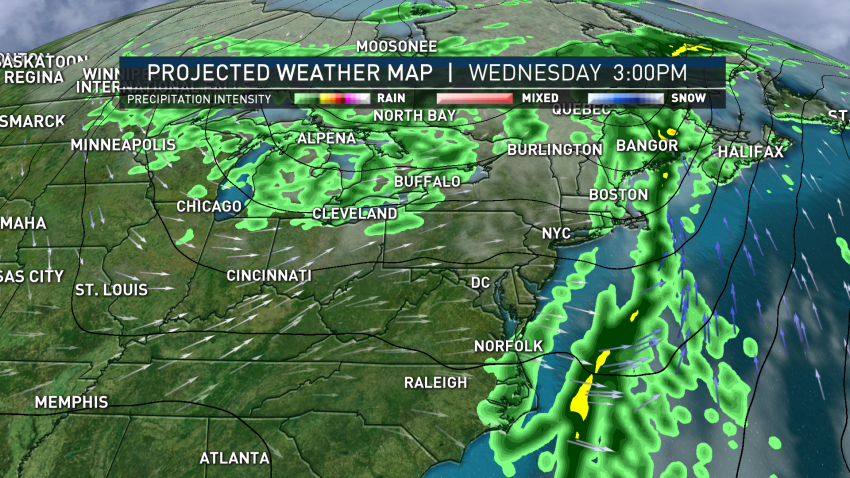 Rain Is Finally on the Way. Here's How Much Will Fall, and When

Thereafter, it’s all about the moderation in temperatures ahead of another chilly blast of air next weekend. The only threat for showers that I see will come from a front on Thursday night/Friday. Here, too, the amounts are almost too small to mention.

Tropical storms/hurricanes threaten both the Gulf (between Louisiana and Florida) and Bermuda. While both cyclones curve north into the higher latitudes as they unravel, no part of either storm will get yanked into New England as “remnants." Sadly, this will prolong our drought, which is now starting to threaten the foliage season.