The new omicron variant took only a few weeks to live up to dire predictions about how hugely contagious it is but scientists don’t yet know if it causes more severe disease even as the world faces exploding cases just before Christmas.

“Everything is riskier now because omicron is so much more contagious,” said Dr. S. Wesley Long, who directs the testing lab at Houston Methodist Hospital — and over the past week has canceled numerous plans to avoid exposure.

Omicron now is the dominant variant in the U.S., federal health officials said Monday, accounting for about three-quarters of new infections last week.

The mutant's ability to spread faster and evade immunity came at a bad time — right as travel increased and many people let down their guard. But what the omicron wave will mean for the world is still unclear because so many questions remain unanswered.

Dr. Anthony Fauci said Wednesday that new data show booster shots of COVID-19 vaccines offer protection against the omicron variant and there is no current need to reformulate shots for variant-specific boosters.

Here’s the latest on what’s known and what’s still to learn about omicron.

HOW MUCH PROTECTION DO VACCINES OFFER?

Vaccines in the U.S. and around the world do not offer as much protection against omicron as they have against previous versions of the coronavirus. However, vaccines still help — a lot. Lab tests show while two doses may not be strong enough to prevent infection, a booster shot of either the Pfizer or Moderna vaccine produces virus-fighting antibodies capable of tackling omicron.

Antibody levels naturally drop over time, and a booster revved them back up again, by 25 times for Pfizer’s extra shot and 37 times for Moderna’s. No one knows exactly what level is high enough — or how long it will be before antibody levels begin dropping again.

But if the virus gets past that first line of defense, the vaccinated have additional layers of protection.

“The vaccines are going to protect you against severe disease, hospitalization and death,” said Houston Methodist's Long. “And that’s really the most important thing.”

Those extra defenses include T cells that mobilize to beat back the virus, plus memory cells that, once reactivated, race to make more and stronger antibodies.

“The unvaccinated are responsible for their own choices,” President Joe Biden said on Tuesday. “Those choices have been fueled by cable TV and social media. These companies and personalities are making money by peddling lies and misinformation that can kill their own customers and own supporters. It’s wrong. It’s immoral.”

WHAT ABOUT NATURAL IMMUNITY?

A prior infection doesn’t seem to offer much protection against an omicron infection although, like with vaccination, it may reduce the chances of severe illness.

In South Africa, where omicron already has spread widely, scientists reported a jump in reinfections that they hadn’t seen when two previous mutants, including delta, moved through the country.

In Britain, a report from the Imperial College of London on Friday found the risk of reinfection from omicron was five times higher compared to the earlier delta variant.

Health experts say anyone who’s survived a bout of COVID-19 still should get vaccinated, because the combination generally offers stronger protection. 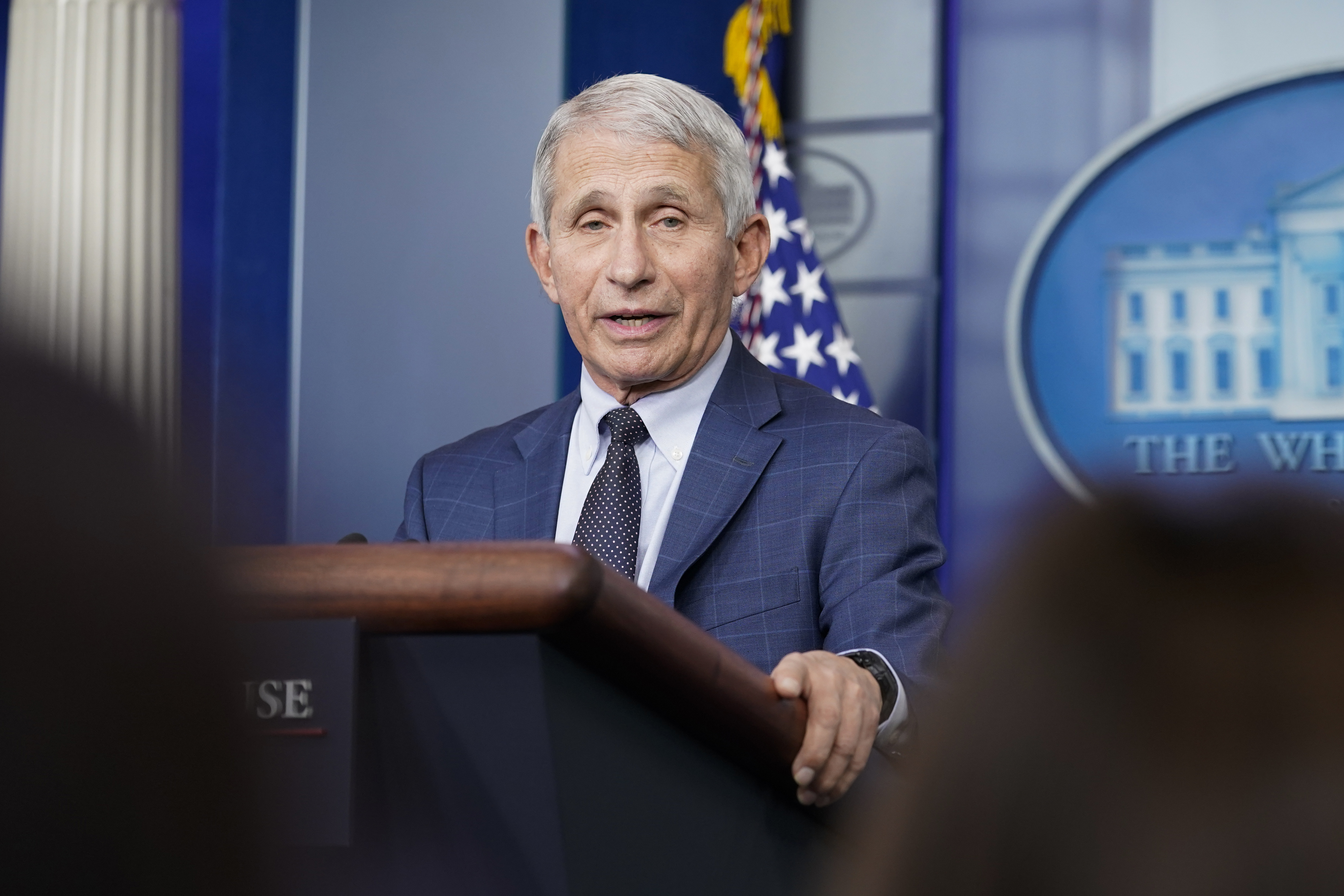 WHY ELSE DOES OMICRON SPREAD SO FAST?

Scientists are trying to decode the dozens of mutations that omicron carries to figure out what else is going on. Researchers in Hong Kong recently reported hints that omicron may multiply more quickly in the airway than delta did, although not as efficiently deep in the lungs.

It’s still too early to know — especially given that if the vaccinated get a breakthrough infection, it should be milder than if omicron attacks the unvaccinated.

Early reports from South Africa suggested milder illness but doctors were unsure whether that’s because the population is fairly young — or that many retained some protection from a recent delta infection.

And that British study found no evidence that omicron has been milder than delta in Britain, even with young adults — who would be expected to have milder illness — having higher rates of infection with omicron.

"There’s a hint, and I think many of us are hopeful, that omicron will be less severe. But I don’t think we can bet the farm on that. We’re still talking about SARS CoV-2, a virus that has killed millions of people,” said Dr. Jacob Lemieux, who monitors variants for a research collaboration led by Harvard Medical School.

Omicron accounted for 73% of new COVID-19 infections last week in the United States, according to federal health officials.

WHO’S MOST AT RISK?

Based on the behavior of other variants, “if you’re older, if you have underlying conditions, if you’re obese, you’re more likely to have severe disease. I don’t think it’s going to be any different” than other variants, said Dr. Carlos del Rio of Emory University.

But even if you don’t get very sick, an omicron infection could certainly ruin the holidays. Experts agree that in addition to getting vaccinated and boosted, it's wise to get back to the basics of protection: Wear masks indoors, avoid crowds and keep your distance.